Today NVIDIA officially unveiled its first consumer facing GK110 graphics card: the GeForce Titan. Although GK110 launched last year, gamers didn't have access to it as it launched exclusively as a Tesla part. No less than 18,688 GK110 based Tesla K20X GPUs were deployed in the Titan Supercomputer at the Oak Ridge National Laboratory, which did a good job of eating up almost all GK110 production. With the Titan Supercomputer launched and out of the way, GK110 could make its way into the consumer space. The development costs and effort to bring a 7.1 billion transistor chip to market are huge, so it makes sense to try and sell as many chips as possible, even if they're well above the sweet spot on the price/performance curve. 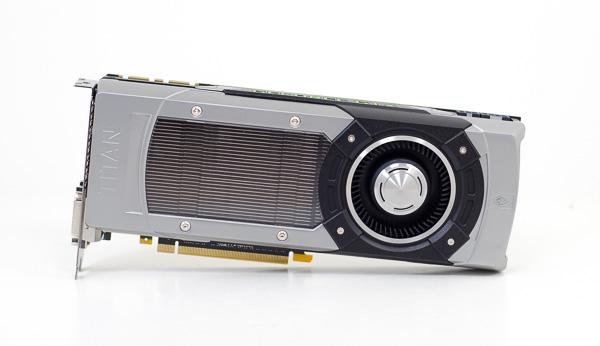 NVIDIA saw three target markets for GeForce Titan: 1) CUDA developers, 2) ultra high-end gamers looking for great 3-way SLI performance and 3) users looking to build a high-end small form factor gaming machine that only has room for a single, dual-slot graphics card at most. The first group is easy to address, and later this week we'll have compute benchmarks to begin to address that community (and perhaps even more over the coming months). It's the second and third groups that require a somewhat different approach.

To showcase what could be done with GeForce Titan, NVIDIA asked some of its closest system builder partners to build gaming systems around the new GPU. We had the choice of getting either a 3-way SLI system or a single card, small form factor machine. We were faced with a bit of a dilemma. A 3-way SLI system would mean we'd be able to share Titan SLI performance data, but the more exciting system would be the SFF machine. Ryan asked for both.

Given that Ryan is tasked with actually reviewing GeForce Titan, it made sense for him to get the beefy 3-way SLI system so he could get the review done. Seeing as how we only had a few days scheduled with Titan before the NDA would lift on performance data, Ryan didn't have the bandwidth to look at both systems and do the standalone GeForce Titan review. I had a bit of time before MWC, so I offered to help. 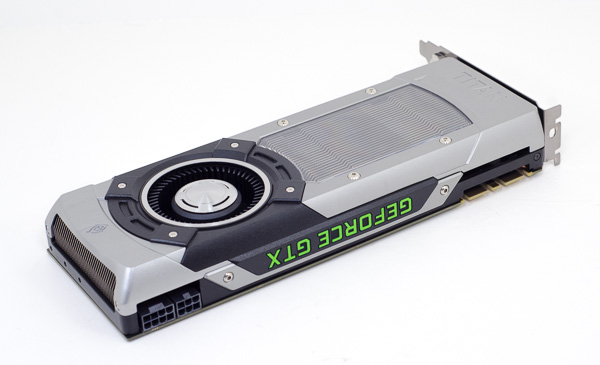 Although we're able to talk about experiences with Titan and the specs of the platform today, our full GPU review complete with performance won't hit until Thursday. This is just a chance to get an early look at the card and some of the types of systems that will use it. Ryan's piece will look at a 3-way SLI rig from Origin as well as the details of the GeForce Titan itself.

I've never technically purchased a pre-built desktop PC. My first build was an AMD 486 DX4-120, and before that I just used my dad's Packard Bell 386 SX-20. Excluding Macs and notebooks, I've always built my own PCs. When NVIDIA asked what vendor I'd like to have build me a GeForce Titan machine, I threw the ball back in their court: "whatever's best".

What showed up was this, the Tiki from Falcon Northwest. 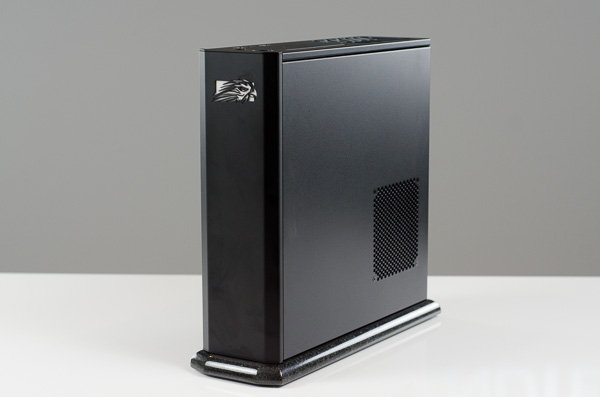 I'd heard of the Tiki before, and I'd seen photos, but I had never encountered the system up close. The idea of building a small form factor, high performance gaming PC was always intriguing but I never got around to building one myself. By the time mini-ITX motherboards had matured enough, and high-end CPUs finally dropped below 100W, I stopped having time to play PC games regularly. Whenever I had the time to game, I'd just toss a bunch of components on the test bench and use that. A friend dropped by with a BitFenix Prodigy build last year and I was very impressed, tempted to go off and build one myself even. I never did, that pesky lack of time reared its ugly head once more.

I shared this backstory with Kelt Reeves, Falcon NW's President. To my surprise he told me that many of his customers were in a similar situation: very time constrained. That's why they turned to him to build them systems.

Inside the Tiki
Tweet
PRINT THIS ARTICLE
Comments Locked