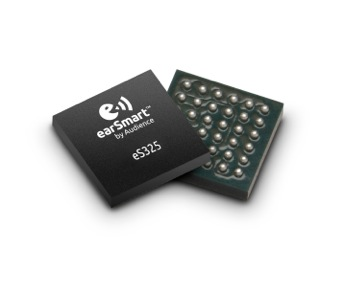 Earlier this year Audience announced the eS515, a combination new-generation voice processor and audio codec. The eS515 brought three-microphone noise suppression along with improved noise suppression for reverb, more wideband audio modes, improved ASR (assisted speech recognition) and multimedia features for recording video or interviews. Today Audience is announcing another member of that family, the eS325, which is essentially an eS515 without the audio codec features, essentially the same voice processor IP block but standalone and discrete for OEMs who choose to implement it. 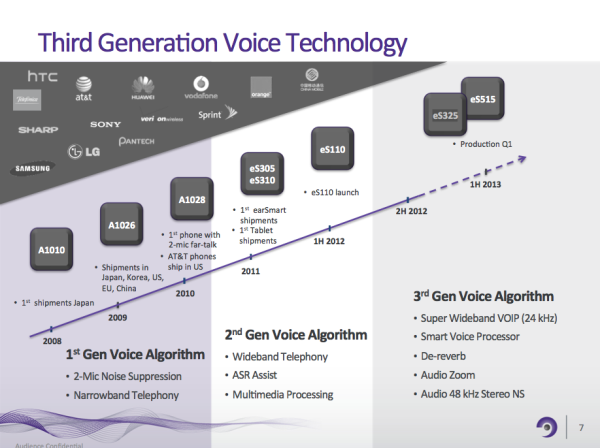 The eS325 is built on a 40nm process, just like the eS515. Previous generations were built on a 65nm process, and there's a resulting reduction in power consumption from the process change of anywhere between 40 to 50 percent. This is a big gain since some of the OEM feedback I've heard is that the tradeoff between Audience and other solutions is that although noise suppresion might be better, there's a power penalty that shows up in call times. The eS325 has a 3x3mm package, and also includes SLIMbus, which is important on Fusion 3 platform devices and forward from Qualcomm (APQ8064+MDM9x15) since there's no longer any I2S on that platform, something which has resulted in a lot of industry change toward SLIMbus. 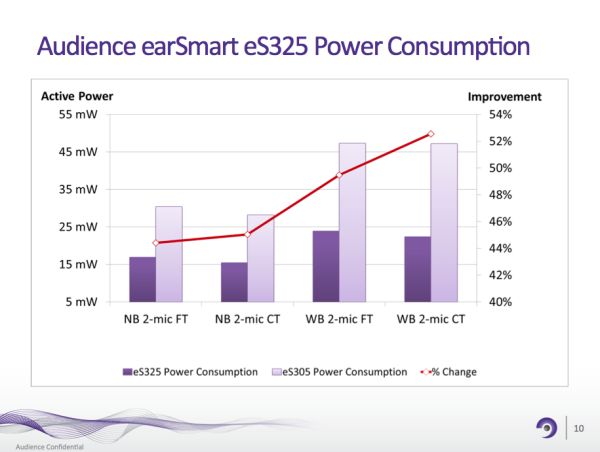 I'm told we will see a number of phones with eS325 this year from the usual suspects (likely Samsung, who has been a regular customer) which will bring the full three-microphone noise suppression feature to bear. In addition there are some new details about just how much performance improves over the previous generation using the three-microphone method, which is anywhere between 4-7 dB. 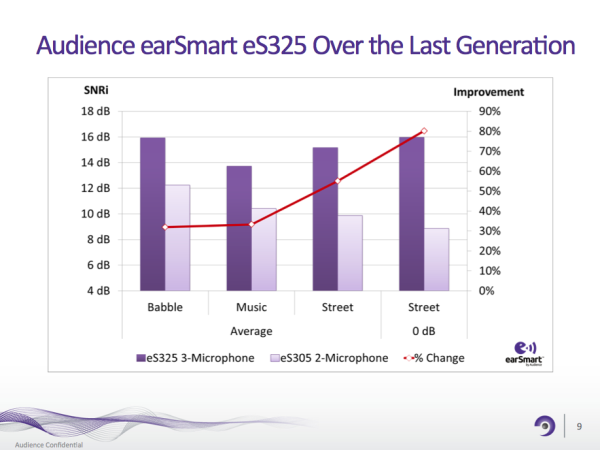