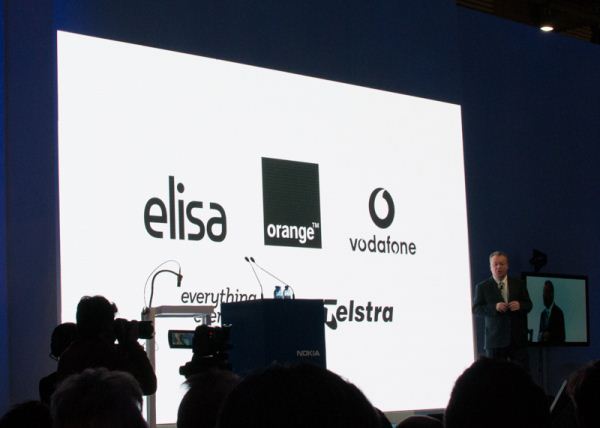 03:16AM EST - "It hasn't always been easy" executing on the new strategy for Nokia, but Elop says they're still committed to bringing those experiences to every market and category

03:15AM EST - Nokia is talking about a number of business to business wins with Lumia

03:13AM EST - Talking about more partners using the same set of APIs they've opened up for other developers

03:12AM EST - Nokia is opening up core imaging, location based services APIs to developers 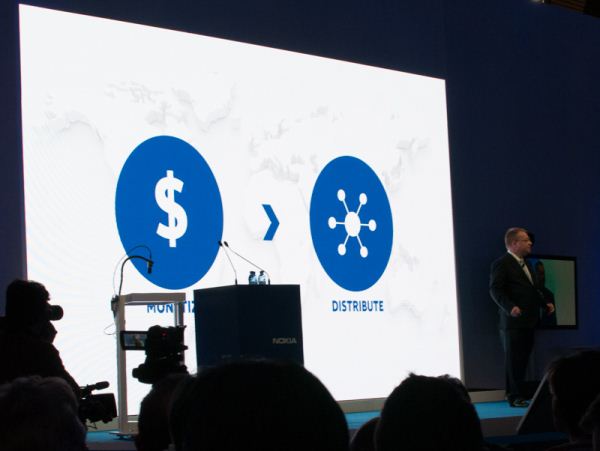 03:10AM EST - Here maps will become available on the new Firefox OS from Mozilla 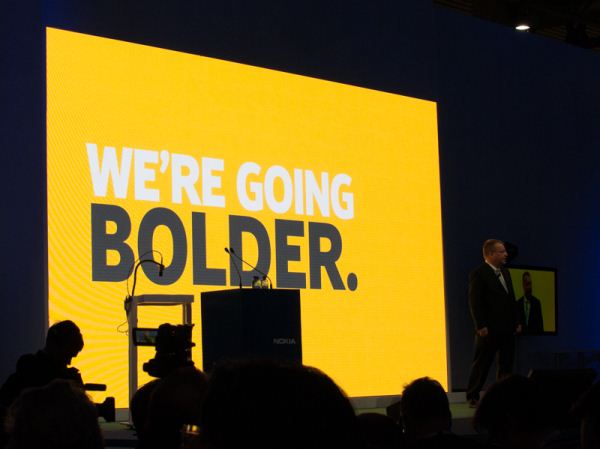 03:10AM EST - The big game is getting more data and feedback from devices running the Here software to get a better experience

03:09AM EST - Elop is talking about how much bolder Nokia is going to be, with Here experience available on non Windows Phones 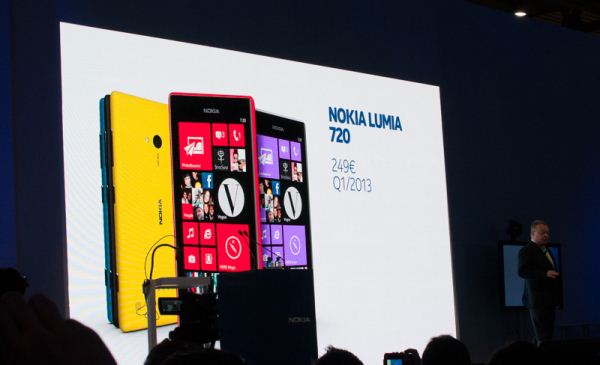 03:08AM EST - Lumia 720 starts rolling out in Asia in Hong Kong, Vietnam, and Singapore in Q1 before expanding to more markets in Q2, prices start between 249 euros

03:07AM EST - Lumia 520 this quarter starting in Hong Kong and Vietnam, then rolling out elsewhere including USA T-Mobile in Q2, prices start around 139 euros 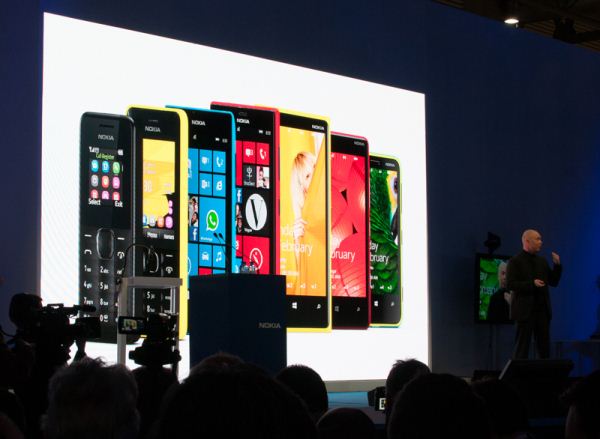 03:06AM EST - We're looking at a great graphic of the portfolio of Nokia devices 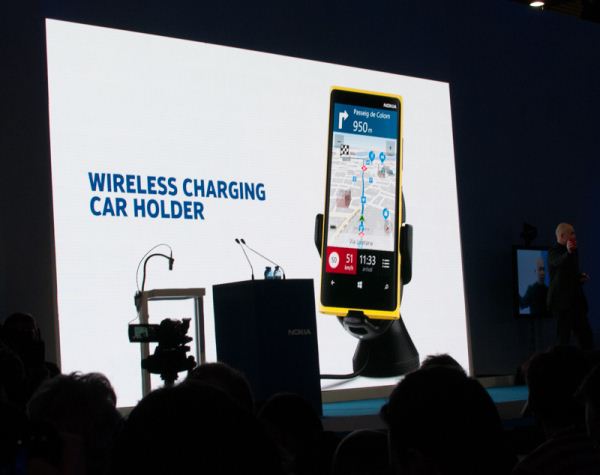 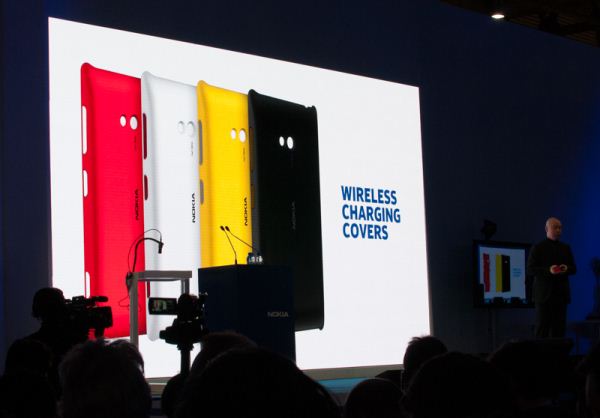 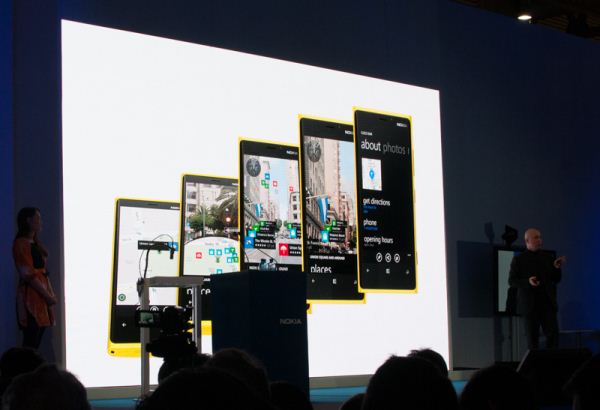 03:03AM EST - Wow, overlays of the viewfinder on maps and navigation, the interface looks pretty slick, with like waypoints and a compass rose at the bottom 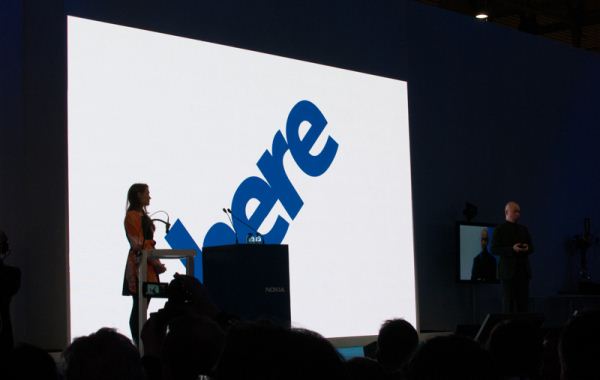 03:02AM EST - Augmented reality, the user interface of "sight"

03:01AM EST - Lumia 720 demoing some of the newest features with Here maps

03:01AM EST - Place tag on the Lumia 720 in beta, which allows you to include location data and notes with the photos

03:00AM EST - Better front facing camera as well with a wider angle field of view 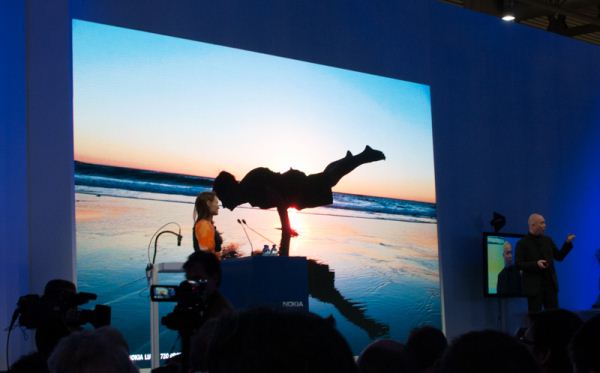 02:58AM EST - Real surprise in this mid range Nokia smartphone is the camera, with Carl Zeiss optics, with F/1.9 aperture (wow, just beating F/2.0 on some other cameras)

02:57AM EST - HTML5 support in beta for bigger screens and browsers - to play back and access Nokia Music 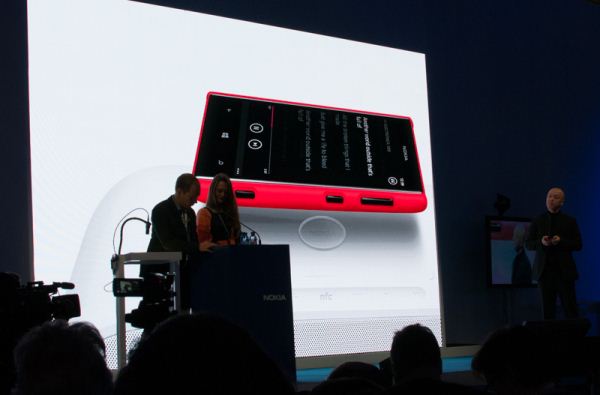 02:57AM EST - Talking about Nokia Music Plus right now which is a paid upgrade over Nokia Music with enhanced music quality, unlimited playlists for offline use, and lyrics

02:56AM EST - First unibody with microSD support as well

02:55AM EST - ClearBlack benefits being outlined, and the 720 also has the higher sensitivity touch panel 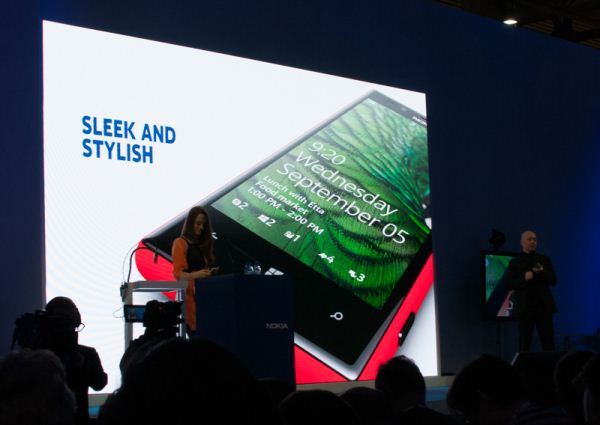 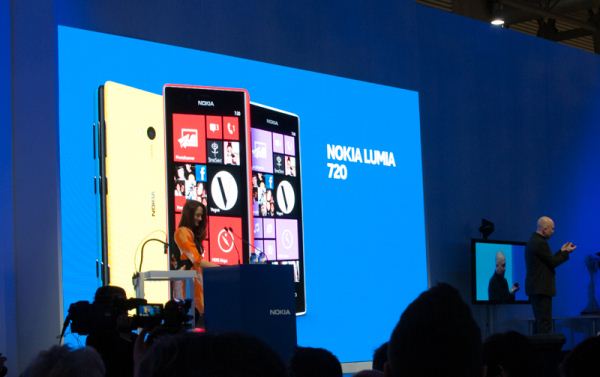 02:54AM EST - Lumia 720 is engineered for non-LTE markets, aimed at broader reach 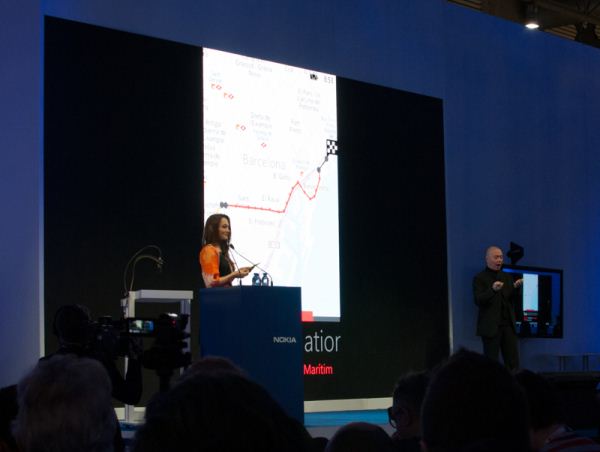 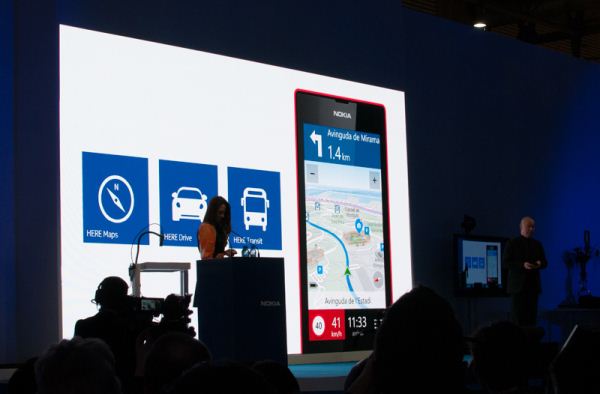 02:52AM EST - Here comes preloaded on the 520, this is the new brand for Nokia's mapping services, drive, and transit

02:50AM EST - This works over a modern browser apparently, not Miracast or something similar 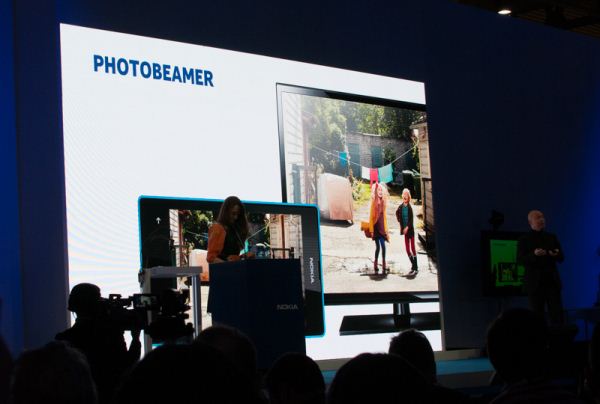 02:50AM EST - Photobeamer allows you to take over another screen, on a smartphone or another display

02:49AM EST - We're seeing cinemagraph on the 520, which is again animated GIF creation on the WP8 platform 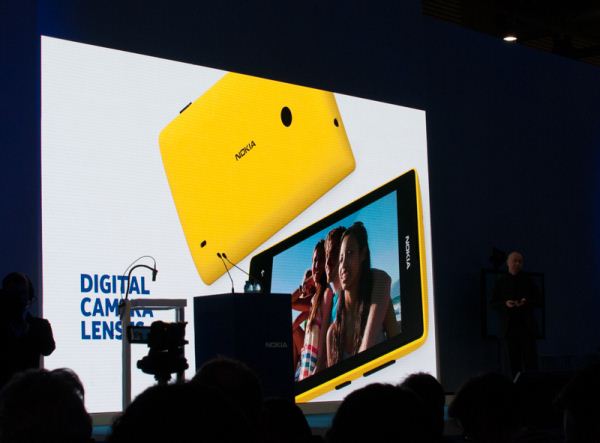 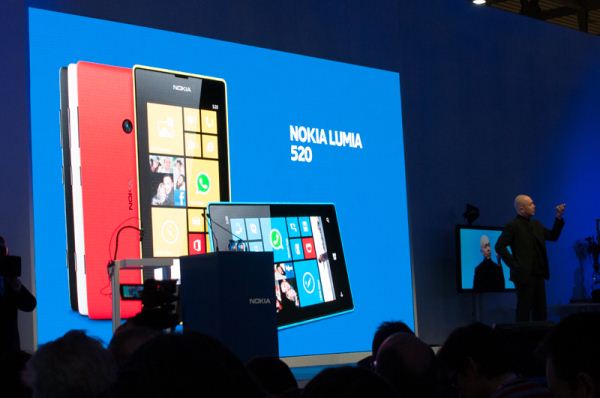 02:47AM EST - Most affordable WP8 smartphone from Nokia 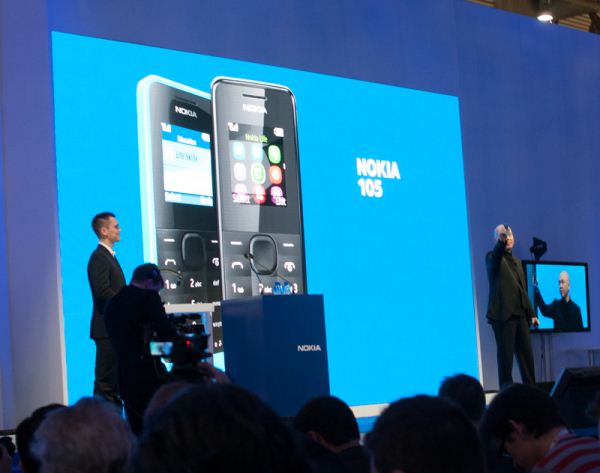 02:45AM EST - Introducing the Nokia 105 which is Nokia's new entry level phone

02:41AM EST - Voice assisted MySpace angle shooting looks pretty neat - the phone tells you to move the angle left, right, up or down to center your face in the frame

02:40AM EST - We're looking at the camera experience on the 301 which includes features from other higher end cameras in Nokia's lineup 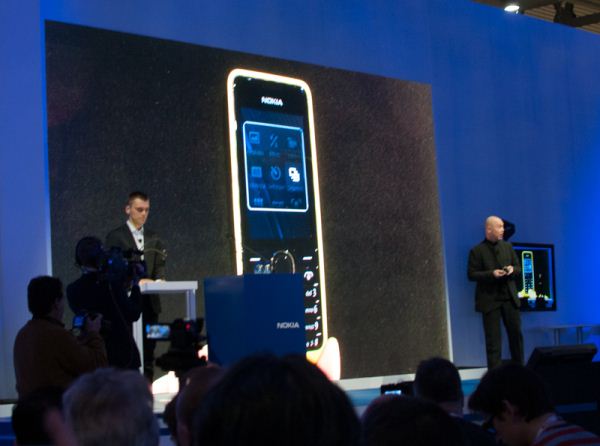 02:38AM EST - New apps for the platform including Twitter, whatsapp, and better imaging 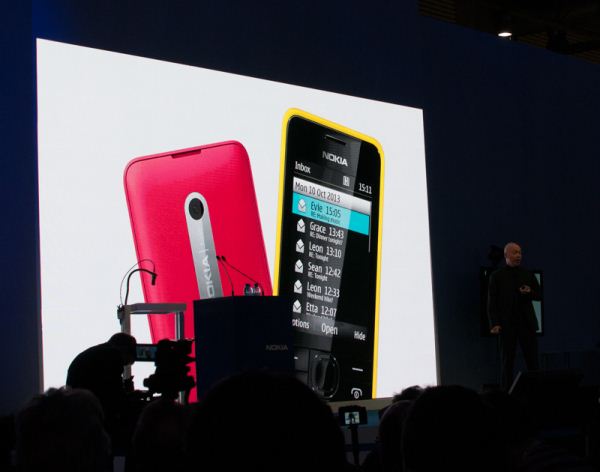 02:38AM EST - Same browser as the other Asha phones with compression, smooth thanks to 3.5G 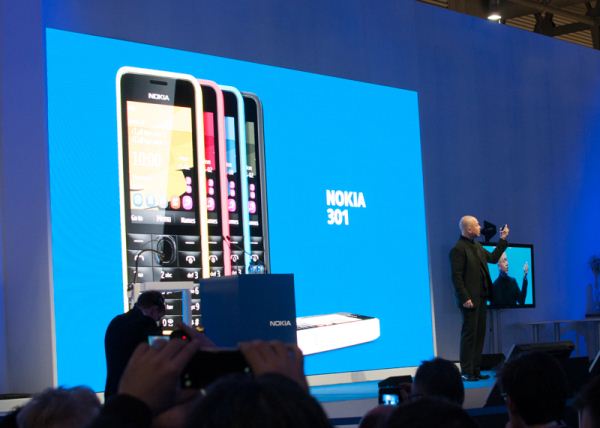 02:35AM EST - "We want to be better by focusing on the things people do with their phones every day"

02:35AM EST - "One unified design approach across our portfolio, with a distinctly Nokia identity which is pure with only the essentials, human, warm, and advanced"

02:35AM EST - Nokia's lead designer is talking about design of the new phones 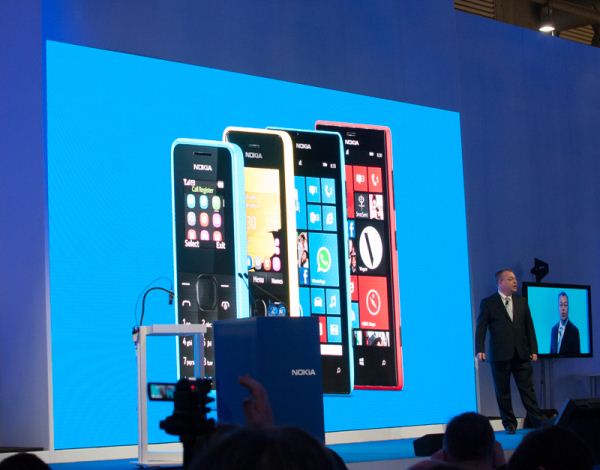 02:33AM EST - Elements of high end Lumia flagship devices are going to be brought to more people with affordable devices that are also aspirational. 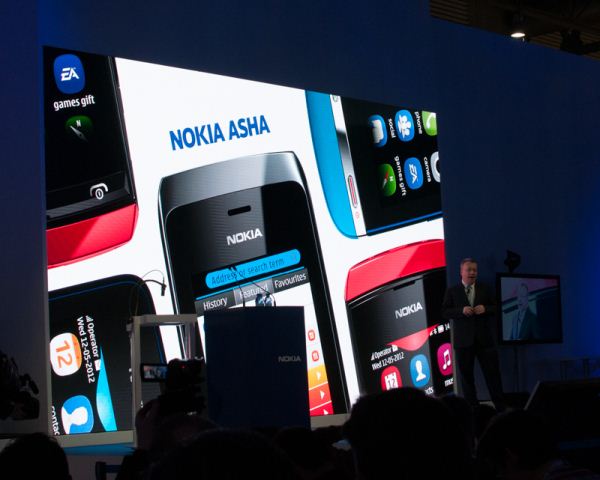 02:33AM EST - Elop is talking about the Asha product line and other launches 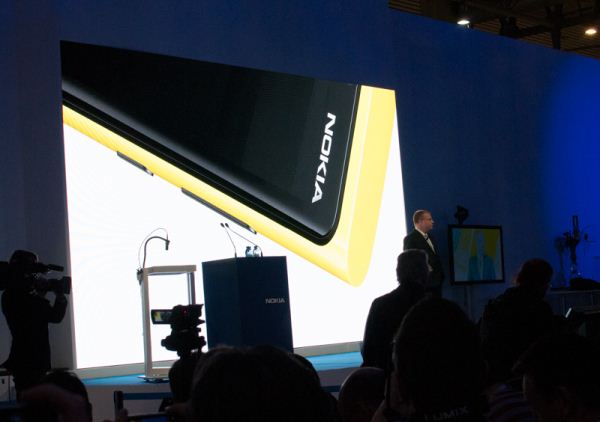 02:32AM EST - Phew we got started a bit late since WiFi was flakey, but Elop is out on stage talking about the Lumia 920 and Lumia 822 launches right now