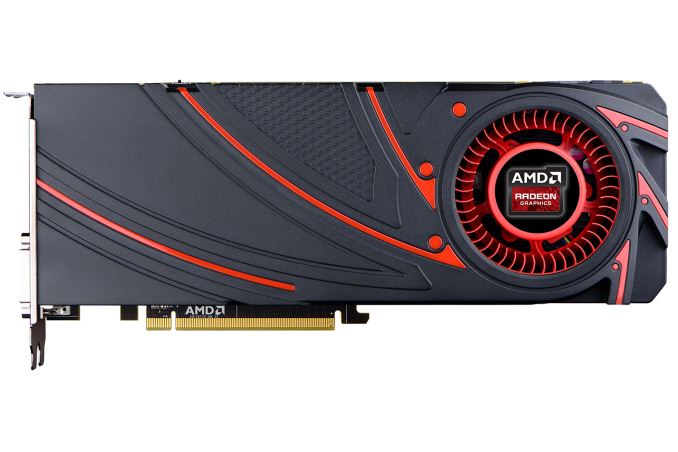 With the launch of NVIDIA’s Maxwell-powered GeForce GTX 900 series last month, it was immediately obvious that NVIDIA had been able to deal a swift blow to AMD’s product lineup by surpassing AMD’s performance while significantly undercutting their pricing. At the time we were expecting AMD to quickly respond with the necessary price cuts to keep the R9 290 series competitive with the GTX 900 series, but surprisingly even a week later this had yet to happen.

Now a bit over two and a half weeks after the GTX 900 series launch, we’re finally seeing Radeon R9 290 series pricing fall in response to NVIDIA’s launch. AMD has not announced an official price cut at this time – and admittedly neither AMD nor NVIDIA tend to announce reactive price cuts – so it’s not clear whether this is AMD’s doing, board partner’s, retailers, or most likely all three. But regardless, retail video card prices at Newegg and other etailers have seen some substantial drops that help bring back at least some balance between AMD and NVIDIA’s high end video card lineups.

A number of Radeon R9 290 cards can now be found for around $300 after rebate, with a couple more factory overclocked models at $310. With HIS, Sapphire, PowerColor, Asus, and XFX represented, this is a broad selection of vendors with a bit less than half of Newegg’s stock now at or around $300. Meanwhile R9 290X can be found for $399, again with a wide selection of vendors and roughly half of Newegg’s stock at or near that price. The remainder of Newegg’s stock in turn generally consists of heavily overclocked or otherwise premium cards that carried their own price premium before these latest cuts.

Speaking of AMD card prices, it should also be noted that AMD’s Never Settle Forever bundle is still active even after this round of price cuts. AMD and their partners will be continuing to try to influence the value proposition of their products by including free games.

For AMD these price cuts don’t come a moment too soon, and while they are going to help the competitive landscape I’m not convinced this is the last time we’re going to see AMD cut prices. As we discussed in our review of the GTX 970, comparing stock-to-stock, the $329 GTX 970 is every bit as fast as the now $400 R9 290X. If AMD wants to be price/performance competitive with NVIDIA then there’s still an additional $70 price difference between the two cards, a gap further muddied by AMD’s game bundle and NVIDIA’s superior energy efficiency. Strictly speaking $400 may not be low enough for the R9 290X, but no doubt AMD wants to see what sales are like at $400 before cutting prices on their single-GPU flagship any further.

The R9 290 on the other hand is in an interesting spot. At resolutions below 2160p it trails the GTX 970 by around 10%, but then again at $300 it’s also priced about 10% lower.  Since it ships at a lower clockspeed than R9 290X a lot of AMD’s partners also goose the core clock on R9 290, which improves performance a bit but isn’t enough to close that 10% gap. What it does mean however is that at least so long as energy efficiency is not a concern, R9 290 is appropriately priced for its performance. However if energy efficiency is a concern, then AMD doesn’t have any kind of counter to GM204 at this time.

If anything the one wildcard at this point is the availability of the new GeForce cards. Despite stock more-or-less holding up immediately post launch, we’ve seen both the GTX 980 and GTX 970 go out of stock in the last week. As of the time of this writing it looks like Newegg has received their Tuesday shipment, so there is stock available, but it’s a thin selection of just a few different cards (including a model or two at MSRP). For prospective buyers this means either playing inventory games or grabbing the AMD alternative, and for AMD this is all the more reason not to cut prices too drastically while GeForce availability is still limited. As for NVIDIA it’s been a while since we’ve seen them capacity constrained on the high end, so while it’s solid evidence that they’ve done everything right with the GTX 900 series launch, it does mean that they’re also going to be leaving sales on the table until supply and demand level out.