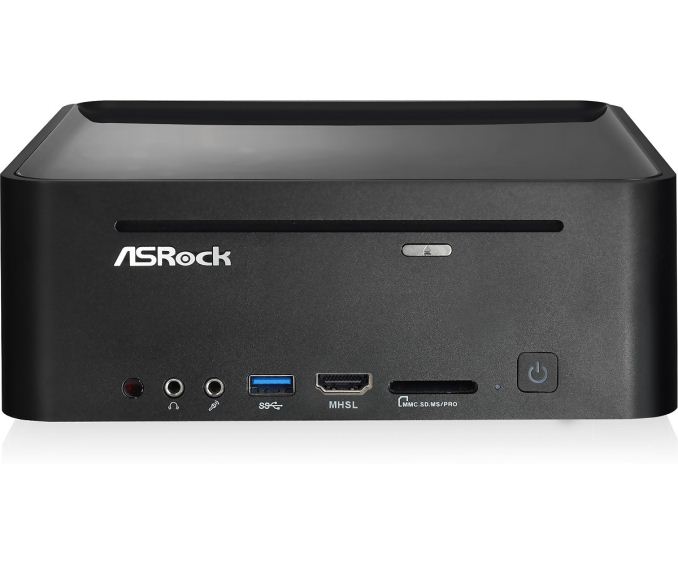 ASRock has been one of the few motherboard vendors to focus on mini-PCs targeting the HTPC and portable gaming markets. Starting from the ION-based nettop days, they have consistently refreshed the mini-PC lineup in sync with Intel's product cycle. We reviewed the Haswell-based VisionX 420D last September. Instead of waiting for Broadwell / Skylake, ASRock has taken the opportunity of falling flash memory prices to bring out a mid-generation update in the form of the VisionX 471D.

In terms of external appearance, the VisionX 471D and the VisionX 420D are one and the same. However, there are two major updates under the hood. The Core i5-4200M is replaced by a Core i7-4712MQ, and the empty mSATA slot in the VisionX 420D now comes occupied by an ASint mSATA SSD. These two updates address some of the improvement aspects that we noted in our VisionX 420D review. In the rest of this review, we will see how the new VisionX 471D fares in our mini-PC evaluation routine. In particular, we will see if there are tangible improvements in real-life workloads, while also identify any caveats that arise due to the additional capabilities.

The VisionX 471D comes in a barebones configuration (i.e, no OS installed). However, the RAM and disk drives are already pre-installed. A DVD with the drivers and utilities is also supplied with the package. Usually, a USB key would be preferable. However, the unit comes with an optical drive, and that justifies the driver DVD. In any case, we ended up installing the latest drivers downloaded off ASRock's product support page. In addition to the main unit, the other components of the package include a 120 W (19V @ 6.32A) adapter, a power cord (customized to the country of sale), a MHL cable, a DVD to VGA adapter, a Media Center remote, an OEM version of CyberLink PowerDVD 10 and a quick-start guide. The internal setup also provides space for a second 2.5" drive. The package also includes appropriate SATA power and data cables as well as screws for mounting the optional drive. 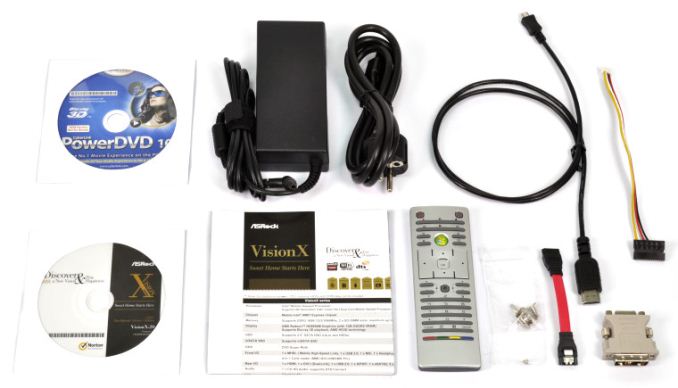 The gallery below takes us around the hardware inside the unit.

The most interesting new component inside the unit is the ASint mSATA SSD. ASint seems to be more of an OEM supplier, given the fact that there is absolutely no reference to the SSDMSK256G-M1 model being used by ASRock anywhere on the Internet. Even ASint's product page doesn't carry the model as yet. In any case, thanks to easy accessibility, we were able to determine that the SSDMSK256G-M1 is based on the JMicron JMF667H combined with four IMFT 64 GB 20nm NAND chips. We have already carried out a detailed review of the reference kit with the new firmware. Readers now know what to expect - a decent performer that is also economical. While ASRock used to sell their premium Vision 3D PCs a couple of years back at $1000, we now have a 256 GB mSATA SSD integrated along with a Core i7 CPU at the same price.

In the table below, we have an overview of the various systems that we are comparing the ASRock VisionX 471D against. Note that they may not belong to the same market segment. The relevant configuration details of the machines are provided so that readers have an understanding of why some benchmark numbers are skewed for or against the ASRock VisionX 471D when we come to those sections.