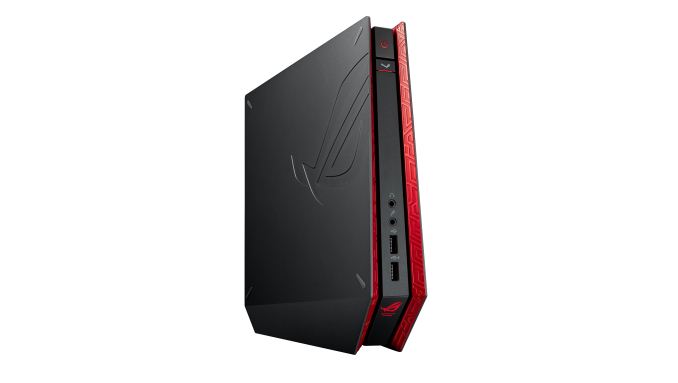 At Computex last year ASUS formally announced its mini-PC platform in the shape of the GR8. It was designed to fit within a bookcase on a shelf and act as a mini-Steam PC for gaming and streaming duties with its i7 U-series Haswell processor and integrated GTX 750Ti. The GR8 was ultimately designed to accelerate a niche where small form factor gaming was at the heart of the home. While we haven’t reviewed it at AnandTech as of yet, one could easily predict that it was going to end up getting a refresh for Broadwell, which is the case today. The i5-5200U isn't right at the top of the Broadwell-U stack, but it certainly falls more on the side of the gaming family of mini-PCs with today’s announcement. 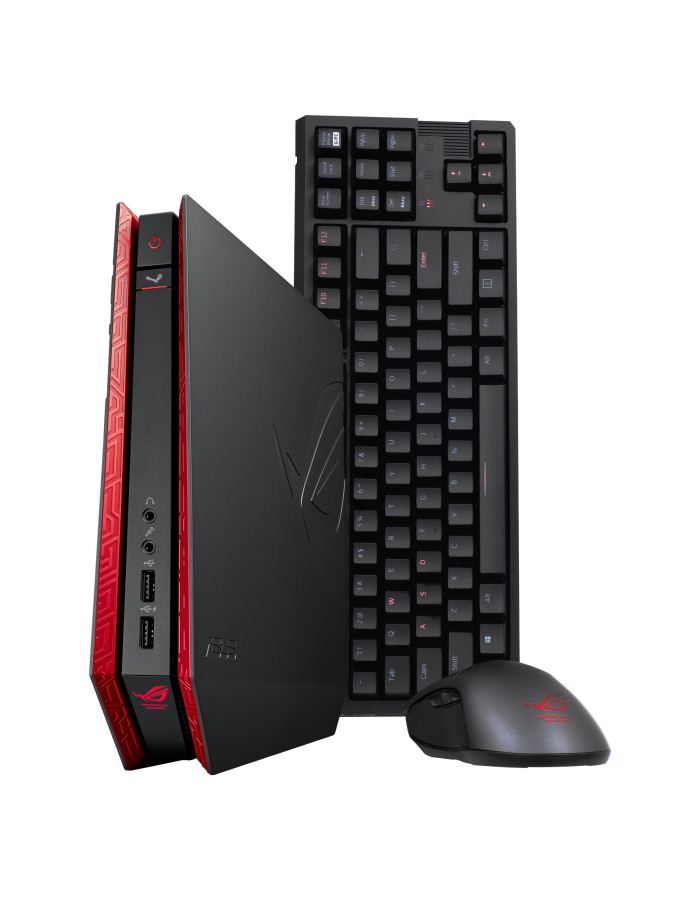 The heart of the GR6 beats with an i5-5200U, a 15W Broadwell processor which is paired with a Maxwell GM107 derived GTX 960M with 2GB of GDDR5. This is partnered with two SO-DIMM slots which can hold up to 16GB of DDR3L at 1600 MHz. Given that this is a ROG device, I wonder if those SO-DIMM slots could actually hold XMP timings for some of higher frequency SO-DIMM modules that are on the market.  Nevertheless the rest of chassis can hold two 2.5-in SSDs/HDDs, there is an integrated gigabit Ethernet port, dual-band 2T2R 802.11ac WiFi and four USB 3.0 slots on the rear.

The specifications chosen highlight an important part of Intel's strategy with the Broadwell-U series, whereby Atom and Core-M fit into the sub 6W category of ultraportables, but the 15-28W range of mobile processors are for beefier portable designs as well as mini-PCs which don't need to rely on batteries. We discussed Core M's issues with chassis design previously, but Broadwell-U in a desktop chassis should easily not have to worry about turbo throttling. 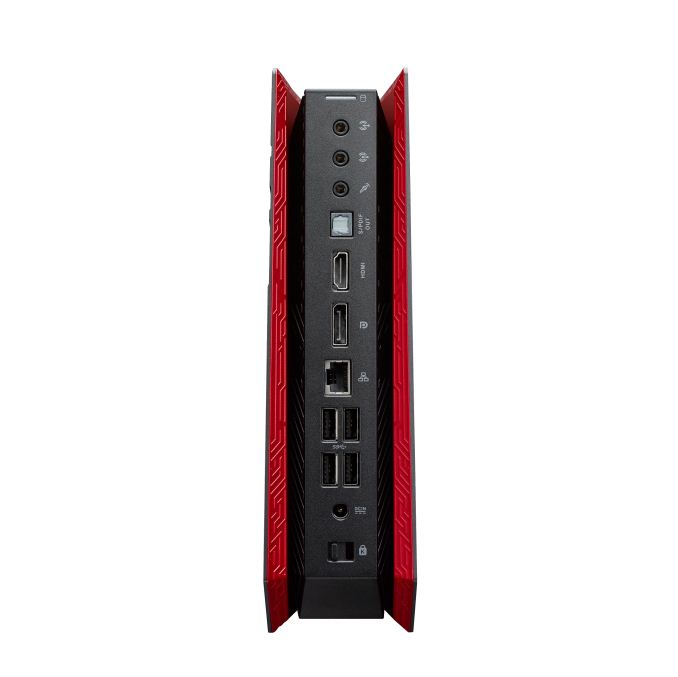 Power is provided by a 19V DC-in and a power brick, and a Kensington lock module is provided for gaming LAN protection. All the major ROG software and packages are bundled, such as SupremeFX Audio, SoundStage, SenseAmp, Sonic Radar, GameFirst III, AI Suite III. The 2.5-liter chassis is set to weigh in at 1.28kg.

As the announcement today is just for the device, pricing and availability for different regions has not been released. With Computex only six weeks or so away, I assume we will see it at the show to get some quick hands-on time.