When you are on a tight budget, aesthetics are of secondary importance, but they are rarely ever of no importance at all. Corsair realizes that and they kept the appearance of the CS450M relatively plain but aesthetically subtle. Perhaps even overly subtle, as almost everything on the CS450M is black. The steel chassis has been sprayed with a matte black paint, a standard round black finger guard stands above the black cooling fan and the cables are entirely black as well. Only the side stickers with the company and series logo intrude on the blackness of the CS450M. 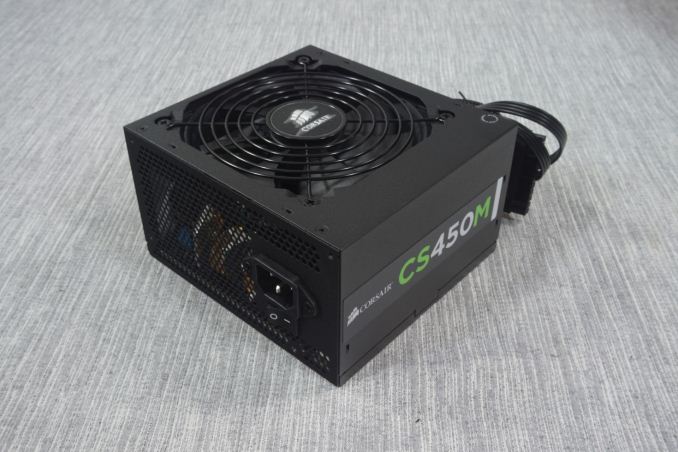 Other than that, the CS450M is built inside a standard, ATX-compliant 140 mm steel chassis. A sticker with the electrical and safety specifications of the PSU can be seen at the top side of the chassis. There is virtually nothing of real importance at the rear of the chassis, only a basic on/off switch and an AC power cable receptacle. Four cable connectors for the modular cables can be found at the front of the chassis.

Yate Loon supplies the black 120 mm fan responsible for the cooling of the CS450M. It is a rather basic model, with a sleeve bearing engine and a maximum speed of 1,650 RPM. Considering the small power output and efficiency of the CS450M, this fan should never go anywhere near its maximum speed to maintain low operating temperatures. 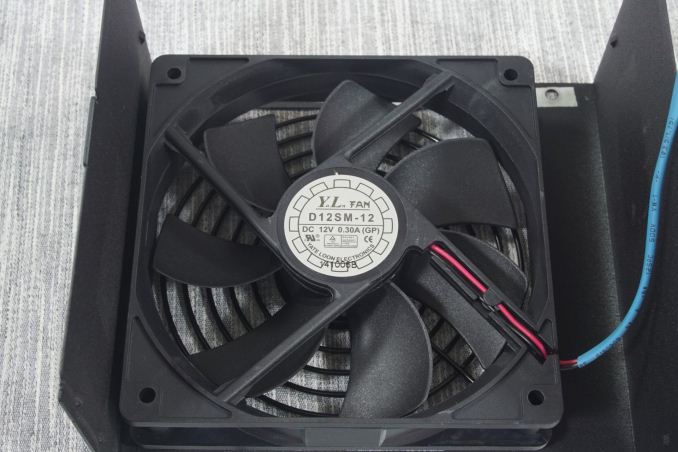 Corsair entrusted the CS450M to Great Wall, a Chinese OEM that we are not very accustomed to seeing. As a matter of fact, no other PSU that we have ever seen uses this particular platform, so either Corsair designed it themselves and Great Wall is just building the PSUs, or Great Wall is allowing Corsair to use it exclusively. It does not matter either way, as the quality and performance of the PSU are what actually matters to the consumer. As far as quality is concerned, CS450M is substantially better than we initially anticipated considering the retail price of the PSU. 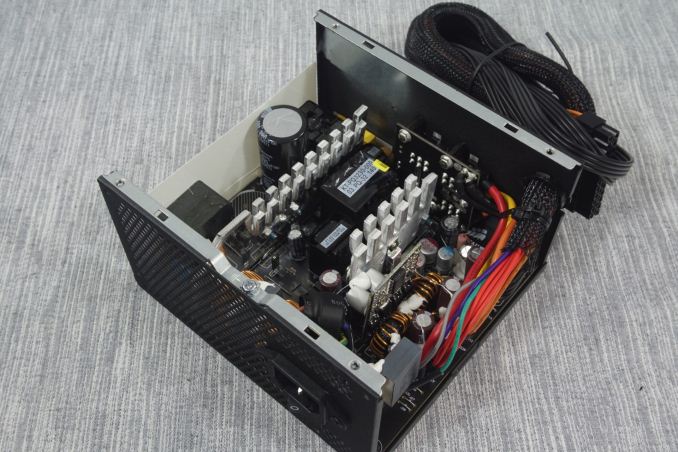 The filtering stage is textbook, with four Y capacitors, two X capacitors and two filtering inductors. One of the X capacitors, the one at the back of the AC receptacle, is a little oddly placed, with wires connecting it to the PCB and the body of the capacitor glued on the back of the PCB itself. An effective but very crude solution to the space problem. A NTC thermistor blocks large inrush currents and a simple relay short-circuits it once its job is done. The primary capacitor of this particular unit is relatively small and the inrush current should not reach noteworthy value, but Corsair is using the same platform for many other products, including models nearly twice as powerful, with much higher capacitance. 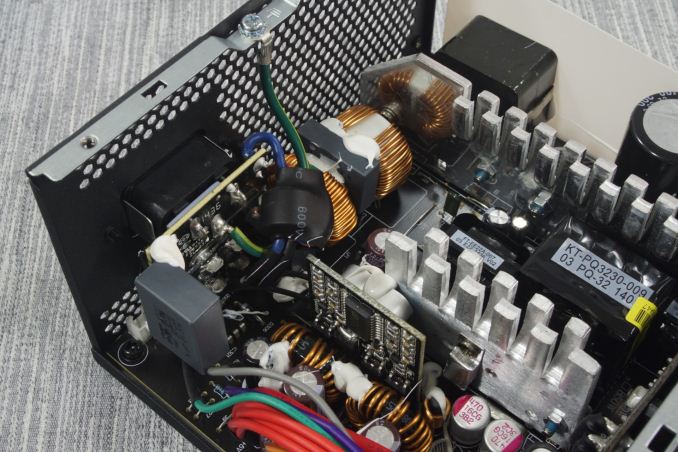 The primary side heatsink holds the main rectifying bridge, the active PFC components and the primary inversion transistors. The PFC inductor is a sealed type, meaning that the naked large inductor has been replaced by a black plastic block. Theoretically, this could suppress the generation of "coil-whine" noise problems, as that high frequency sound originates from the high frequency vibrations of the inductors under electromechanical stress. Surprisingly, the primary PFC capacitor is supplied by Rubycon and is rated at 400V/390μF. Rubycon is one of the most reputable capacitor manufacturers and we rarely see their products used outside premium products, so finding one in the CM450M is, mildly put, unexpected. 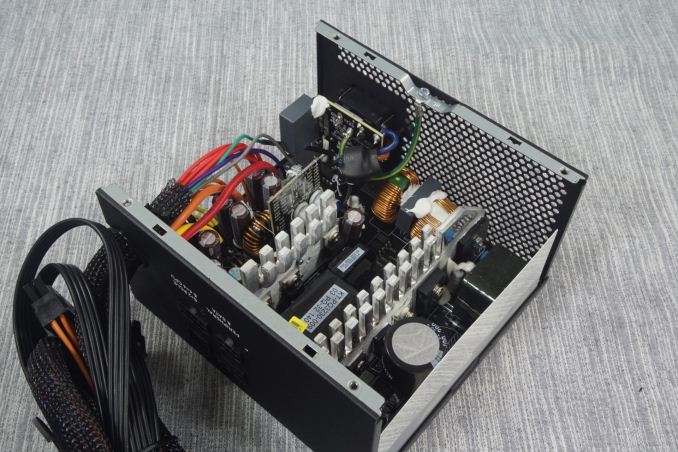 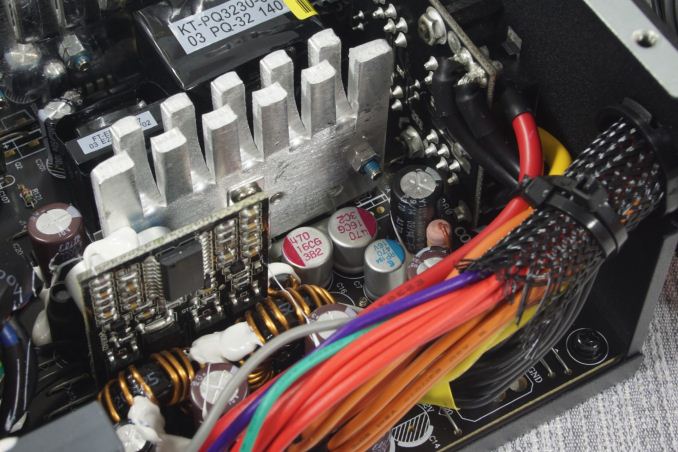