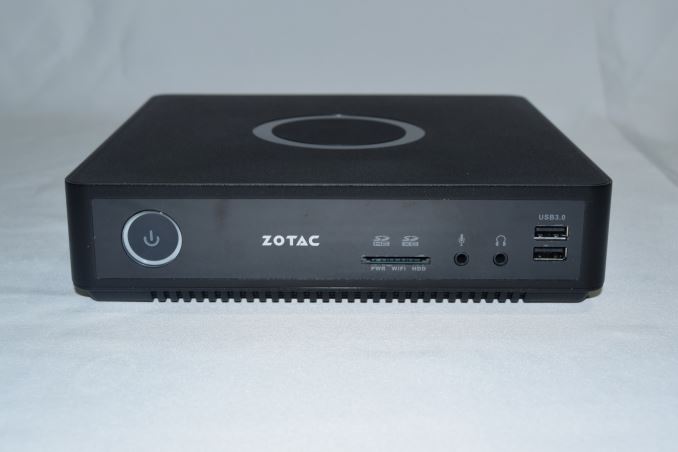 In the course of our coverage of mini-PCs, we have seen offerings from vendors such as ASRock, GIGABYTE and Zotac targeting the gaming market. Usually, 'mini' doesn't fit the requirements of consumers in this space, but the appearance of power-efficient high performance GPUs have made the offerings in the gaming mini-PC space quite interesting. Zotac has been creating mini-PCs with a gaming focus by tying a mobile NVIDIA GPU with a Core U-series Intel CPU for a couple of generations now. Today, we will be taking a look at the Zotac ZBOX MAGNUS EN970 - a system combining a Broadwell-U CPU with a NVIDIA Maxwell GM204 mobile GPU.

The ZBOX E-series targets the gaming market. In the previous years, the E-series adopted a tried and tested industrial design (for example, the chassis of the ZBOX EI750 was very similar to that of the PCs in the ZBOX ID series). The MAGNUS EN970 adopts a radically different industrial design. The unit is not as small as the NUCs, even though the height is similar. The area of the top side is around the same as that of the ASRock Vision series. However, the absence of an optical drive slot enables a chassis with considerably lower thickness.

The specifications of our Zotac ZBOX MAGNUS EN970 review configuration are summarized in the table below.

The Zotac ZBOX MAGNUS EN970 kit doesn't come with any pre-installed OS, but does come with a CD and a read-only USB key containing the drivers. In any case, we ended up installing the latest drivers from Zotac's product support page. In addition to the main unit, the other components of the package include a 180 W (19.5V @ 9.23A) adapter, a US power cord, a single 2.4 GHz / 5 GHz antenna for the Wi-Fi feature, a driver CD / read-only USB key, user's manual and a quick-start guide. 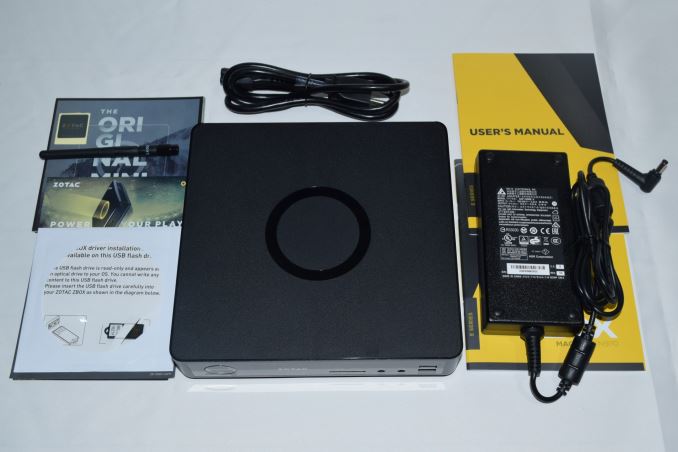 The gallery below takes us around the hardware in the unit.

In the table below, we have an overview of the various systems that we are comparing the Zotac ZBOX MAGNUS EN970 against. Note that they may not belong to the same market segment. The relevant configuration details of the machines are provided so that readers have an understanding of why some benchmark numbers are skewed for or against the Zotac ZBOX MAGNUS EN970 when we come to those sections.