First off, it seems that there will be new Intel Pentium 4 chips coming in a very short time. Although we cannot comment on when the new processors will make it to market or what speed they will run at, rumors on the net put the processor launch at sometime within the next week or so. The rumors also suggest that the new chips will be clocked substantially higher than the 2.53GHz version we chose today, ranging all the way up to 2.8GHz. If money is no issue, it may be worth it to wait a short while and get one of these new speed demons when they come out.

Another chip to consider is the new AMD Athlon XP 2600+ based on the thoroughbred revision B core. We saw at the beginning of this week that the 2600+ Athlon XP chip should give the Pentium 4 line a run for its money again, even with the chip's new 533FSB. With the 2600+ chip announced, we would have not hesitated to recommend this chip in our dream system. The reason that we were not able to do so is because the 2600/2400+ launch we detailed on Wednesday was actually just a paper launch. We are unsure when chips will make their way to market, but they are certainly not available now and won't be within the next few weeks.

The P4T533-C includes almost every feature we look for on a high-end motherboard. The motherboard includes support for up to 4 USB 2.0 ports, 6-channel audio with S/PDIF output, jumperfree overclocking support, and IDE RAID. The motherboard also proved to be among the most stable i850E motherboards out there, living up to ASUS reputation of quality.

The only thing missing on the P4T533-C was in integrated LAN solution of some sorts. This really was no concern of ours in a dream system buyer's guide (since the price of a NIC would be very minimal) but could be an issue for those choosing the P4T533-C and are on a budget. 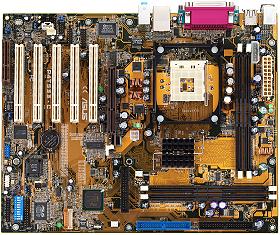 Obviously when going with an i850E chipset solution we are tied down to using RDRAM memory, which actually proves advantageous in this instance because of the extra bandwidth it offers. We could have either gone with PC800 or PC1066 spec RDRAM memory. PC1066 makes the most sense in a high-end or dream system such as this one because of the extra memory bandwidth the solution offers over PC800 RDRAM. We have already seen how much the Pentium 4 chip loves memory bandwidth so the more we are willing to give it the better the overall system will perform.

We went with 1GB of memory in our dream system simply because we could. Windows XP is a very memory hungry operating system and the more memory it has available the faster the OS will run. The price above reflects going with four 256MB RDRAM sticks for a total of 1024MB of memory. Remember that RDRAM has to be installed in pairs, so the only other solution that would work and total 1GB of memory would be two 512MB sticks. We didn't go with the two stick solution just because we couldn't find any 512MB sticks of PC1066 RDRAM for sale at a reasonable price.

We are finally able to put the Radeon 9700 Pro in a buyer's guide this week. We were previously not able to do so because cards based on the R300 VPU were not shipping yet but we learned on Monday that Radeon 9700 Pro cards are shipping and some can actually be bought online now.

In case you couldn't tell, we are quite excited about ATI's new flagship product. Not only is it the fastest graphics solution to date, it also offers some features that no other production card can. The full DX9 support and blazing fast frame rates that the Radeon 9700 Pro offers make it the only solution for both our dream system and our high-end gaming systems.

Rather than go into detail again about what the Radeon 9700 Pro brings to the table, we suggest you check out our ATI Radeon 9700 Pro review. You will probably be as impressed with the product as we were.

The 240T is a massive 24" TFT LCD panel with a digital interface (perfect to go with our Radeon 9700 Pro). The native resolution of the display is 1920x1200, creating massive desktop space with very good image quality. The panel also features an extremely bright 270 cd/m^2 brightness rating and a 500:1 contrast ratio. No question about it, the SyncMaster 240T is the most impressive monitor out there and definitely got us salivating. 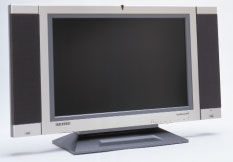 Another worthy contender on the monitor front is the Apple Cinema HD display. This monitor is slightly smaller than the 240T, at 23", but offers the same 1920x1200 resolution. There is no question that the Cinema HD display looks great and is fairly price comparable with the 240T. The only down side to the monitor is that an adapter is needed in order to ensure proper support on the PC.