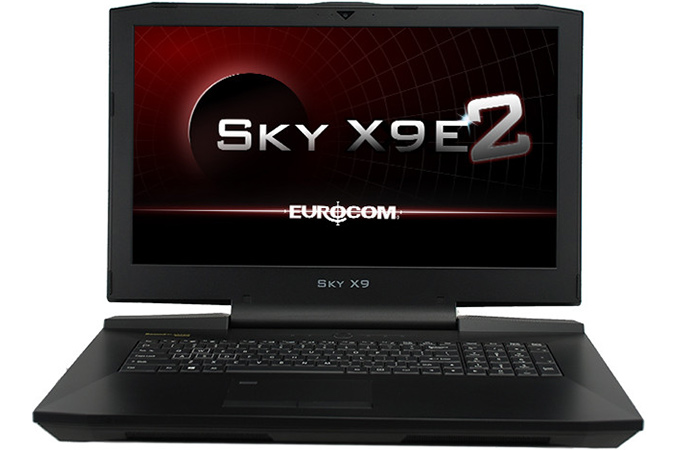 Eurocom has released one of the world’s first laptops featuring two NVIDIA’s GeForce GTX 1080/1070 GPUs, along with one of Intel’s latest Core i7 CPUs for good measure. The Sky E9E2 machine is designed primarily for gamers, but it can also be equipped with up to 64 GB DRAM, up to 6 TB of storage and even optional 120 Hz display panels. Given the high-performance goals of the system, it not only costs a lot but also comes in a thick chassis designed to fit 17.3" screens as well.

The Eurocom Sky X9E2 notebook is based on the Intel Z170 PCH and supports socketed Skylake-S processors (Intel Core i7-6700K, i5-6600K and i7-6700 options are available) that can be overclocked. The machine can fit up to four SO-DIMMs for a total of 64 GB of DDR4 memory, although maximum XMP support isn't directly listed. For graphics, the X9E2 uses one or two NVIDIA GeForce GTX 1070/1080 graphics processors in an MXM form-factor, which have 120-190 W TDP per card, but the system promises to deliver desktop-class performance in mobile form-factor. Installing a rather hot GPU into modern gaming laptop chassis should not be a problem in general, but Eurocom’s Sky X9E2 is among the first machines to integrate up to two Pascal graphics processors with a potential total TDP of <380 W. To cool the CPU as well as the GPU(s), the portable PC uses a sophisticated cooling system with multiple heat pipes as well as three huge blower fans. 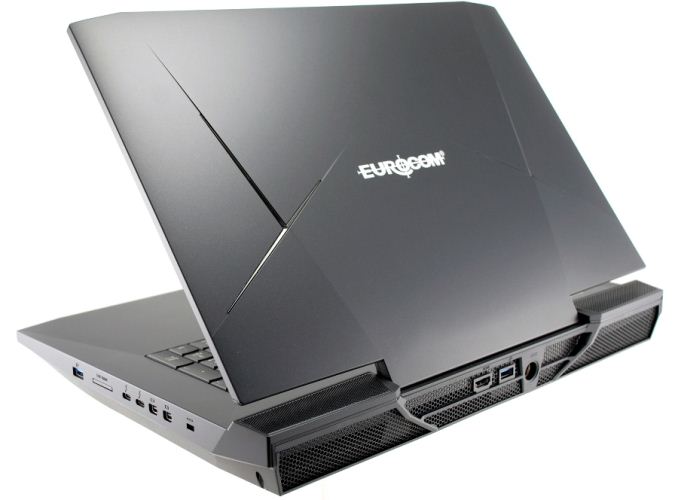 For storage, the Eurocom Sky X9E2 can integrate up to two 2.5”/9.5mm SSDs or HDDs (in consumer land, that's 4 TB of storage) as well as up to two M.2-2280 NVMe SSDs (another two more terabytes). In addition, the laptop has 6-in-1 card reader as well as two Thunderbolt 3.0 ports (which automatically suggests support for two USB Type-C ports with 10 Gbps transfer rate) and five USB 3.0 connectors. For connectivity, the Sky X9E2 has two Killer Networking E2400 GbE controllers as well as one M.2-2230 Wi-Fi 802.11ac with Bluetooth controller. 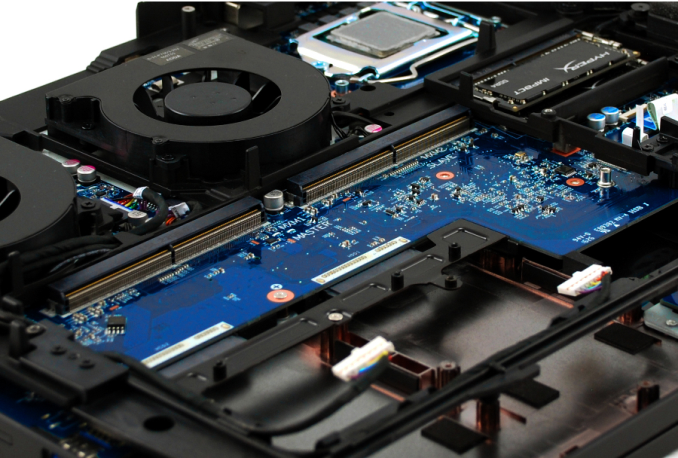 When it comes to display options, end-users can choose between an IPS FHD panel, an AHVA FHD panel with 120 Hz refresh rate as well as an IPS UHD panel. Optionally, the machine also supports NVIDIA’s G-Sync technology. Moreover, the laptop has several display outputs (HDMI 2.0, DisplayPort 1.2 and Thunderbolt 3) in a bid to support NVIDIA’s SurroundView capability. For audio the PC has Sound Blaster X-Fi MB5 chip with 7.1-channel audio outputs as well as integrated 2 W speakers and a 2.5 W subwoofer. 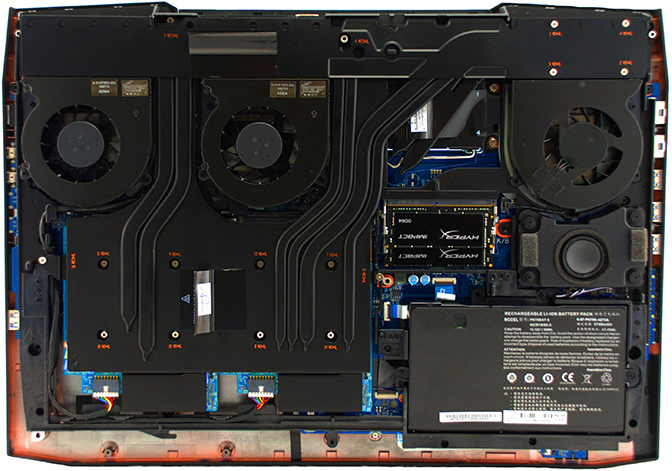 The Sky X9E2 desktop replacement comes with either a 330 W or 660 W PSU (the latter is required when its spec is maxed out and the system is equipped with two GPUs), an 8 cell Li-Ion 89 Wh battery (battery life from zero to some depending on configuration), weighs 5.5 kilograms (12.1 lbs) and is 47.2 mm (1.88 inch) thick. The starting price of the DTR machine from Eurocom is $2499, and can push much nearer five digits when maxed out.