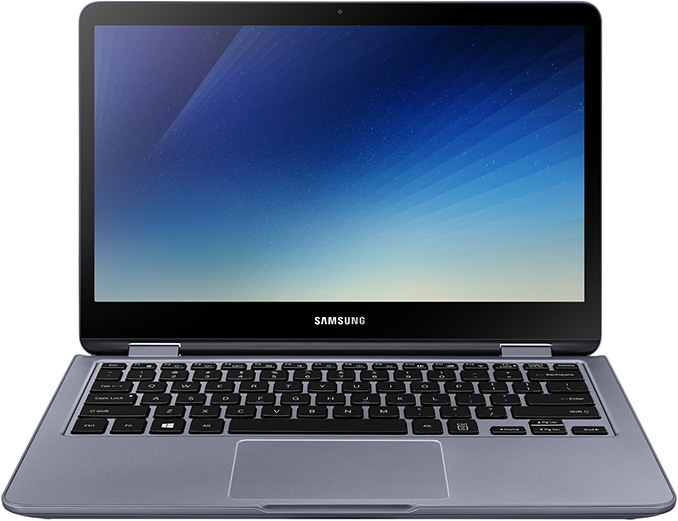 LAS VEGAS, NV — Samsung has announced its new-generation Notebook 7 Spin 13.3” convertible that will shortly be available in the U.S. The new model is more powerful and is more responsive than its predecessor because it is outfitted with a quad-core Intel CPU as well as a Samsung SSD. At the same time, the new hybrid PC is thinner and lighter than the model introduced last year.

The new Samsung Notebook 7 Spin 13.3” features a 360-degree rotating FHD PLS touchscreen display with stylus support and comes in a new A/C metal chassis that is 18.5 mm thick and weighs 1.53 kilograms. At least initially, the laptop will be available in only one configuration that relies on a quad-core Intel Core i5 SoC, 8 GB of RAM and a 256 GB Samsung SSD. The previous-gen model came with a dual-core CPU, 12 GB of RAM and a 1 TB hard drive. Apparently, Samsung decided that sacrificing storage capacity and RAM for an SSD makes sense from a user experience point of view. 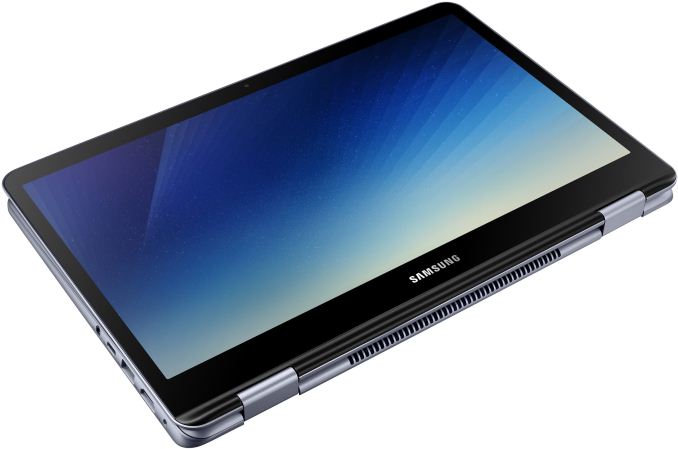 Moving on to other features of the new Samsung Notebook 7 Spin 13.3” model. To make the device a bit more secure than the previous-gen model and enable faster logins, the new Notebook 7 Spin 13.3” has a fingerprint reader compatible with Windows Hello. Furthermore, the new laptop is equipped with a Windows Precision Touchpad (a new requirement from Microsoft) as well as an integrated far field microphone (along with the Voice Note software feature). 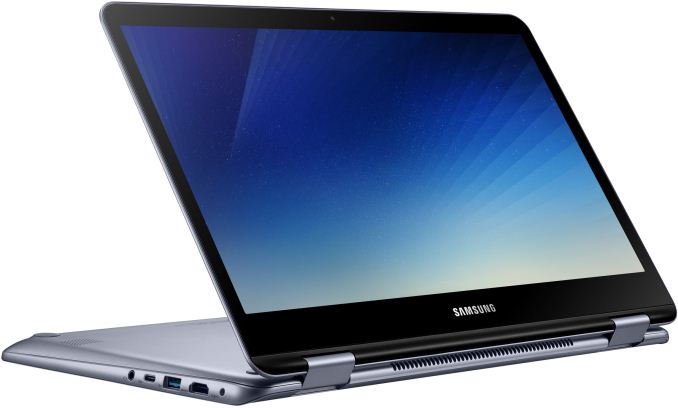 As for general I/O and connectivity capabilities of the new convertible notebook, they look fairly standard: a Wi-Fi module, one USB Type-C port, one USB 3.0 Type-A header, one USB 2.0 connector, an HDMI output, a VGA webcam as well as a backlit keyboard. The battery of the new unit has a 43 Wh capacity (down from 45 Wh on the 2017 model) and Samsung expects it to enable a whole day operation.

Samsung does not announce MSRP of the 2018 Notebook 7 Spin 13.3”, but given the fact that the PC is aimed at a very wide audience including “working professionals, students and those looking for entertainment”, expect its pricing to be rather liberal and comparable to the currently available model.