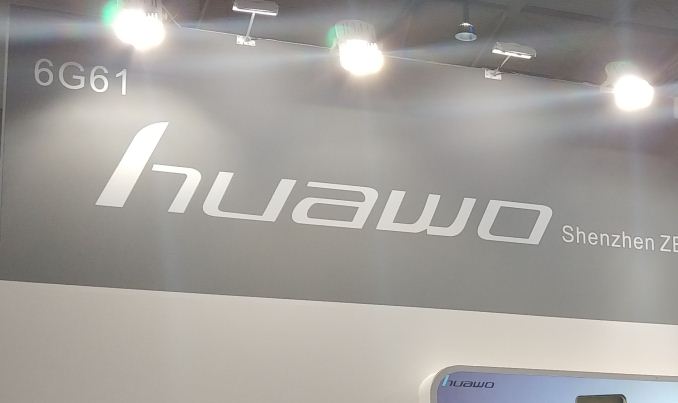 One of the many intricacies of China and the Chinese manufacturing industry is its ability to copy. Countless reports (and lawsuits) revolve around trademark infringement of the biggest consumer product companies in the West being copied in the East. This not only includes product design, but copying the status and even logos as well as brand name deviations. Leveraging the famous brand recognition from the US and Europe, despite corporate protests, is seen as a way to confuse the public into what brand they are buying, especially if the Latin alphabet is not your first.

Part of this was borne from the lack of large Chinese companies producing high-quality consumer goods that are well known in the rest of the world. I won't delve too much into the history of China, but over time there are now several big names succeeding in the western markets in this decade, and getting significant headlines in the press. Huawei now stands as the third biggest smartphone manufacturer worldwide, behind Samsung and Apple, selling 153m units in 2017. Charting Huawei's growth trajectory of its consumer business group has shown a tremendous ability to forge significant partnerships with recognised brands such as Leica and Pantone, and focus on creating premium products. As a result, Huawei stands toe-to-toe with Samsung in most European markets.

So I guess it was natural that at some point a company would attempt to carbon copy and piggyback on Huawei's success. Enter Huawo. 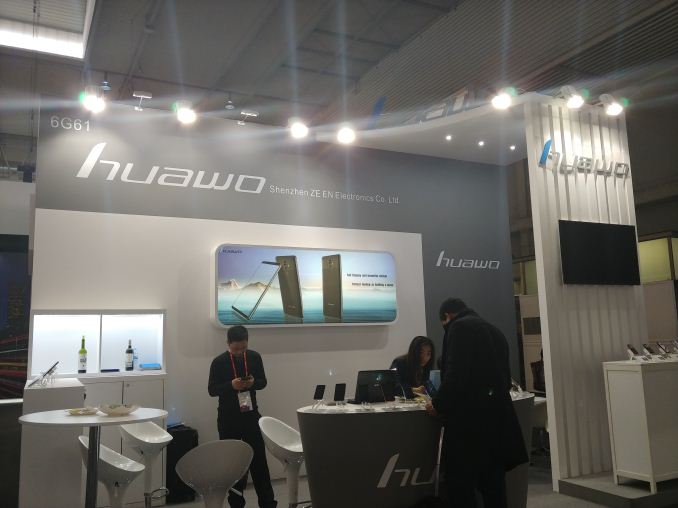 To be clear, 'Hua' is often interpreted in Chinese as 'China', so it is found in a lot of business names. If we take the name off the table, then the visual they were showing at their booth at Mobile World Congress should be a dead giveaway.

If we put this side by side with the Mate 10 Pro, you might see some similarities. It's all in that signature stripe. 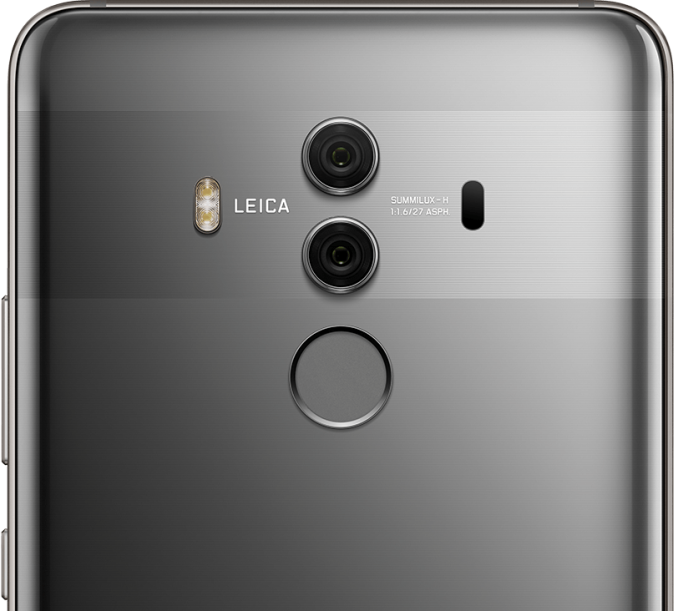 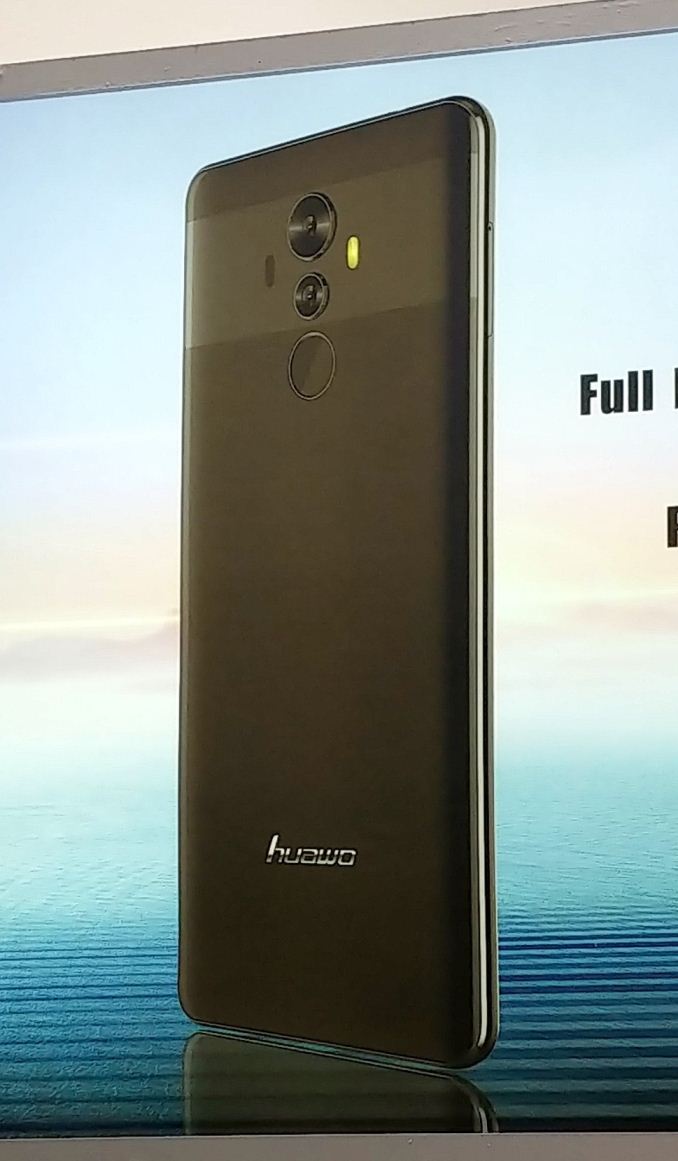 The funny thing? Despite having that product as the forefront of the booth, they didn't actually have one to look at. The image, I was told, was a render and it was still to be manufactured. They did have an equivalent device with a single rear camera, that was as unimpressive as these copies can get. Whenever an unknown vendor is promoting their big product as something not available for a hands-on, it throws up red flags. 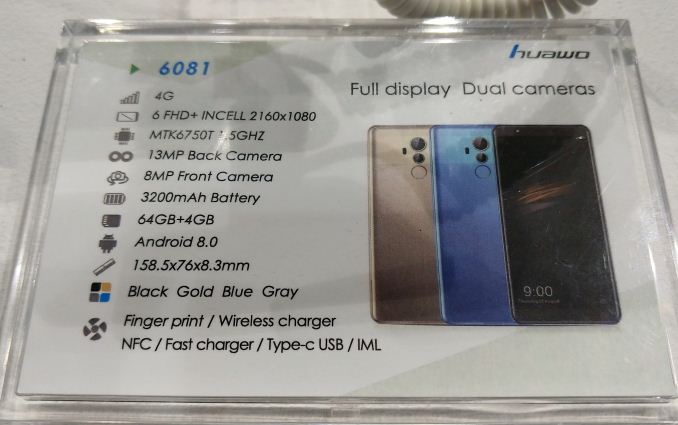 For the hardware, the 'Huawo 6081' uses a Mediatek MT6750T SoC, which is an octacore A53 design at 1.5 GHz with Mali T860MP2 graphics. This is a world away from the Kirin 970. The 6-inch 2160x1080 display is perhaps a higher resolution than I expected, and the 3200 mAh battery is as sizeable as a flagship usually is. We were not told what price point this was aiming at, but items like this are usually built down to a price to maximise the return.

Buying a knock-off like this may make you look the part, as some companies at MWC stated with their new smartphones with notches, but the multi-generational additions that companies like Samsung and Huawei provide are lost when getting one of these faked replicas. This includes better camera software, OS optimizations, security, and hopefully the attention to detail that a mass-produced premium product gets. All are all lost with a Huawo, or a Samsnug, or an iPhoney. At best you get stock OS, if you are lucky, perhaps a recent version, and at worst it could be a misconfigured pile used for nefarious purposes.

So it's time to rock up on your Hongda motorcycle, wearing a pair of Oakeys, the latest Tucci jacket, carrying a venti Sunbucks, all while speaking on your Huawo.

Just to clarify, Huawo has no relationship with Huawei.