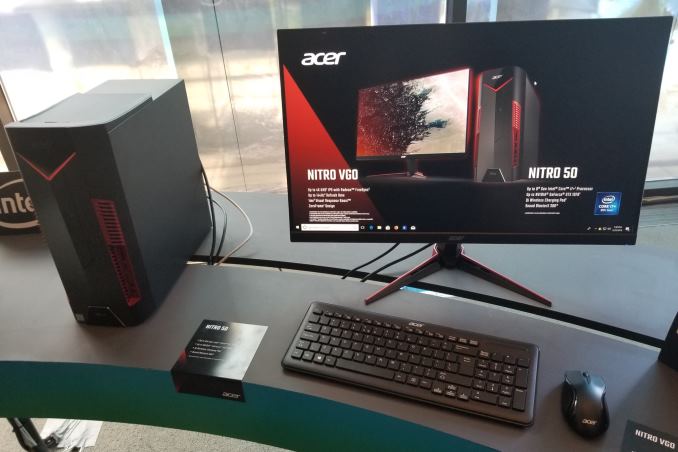 This week Acer has also announced their new Nitro 50 Series gaming desktop PCs, further expanding its Nitro product family. Acer says that they created the Nitro 50 Series for those seeking the processing power and capabilities only a desktop PC can offer. They will be powered by 8th Gen Intel Core processors, and NVIDIA GeForce GTX 10 series or AMD Radeon RX5xx series video cards for solid gaming performance and other graphics-intensive tasks.

The new Nitro series 50 desktops are enclosed in a black chassis with the vents and IO area on the front in red. Below the Acer name up top, there is a “V” shaped LED light bar adding additional visual cues and separating itself a bit from the more mundane looking desktops, yet not outlandish. That chassis measures a small 6.4” x 13.7” x 13.3” taking up less space than many gaming desktops. 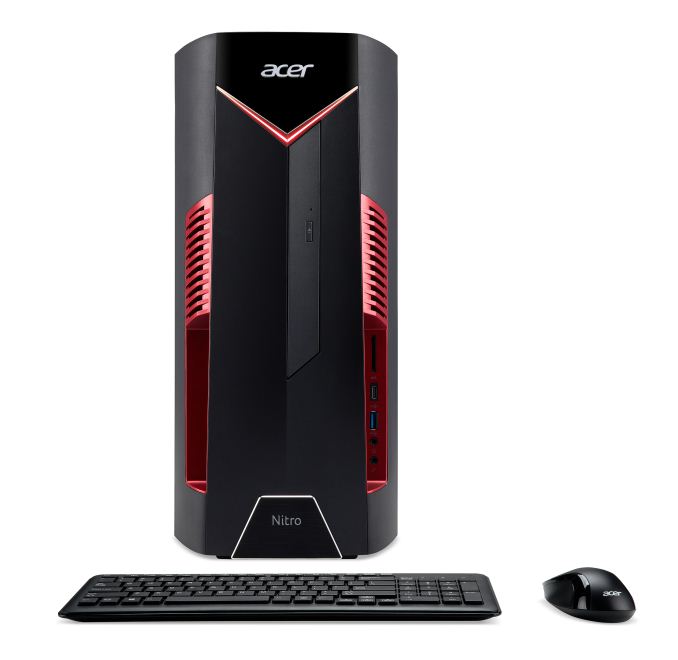 On the storage side of the house, like the Predator Orion series, drive options are up to a 3TB 3.5-inch HDD and up to a 512GB PCIe NVMe based M.2 SSD. The Nitro 50 sticks with Creative audio and uses the Creative Sound BlasterX 360° audio engine and software. Networking duties are handled by a Realtek RTLE811AS GbE (Dragon LAN) found in the Orion 3000 series. It also includes 802.11ac 2Tx2R Wi-Fi along with Bluetooth 5.0. 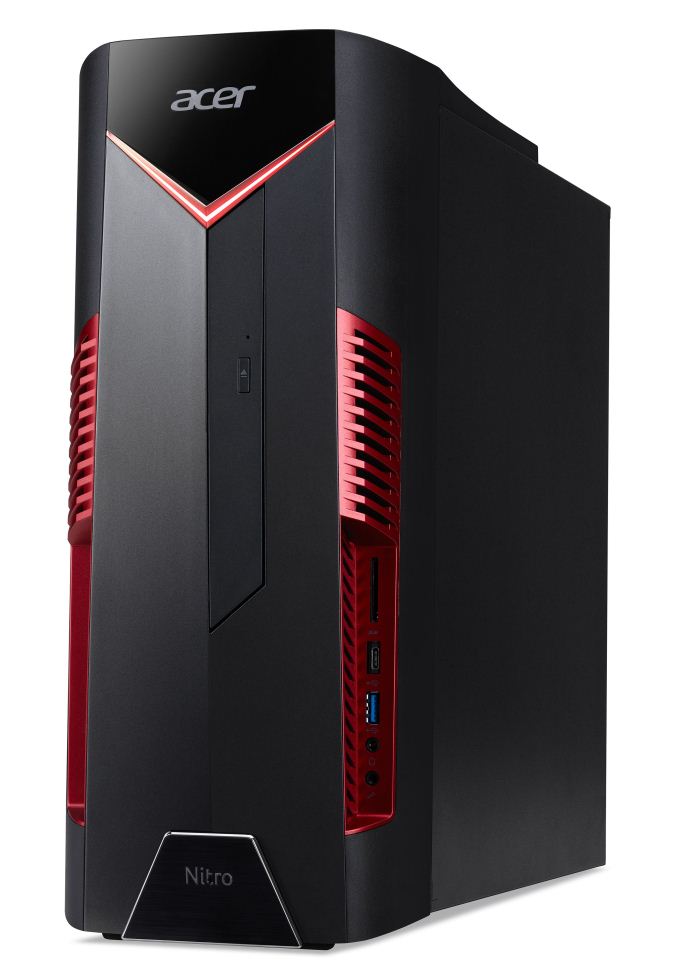 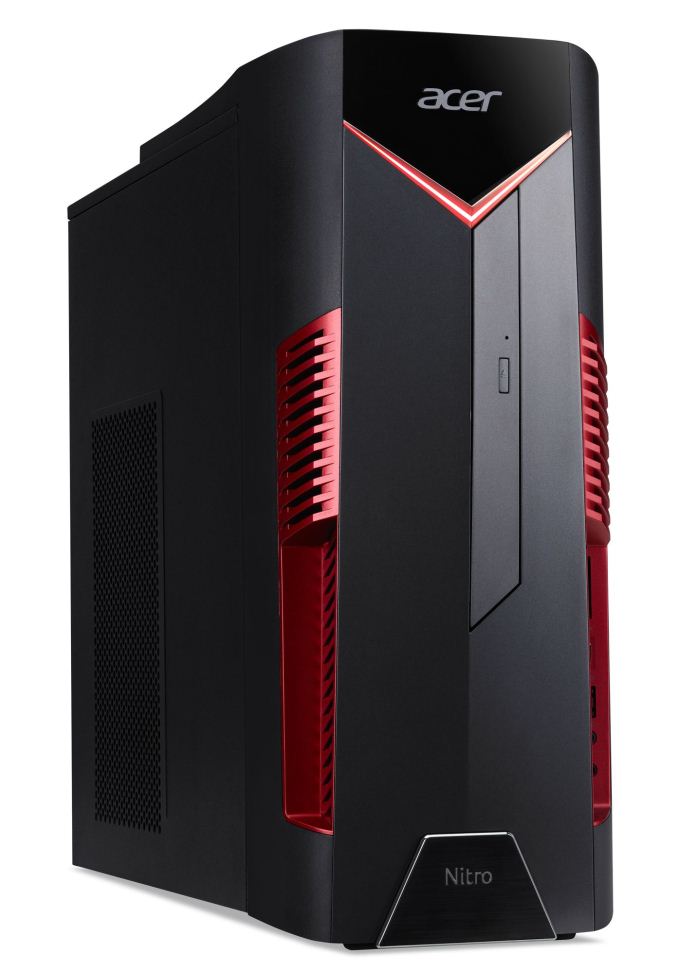 The Acer Nitro 50 gaming desktops will be available in North America in June starting at $799; EMEA in May starting at €999; in China in July starting at ¥5999.