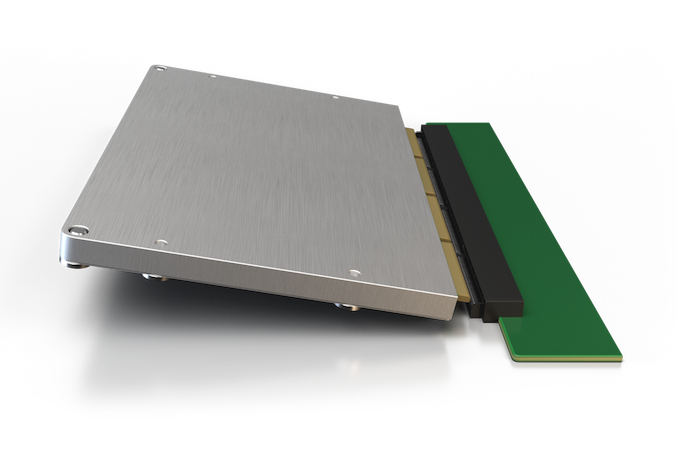 Intel's NUC lineup of ultra-compact and small form-factor systems has been a bright spot in the desktop PC market for the better part of this decade. Starting with the original 10cm x 10cm board, Intel has continuously been trying to push different form-factors to better target allied markets in this space. We have had slightly larger boards catering to the enthusiast market under the NUC tag (such as the Skull Canyon and Hades Canyon NUCs). More compact form-factors were experimented with in the Compute Stick family, but, that didn't last beyond a couple of years. More recently, the credit card-sized Compute Card modular computing initiative was discontinued after just one generation. However, Intel seems to have taken the feedback from the Compute Card's market deployment and developed a new product family to expand the reach of modular computing systems.

The Compute Card put the processor and RAM in a fully-enclosed credit-card sized module. It was compact and had a simple connector to enable interfacing with a dock that had the actual I/O. Though the cards and the docks eventually made its way into the retail market, the actual target audience was OEMs and other high-volume manufacturers of computing systems who could actually benefit from the modularization. For that market, the Compute Card only fulfilled a few requirements - simplification of the system-level design and the ability to create very compact systems. The cost, feature set (in terms of I/O capabilities), and performance (due to the thermal limitations inherent in a compact credit-card sized casing) were not up to the mark.

One of the key driving factors in the creation of the Compute Card was the end-user accessibility for the card - enabling users to take a Card out of one device and move it to another, or take one out and replace it three years later with a newer version. However, Intel seems to have over-estimated the importance of this ability for the targeted user-base. Intel claims that the removal of the easy user accessibility in the NUC Compute Element has enabled system-design simplification and decreased the eventual system cost by around $50 - $70. Intel confirmed that a lot of the engineering effort that went into the Compute Card has come in handy for the NUC Compute Element. 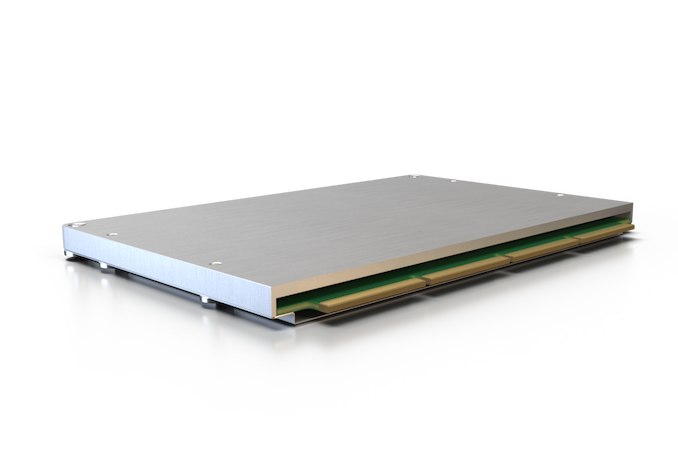 We also checked with Intel about the extra I/O offered by the NUC Compute Element - while the Compute Card came with USB-C and a proprietary extension connector, the new product has a connector that simply brings out the I/O pins from the CPU. This enables device manufacturers to use the signals as they desire. The exact I/O specifications were not divulged.

It is safe to say that the NUC Compute Element, with its lower system cost compared to the Compute Card-equipped designs, will prove to be more popular among OEMs and other high-volume computing system manufacturers. In their press release, Intel indicated that education market-targeting notebooks built upon the NUC Compute Element will become available in early 2020.