Spotted at Computex: Triple Monitor Mobile Systems are Back

Notebook users that want another screen often have to carry around a secondary USB display – it’s something that works great for working while travelling, especially in cramped hotel rooms. A couple of years ago, Razer showcased its 3-screen prototype that combines three screens into a single laptop implementation. This prototype demo was well documented not only for its unique feature, but because one of the units was stolen from the trade show and never recovered. Well it appears that other companies want a piece of the three-screen market.

Enter ACME Portable Corp. If it sounds like the Looney Tunes company that provided Wile E Coyote with all of his failed contraptions, you’re probably not too wrong. On display on their booth at Computex this year, which we happened to pass while walking from one meeting to another, was a tri-screen mobile display. Each of the displays folded out from the center, with also a fold out keyboard and trackpad and front-facing standard PC ports, along with a custom IO implementation. 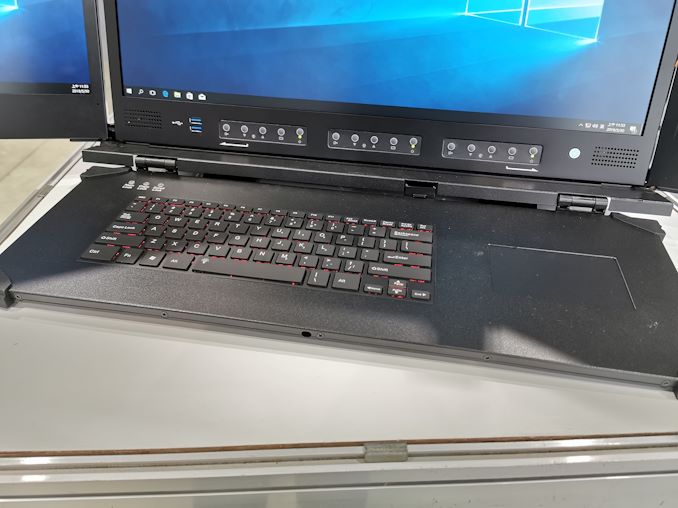 This sounds great for a deployment. There’s only one catch. 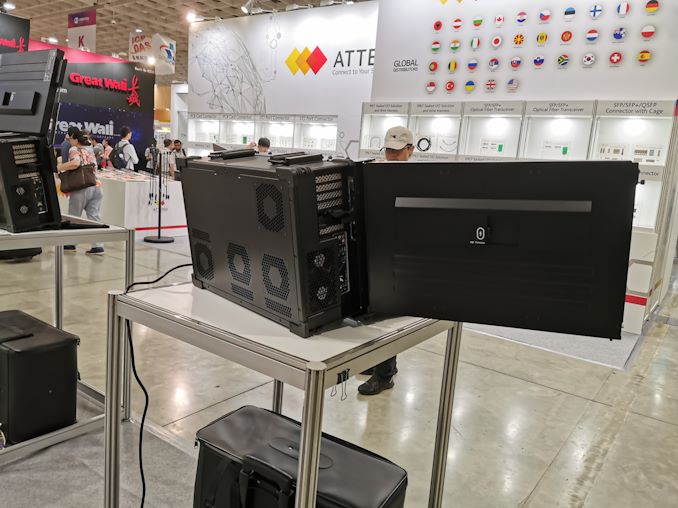 It’s a full blown PC. No kidding. Inside are a series of off-the-shelf components. Anyone who wants this system can carry it in this handy bag however, which might be able to qualify for hand luggage on an aeroplane if there’s no hand baggage weight limit. 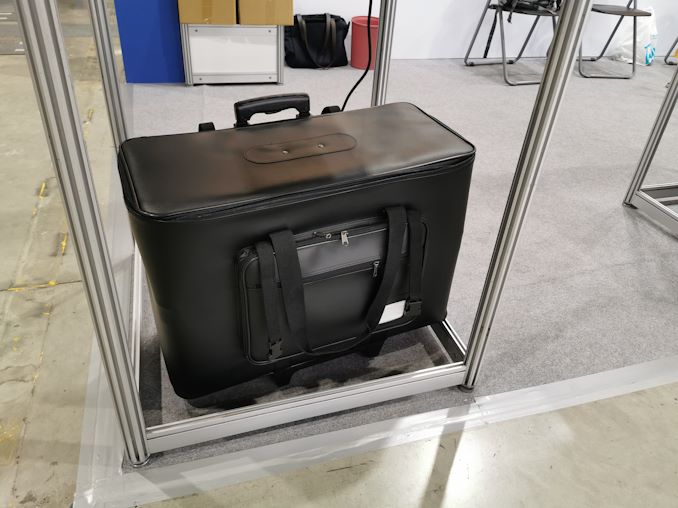 Truth be told, this system is likely more for remote military or commercial deployments. Take a full three-monitor system that folds up into its own wheeled suitcase, and all you need is a generator with a standard power output to plug it in to. (Or something like a commercial 100+ Wh battery pack.) 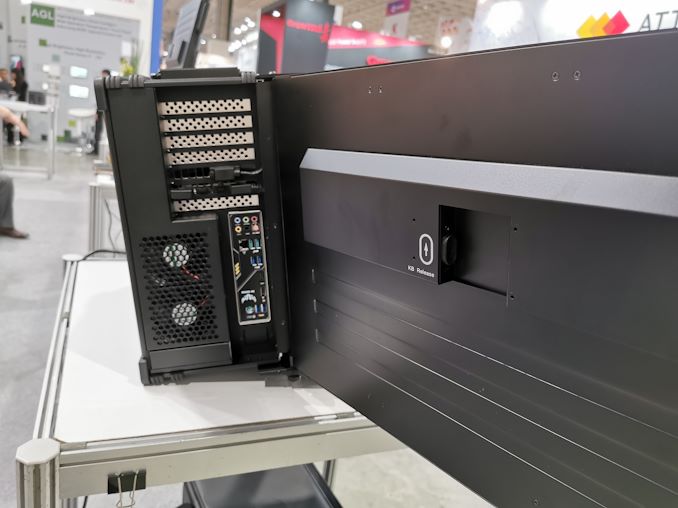 The funny thing is, as I approached the system on the show floor for the first time, it didn’t look like a full PC. It truly looked like a tri-screen notebook had found its way onto the Computex show floor. But hey, for any content creators out there that need a system at a trade show to edit videos, I may have found your solution.