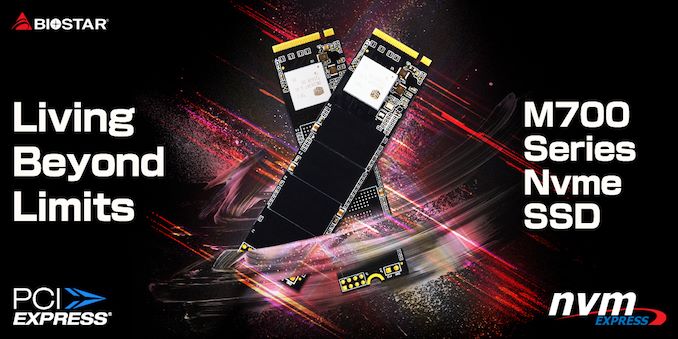 After entering the SSD market a couple of years ago, Biostar has been playing things cautiously, only offering low-cost SATA drives. But as the prices of PCIe SSD controllers and 3D TLC NAND memory continue to drop, it gets possible to build cheap PCIe drives to address the entry-level market with better products. To that end, this week Biostar introduced its M700-series SSDs, its first set of PCIe 3.0 x4 drives.

Biostar’s M700 SSDs are based on Silicon Motion’s proven DRAM-less SM2263XT controller, whose value proposition today may sound like a ‘PCIe drive at a price of a SATA SSD’. Targeting entry-level builds, M700 SSDs come with 256 GB or 512 GB of usable 3D TLC NAND flash memory. The drives fully support contemporary SSD feature set like the end-to-end data protection, NVMe 1.3a protocol, L1.2 low power mode, AES256 encryption, and come in an M.2-2280 form-factor without a heat spreader to maintain compatibility with laptops.

As far as performance is concerned, Biostar says that the SSDs are capable of up to 2000 MB/s sequential read speed as well as up to 1600 MB/s sequential write speed (in case of the 512 GB SKU), which is in line with capabilities of the controller and way higher than any SATA SSD. As for random performance numbers, Biostar isn't listing anything in the official spec sheet, but based on other SM2263XT drives, we're likely looking at something around ~240K/260K random read/write IOPS here.

Biostar will start selling its M700 256 GB and M700 512 GB SSDs in the near future. The company does not reveal official MSRPs, but expect these to hit the market at a price similar to other entry-level SSDs. 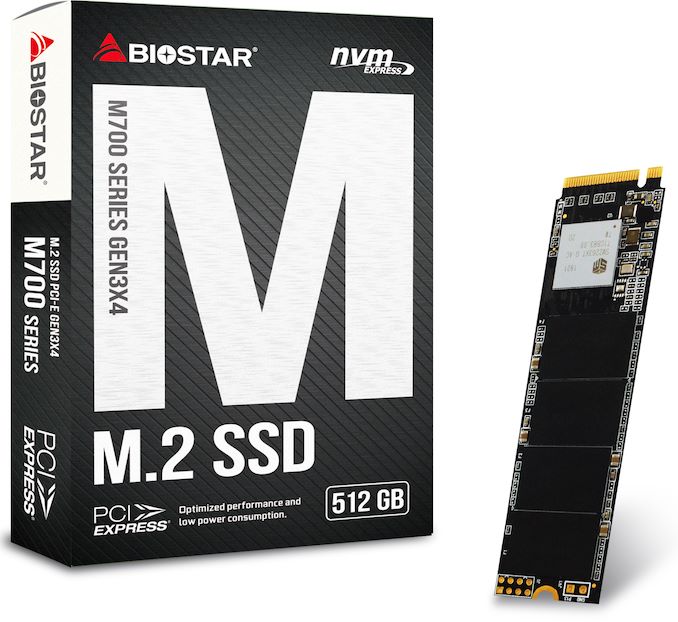