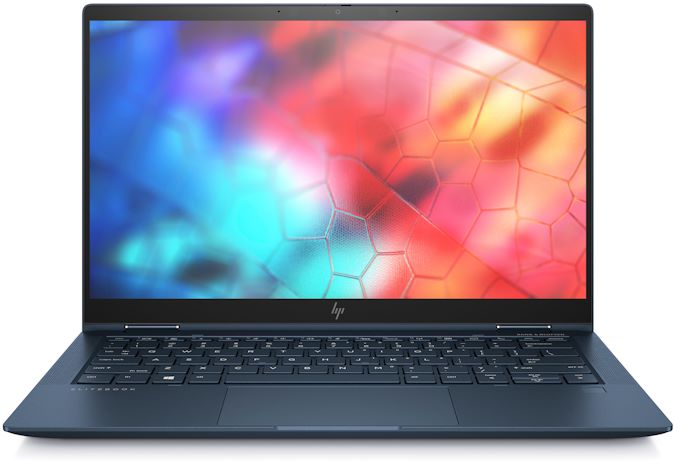 HP’s Elite Dragonfly convertible was one of the most impressive PCs launched last year, as it managed to bring together solid specifications, advanced connectivity, and a 24.5-hours battery life all in an extremely compact 13.3-inch design. At CES 2020 HP has announced that it will introduce an updated version of the machine in February. Notably, the refreshed Elite Dragonfly will offer two additional options: an integrated Tile tag for easy finding, as well as HP’s SureView Reflect privacy screen. Meanwhile, later this year HP will release the 2nd Generation Elite Dragonfly that will be based on Intel’s 10th Generation Core processor and will feature a built-in 5G modem.

PC makers rarely do mid-cycle refreshes for their products for many reasons, but this is not the case with HP’s Elite Dragonfly hybrid machine. As it appears, the company has decided to integrate a Tile tag into its flagship laptop in a bid to make its finding easier if it is lost or stolen even if it is turned off. For those not familiar with the technology, Tile is a small tag that is attached to an item and connected to a smartphone using Bluetooth. When a device gets lost, say, in an office, the Tile application tries to connect to an appropriate tag using Bluetooth and if fails it then attempts to connect to it via a fleet of smartphones that participate in the Tile community. Integrating additional hardware into an existing design can be challenging, but HP and Tile have managed to put a tag into the already tightly-packed Elite Dragonfly.

HP’s Elite mobile PCs are aimed at customers from business, corporate, and government sectors, which is why all of them feature a plethora of built-in security technologies along with various additional options. Users who are concerned about prying eyes who could get a glimpse at some confidential information can already get an Elite Dragonfly convertible laptop with HP’s SureView privacy screen technology that promises to prevent from ‘over the shoulder’ spying. The company’s next-generation SureView Reflect promises to be more efficient than the currently used technology, which will make the machine a bit more secure. 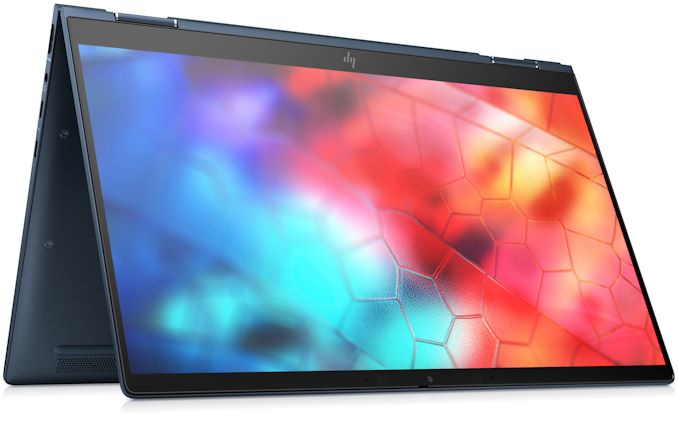 Both built-in Tile and SureView Reflect technologies will be available as options for HP’s 1st Generation Elite Dragonfly starting from February. Later this year the company plans to introduce the Elite Dragonfly G2 that will retain chassis and most of the hardware of the original model (so, dimensions and weight will remain the same), but will get Intel’s 10th Generation Core i3/i5/i7 processor platform with all of its peculiarities. In addition, the G2 will be offered with an optional Qualcomm Snapdragon X55 5G modem. 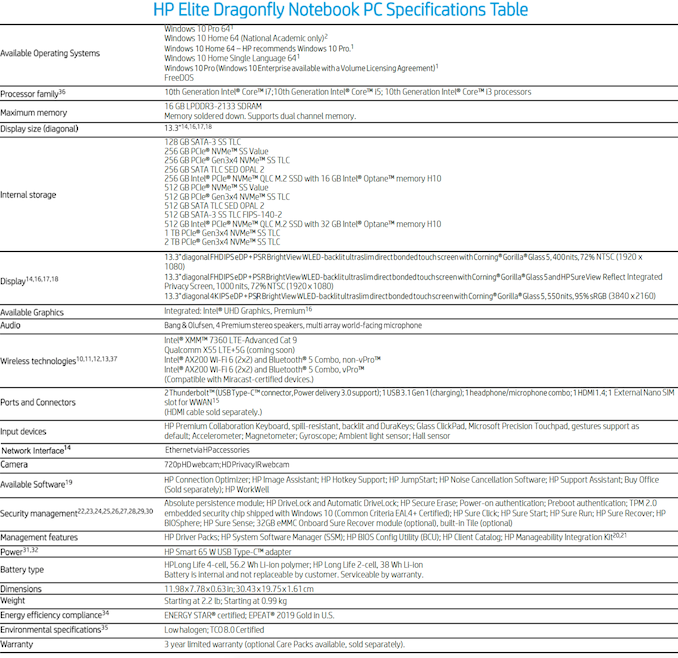 HP yet has to reveal launch timeframe of its Elite Dragonfly G2 convertible, but it is likely that the new model will won't arrive for several more months, as it would otherwise render the refreshed model redundant when it launches in February. 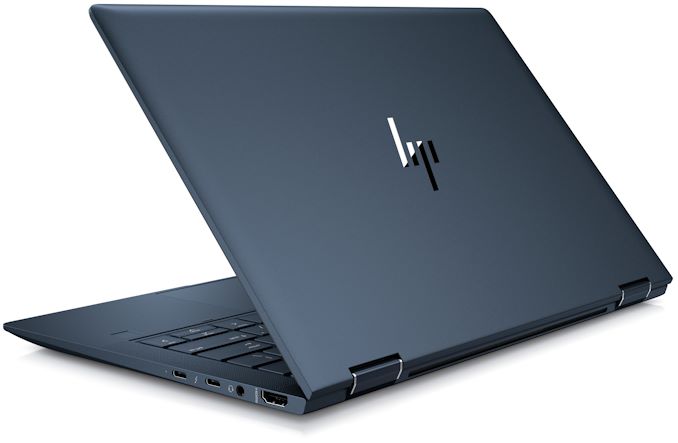