The Lenovo Legion 7i and Legion 5i are replacing the Legion Y740 and Y540 models, with the 7i being a 17-inch gaming laptop, and the 5i being a 15-inch version. Both will feature the new NVIDIA Advanced Optimus, which means they will offer G-SYNC on their displays, but be able to switch off the dGPU for battery savings when needed. For those unfamiliar, one of the drawbacks of G-SYNC previously was that it required the dGPU to be directly connected to the display, which removed the capability of using NVIDIA’s Optimus to leverage the iGPU for light-duty tasks to save power. Some manufacturers worked around this by offering a multiplexer, but the added complexity and cost, coupled with the fact that the user would need to reboot the laptop to turn it on or off, meant it was a useful, but niche solution. Lenovo will be one of the first to offer the new dynamic switching of Advanced Optimus which no longer has the reboot requirement, so we should hopefully see more laptops offering this along with G-SYNC. 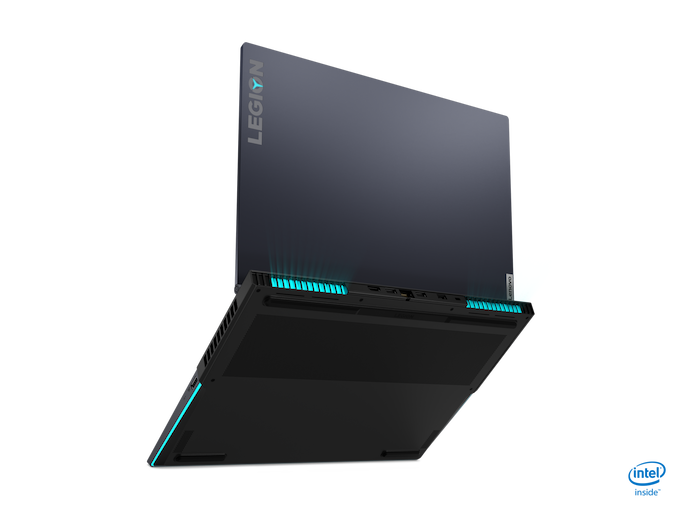 Both laptops will offer 10th generation Intel Core H-Series, meaning the 45-Watt processors, but Lenovo hasn’t indicated what exact models they will be offering. On the GPU side, the 15-inch Legion 5i will have up to a NVIDIA RTX 2060, and the larger 17-inch Legion 7i will go all the way up to the RTX 2080 Super Max-Q.

Although details are a bit light at the moment, Lenovo is coming in with some very reasonable pricing for the new laptops which will be coming out later this year. The Legion 5i with RTX 2060 will start at just $999, and the Legion 7i with RTX 2070 starts at $1199.