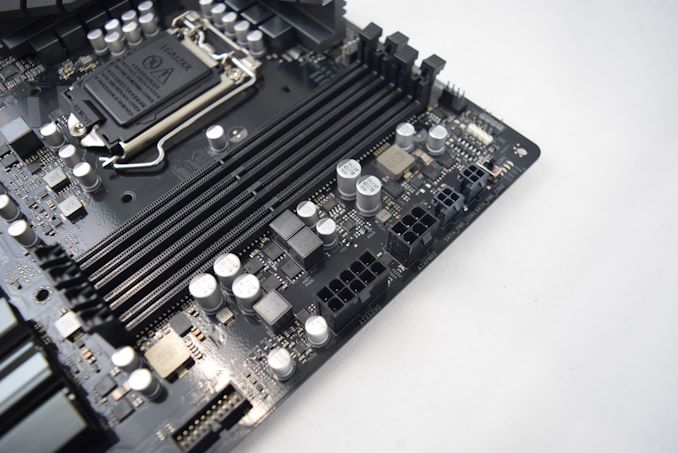 One of the biggest legacy characteristics of the modern PC is how the power supply connects to the motherboard – not only is it one big chunky 24-pin power connector in to the board, but it has to supply all of the relevant voltages, including 12 V, 5 V, and 3.3 V. Over the last two decades, standards that used 5 V and 3.3 V have almost disappeared, except for a last few legacy applications. Despite that, we’ve been lumbered with the old ATX12V standard for this. However recently the ATX12VO standard was announced, requiring only 12 V into the motherboard and other voltages to be derived from it on the board. This also allows the power supply to be more efficient and compact, with a smaller connector. At the time, given the ubiquity of the ATX12V standards, we were all under the impression that ATX12VO would be something for the embedded market, where the full hardware stack could be customized top-to-bottom. A blog post from Intel showcased the first consumer motherboard with the standard from ASRock, and we reached out to ASRock for more details. They have now put up a product page for this board, the ASRock Z490 Phantom Gaming 4SR. 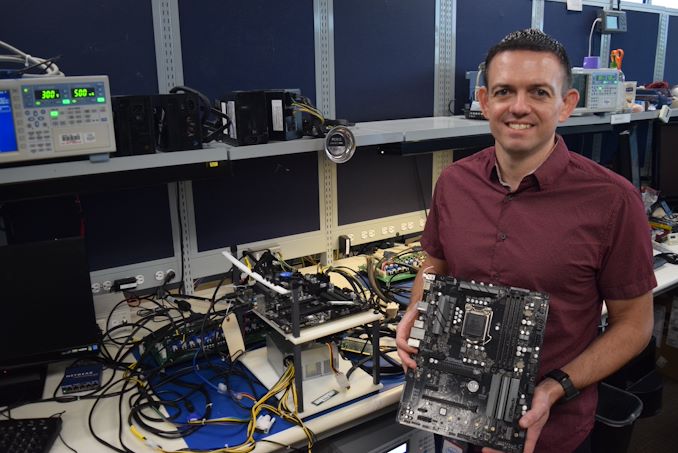 In Intel’s Blog Post, the company states that the new ATX12VO standard will help substantially with idle power of a PC, due to the single rail design not needing to cater for other voltages other than 12 V. The company states that governments will benefit a lot from this, given that the standard complies with upcoming standards for electronic efficiency in the US and Japan. It notes that while there have been single rail custom designs in the past, this new industry standard will allow vendors to unite under a single implementation. One of the key partners for this is ASRock, who state that they are Intel’s primary partner on this project. 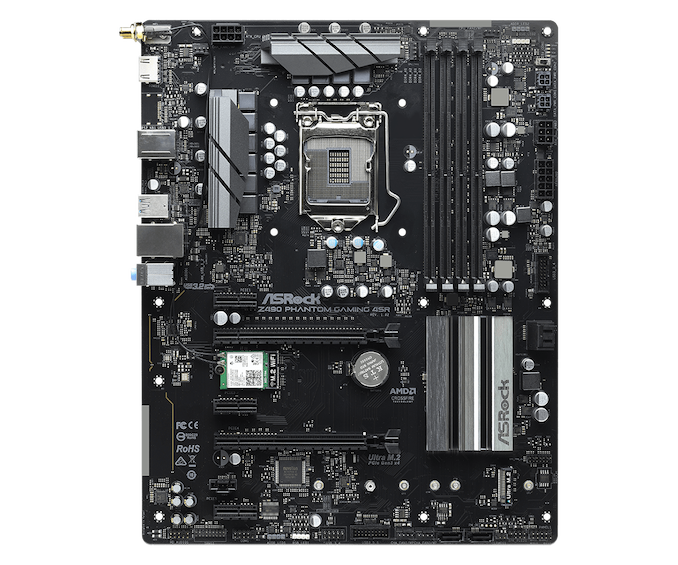 On the face of it, the new ASRock Z490 Phantom Gaming 4SR looks very much like what a user should expect from a Z490 motherboard, with a socket, power delivery, PCIe slots, and other additional controllers. What makes it stand out is the power supply connection, as defined in the standard (or Intel reference manual).

The main power comes from the first 10-pin connector, which provides up to 288 W. For small and medium sized motherboards, this should be the only power that is needed. 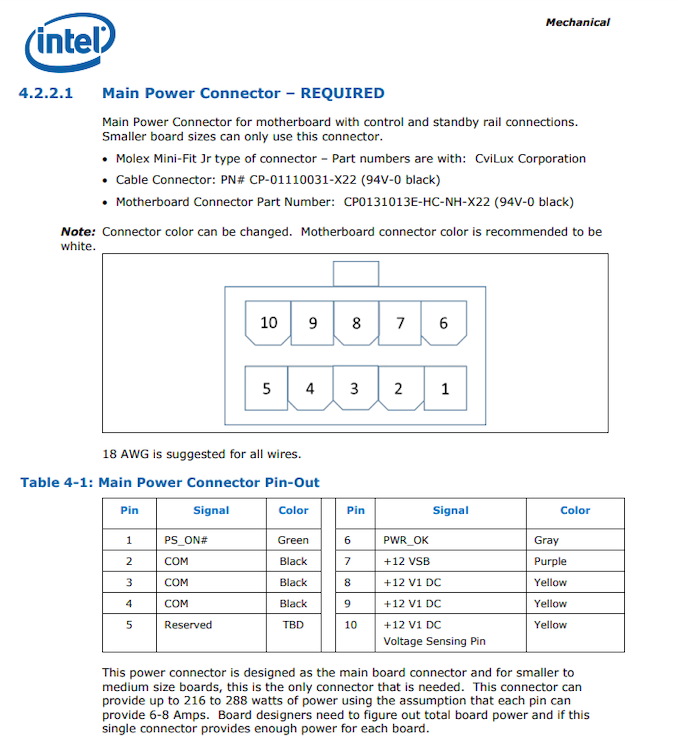 Additional power for high-end motherboards that need it come from a 6-pin connector, which can provide another 288W. 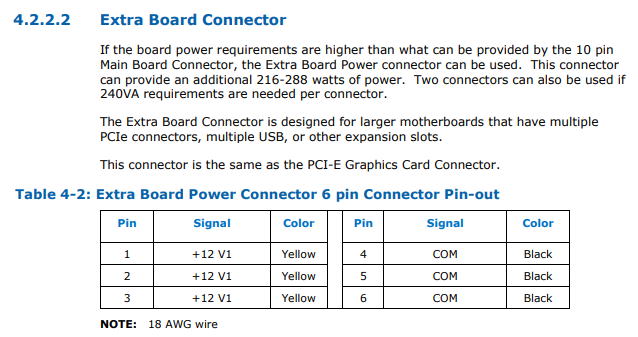 Note that the 8-pin 12V CPU power is still required for the processor – the 10 pin (and 6-pin) here give power to the components on board, and the PCIe slots. 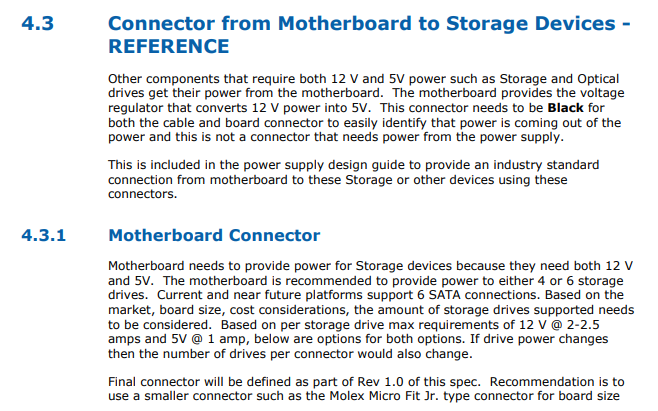 What makes this perhaps a little strange is that although this new ATX12VO standard is aimed at the lower power parts of the market and the more embedded designs, ASRock has made this a full Z490 board. It supports overclocking and fast memory, it has better gold-pin plating in the DRAM slots, there’s an ALC1200 audio codec, 802.11ac Wi-Fi, and so on. That being said, the PCIe slot layout is only x16 from the CPU and x4 from the chipset, rather than an x8/x8 design. 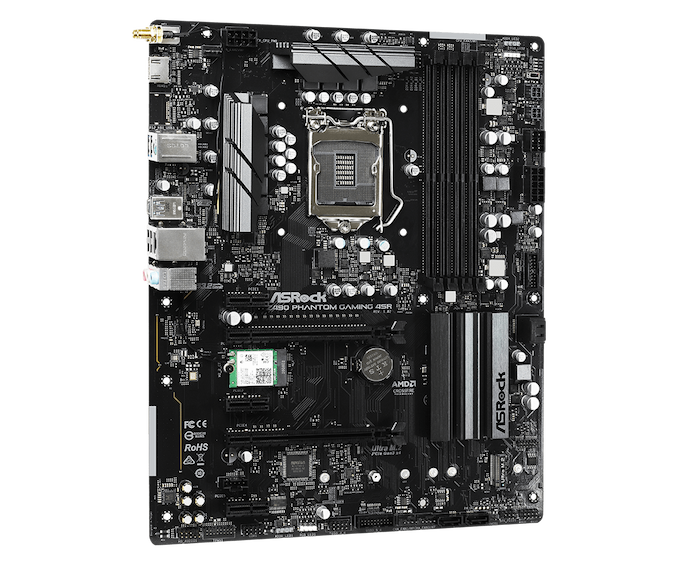 As to when this motherboard goes on sale, we’re not quite sure – very likely it will be region limited as well. It depends on how well the power supply industry gets into gear with their ATX12VO products for consumers as well.