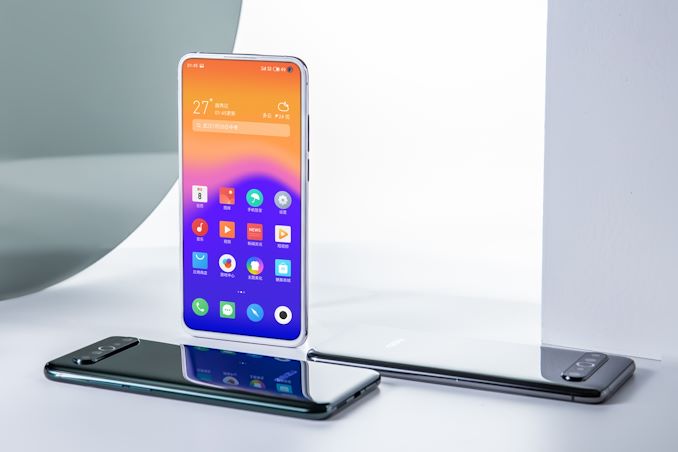 Today Meizu announced its 2020 flagship follow-up to the popular Meizu 16s: the new Meizu 17 and 17 Pro. The two new phones represent a design shift for the company as it moves to a new industrial design that’s a bit more unique. The new flagship phones are powered by the new Snapdragon 865 SoC and house Sony’s latest IMX686 64MP 1/1.72” main camera sensor.

Meizu is releasing two devices this year, both have the same form-factor with a 6.6” 90Hz OLED screen, but they differ in their other cameras and some other internal specifications, making for a slight price segmentation between the two units.

Both phones are powered by the new Snapdragon 865 chipset by Qualcomm offering top of the line flagship performance. The two devices are 5G enabled and come with support with relevant sub-6GHz band support in their respective launch markets, starting with today’s China launch.

Meizu uses 128 or 256GB of UFS 3.1 storage capacities for both phones, while on the DRAM side the Meizu 17 comes with 8GB of LPDDR4X, and the 17 Pro offers either 8GB or 12GB of LPDDR5, marking Meizu as one of the rarer vendors who make use of the chipset’s hybrid memory controller. 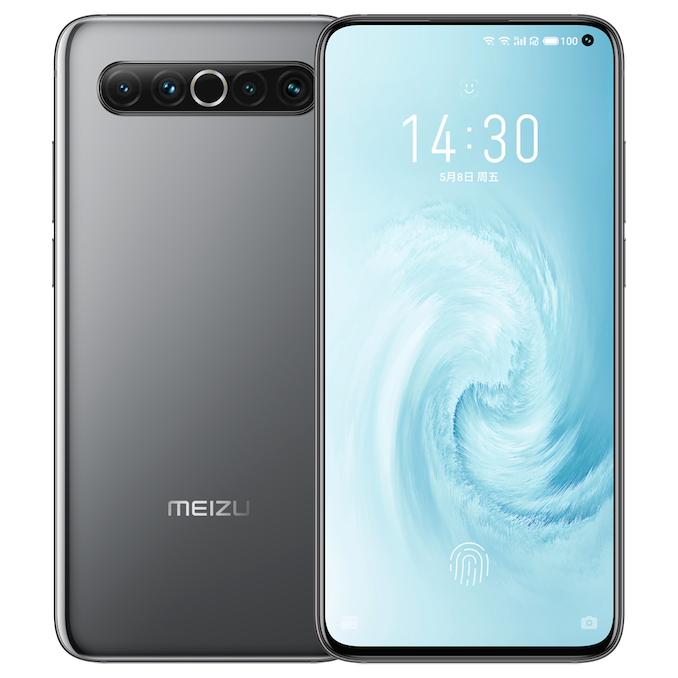 The phone is actually quite large and a significant upsizing from past Meizu flagships, as the 17’s now come in a 160mm x 77.2mm (!!) footprint, making these one of the biggest phones out there. Thickness comes in at 8.5mm for both units.

In the bigger form-factor we find a 6.6” AMOLED display from Samsung which is said to have been designed in collaboration with Meizu to achieve smaller 3mm top and bottom bezels. The resolution is at 2340 x 1080p, so a 19.5:9 aspect ratio, and the screen support 90Hz refresh rate alongside 180Hz touch sampling.

The front camera module is a 20MP unit with f/2.0 optics and is a display hole cut-out design. The speciality here is that the cut-out radius is only 2.99mm which if we’re not mistaken is the smallest radius of its kind to date in a smartphone.

Whilst both variants feature the same 4500mAh battery capacity, the 17 Pro is heavier at 217 vs 199g because of the inclusion of different internal hardware. The one thing that is outright omitted from the regular version is wireless charging, whilst the Pro version supports 27W fast wireless charging, on top of the 30W wired charging for both units. 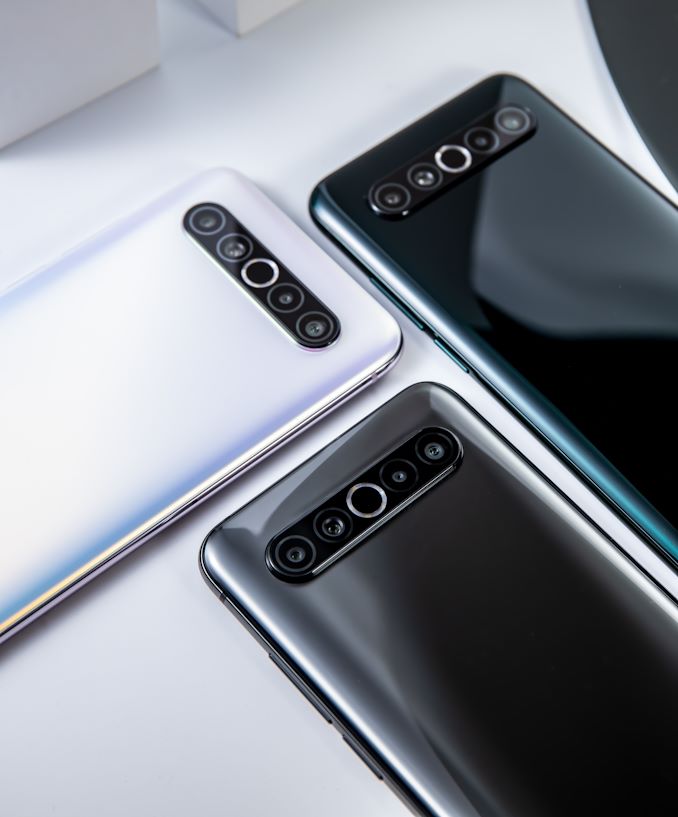 Both phones share the same main camera sensor with is a 64MP IMX686 – the successor to the widely popular IMX586 last year. The sensor features 0.8µm pixel pitches and is of a 1/1.72” diagonal which means it’s among the bigger sensors out there today. With 2x2 pixel binning it results in 16MP photos with an effective light gathering pixel-pitch of 1.6µm. The optics are a 26mm equivalent focal length with an f/1.8 aperture. Meizu seemingly doesn’t outright specify OIS so we do hope it’s present on the module.

The other camera modules differ completely between the two variants, starting off with the regular Meizu 17:

We find a 12MP secondary IMX362 module that in some PR materials is described as a telephoto module, although the company doesn’t exactly list the zoom or focal length. We find f/1.9 optics here.

The Meizu 17 Pro changes up the non-main camera modules. First of all, the telephoto module is now powered by an Omnivision 08A10 sensor with a 3x zoom capability to up to 79mm equivalent focal length, but it’s of a lower 8MP resolution with 1.0µm pixels. 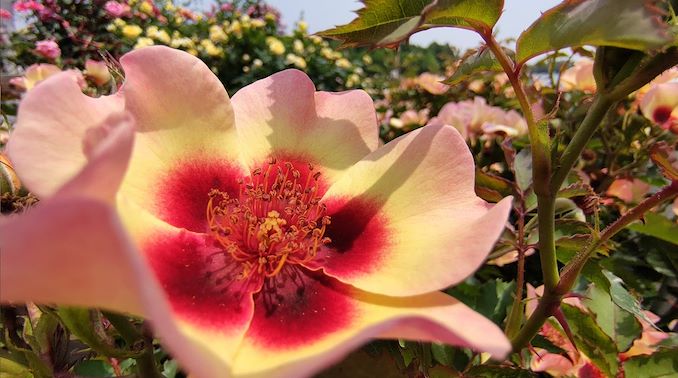 The ultra-wide angle on the 17 Pro is extremely interesting as it’s a 32MP IMX616, a very rare configuration. For some reason Meizu describes this as a 129° field of view module even though the focal length is only 15mm equivalent, narrower than some other devices we’ve seen out there, so the specs here are a bit conflicting. There’s f/2.2 optics on the unit. The speciality here is that Meizu dropped the macro module in favour of a 3D ToF (Time of flight) sensor, as the ultra-wide-angle unit has an auto-focus mechanism that allows it to focus as closely as 3cm and act both as a ultra-wide as well as a macro unit. 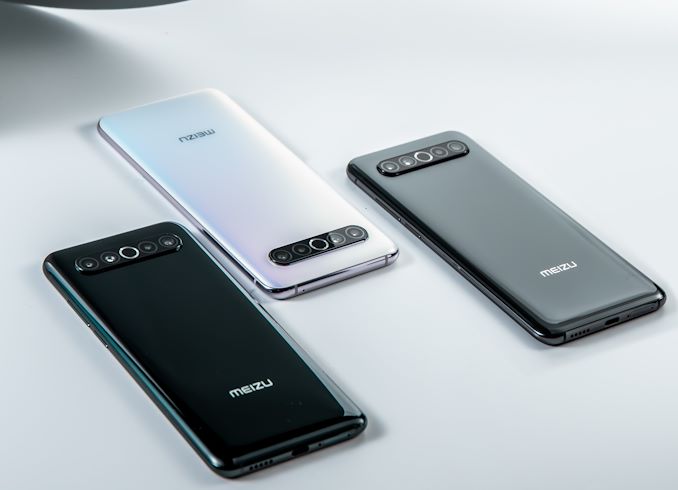