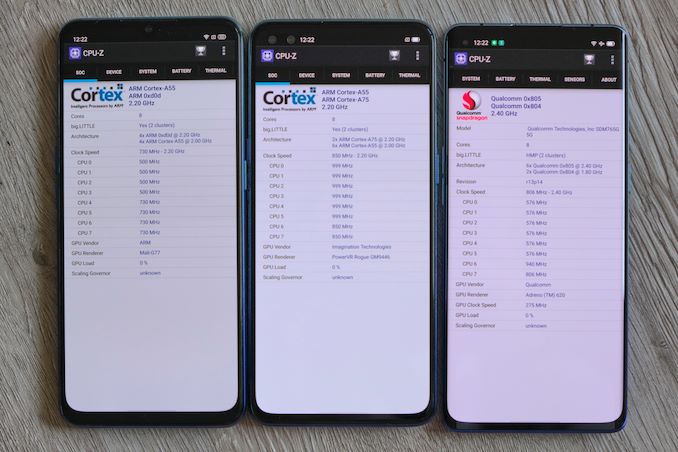 The last 2 years have been quite exciting for the mobile silicon landscape – Arm’s release of the Cortex-A76 had marked a big jump in performance for smartphones, vastly raising the bar of what is possible to achieve in a mobile SoC. With this generation, we’ve also seen SoC vendors deploy some increasingly competitive designs that improved upon their predecessors – much to do with the new IP, but also a large part thanks to new 7nm manufacturing technologies.

We’re all too familiar with Qualcomm’s Snapdragon 855 and 865 which power the majority of flagship devices in the market right now. Qualcomm has been steadily improving their execution of the last couple of years ever since the Snapdragon 835, and the new S865 is really a great balance between performance and power efficiency for 2020’s devices. We’ve also seen HiSilicon push out quite competitive products with the Kirin 980 and the 990 – although the future of Huawei’s in-house SoC designs are in grave limbo and run the risk of no longer seeing successors in the future.

Qualcomm’s and HiSilicon’s successes have however come at a cost in the market though – we’re all aware of Samsung’s missteps with their Exynos series, although we do hope things will improve in the comings years, fingers crossed.

The other victim to Qualcomm and Huawei’s success has been MediaTek. The Taiwanese SoC vendor had been traditionally been a larger player in the smartphone market, however it’s been losing market share to Qualcomm quarter after quarter for years now. Last year, the company had revealed that with the new 5G generation of “Dimensity” SoCs we’d be seeing a renewed push into the high-end market.

Today, we’ll be taking a closer look at one of these Dimensity 1000 powered phones, the OPPO Reno3 5G. The Reno3 series has been quite the oddball device line-up this year, as the company has been selectively releasing quite different variants at a rapid pace in different markets – all with different SoCs and slightly differing device specs.

All in all – there’s 4 different variants of the “Reno3”, with the key characteristic being that we’re seeing quite different devices in the Chinese market compared to the international counterparts. We have had our hands on 3 of these for several months now:

The Chinese market Reno3 5G is the most interesting device today as it’s the one phone that employs MediaTek’s newest Dimensity 1000 SoC. To be precise, this is a “1000L” lower-binned variant of the chip that slightly differs in clocks speeds and GPU configuration. Originally planned for 4x 2.6GHz Cortex-A77 cores with 4x 2.0GHz Cortex-A55 cores and a Mali-G77MP9 at 800+MHz, the new lower-binned chip only clocks the big cores at 2.2GHz, and disables two GPU cores to make it an MP7 configuration at 695MHz. Strangely enough, this May we saw MediaTek re-release the chip in the form of the Dimensity 1000+ with the full specifications that were originally promised late last year. 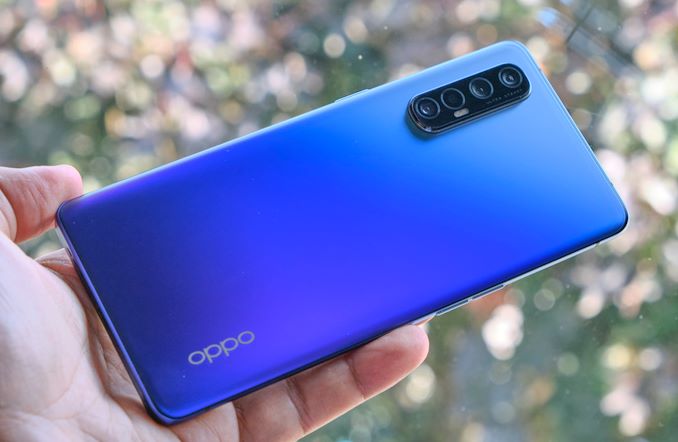 The Chinese market also received the Reno3 Pro 5G – a higher-end variant of the phone with a different design, powered by Qualcomm’s Snapdragon 765G SoC. This product positioning was quite weird, as on paper, you’d expect the regular Reno3 5G actually outperform the Pro 5G variant – and this is actually the most interesting topic we’ll be addressing today. The Snapdragon 765 features older Cortex-A76 cores, one at 2.4GHz, and one at 2.2GHz, alongside 6x Cortex-A55’s at 1.8GHz, and has the Adreno 620 as its GPU.

The interesting thing also about the Reno3 Pro 5G is that a few months after the Chinese launch, we’ve actually seen the device come to international markets, but this time marketed as the Find X2 Neo. 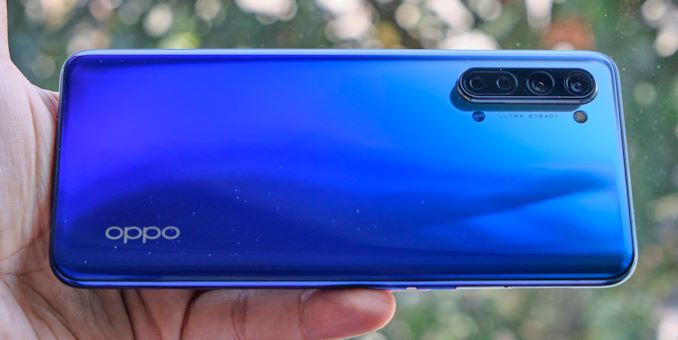 The Reno3 and Reno3 Pro in international markets are seemingly quite shadows of their Chinese counterparts. The Reno3 comes with a 2018 launched MediaTek P90 chipset, while the Reno3 Pro using a P95 that doesn’t really change much at all in the configuration of the chip beyond a slight clock boost to its AI engine. The 2x Cortex-A75 cores at 2.2GHz with 6x A55’s at 2.0GHz and an ImgTech PowerVR GM 9446 GPU at 970MHz are all quite outdated in 2020 – with the SoC being fabricated on an older 12nm process.

The Reno3 Pro also has very little to do with the Reno3 Pro 5G other than their naming – the latter is clearly a higher-end device in terms of design and screen.

The piece today isn’t much of a device review as it’s more focused on the SoC differences between the phones, with an emphasis on the MediaTek Dimensity 1000L on the Chinese Reno3 5G.

The Reno3 phones are actually outdated by this point in time as the company has followed up with the Reno4 series in China – a slight design iteration on the previous gen, mixing and mashing specifications again whilst retaining the Snapdragon 765G and dropping MediaTek as a SoC source, making today’s article all the more intriguing.