The ultraportable, relatively low cost ASUS Eee PC made a big splash since its debut. Offered at a sub-$300 price point in its simplest configuration and available from a large number of distributors, including big consumer stores like Best Buy, the Eee has carved out a niche for inexpensive subnotebooks that other manufacturers are now rushing to help fill. Recently they've expanded their product line with a 4G model that includes Windows XP pre-installed and, astonishingly, lists at the same sticker price as the Linux version ($399). Once again, let's delve into the Eee and examine what the Windows XP environment does for us.

What do I get?

If you haven't seen our previous articles on the Eee, there are many additional product and screen shots in those reviews. Here, we will primarily focus on the differences due to the Windows XP operating system.

The hardware in the 4G and 4G XP is identical. However, this time around, ASUS has thrown a few more goodies in the box: a small optical mouse and a 4GB SDHC card for additional storage space. 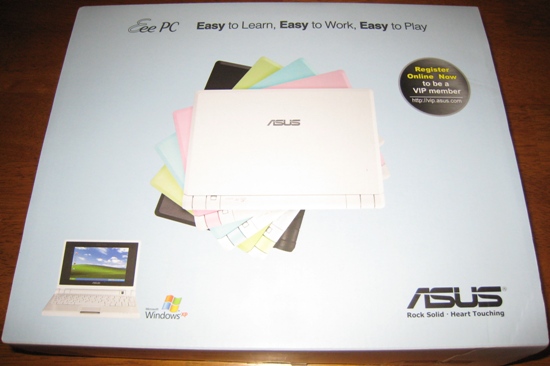 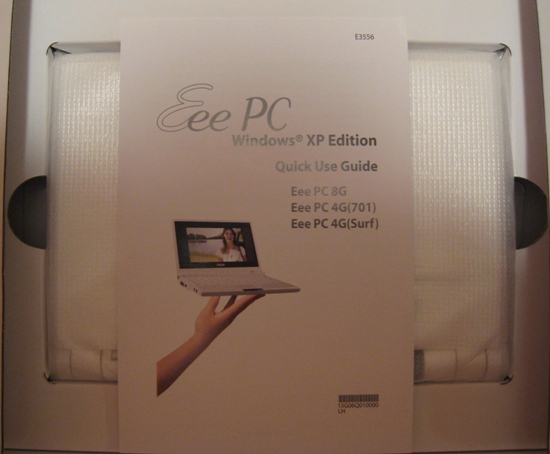 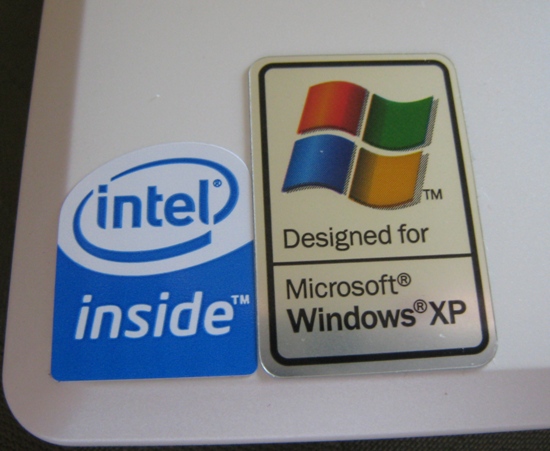 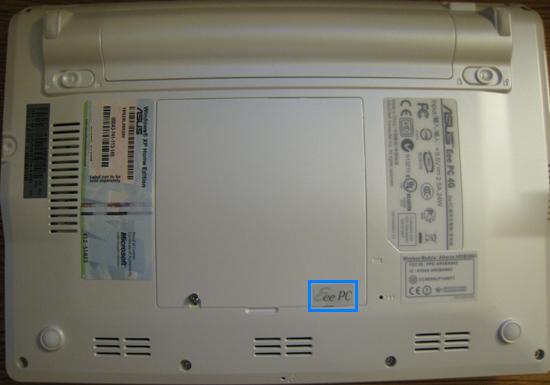 What's this - warranty no longer "void if removed"? 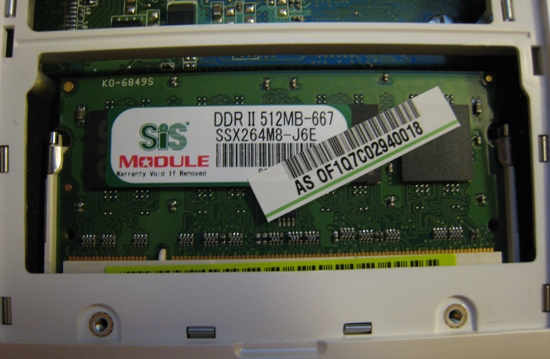 Another minor tweak, as pointed out in the memory photo, is that the "Warranty void if removed" sticker over the access panel is gone, replaced with a rather useless "Eee PC" sticker. Other than that, the hardware and specifications are identical to the original 4G, and we won't rehash them here, other than some discussions of the processor later on. 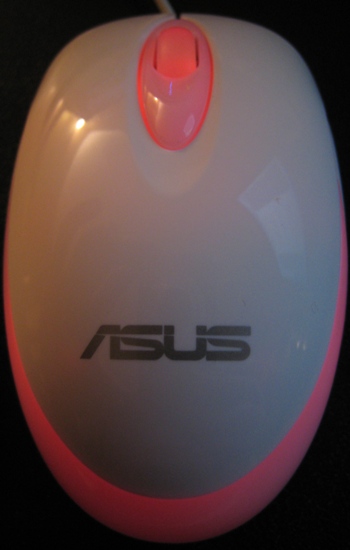