When You Want A Little Gaming: The AVADirect Nano Gaming Cube

Exactly How Much Power You Can Fit in a Mini-ITX Case?

If the benchmarks on this page look familiar, it's because they're essentially the same charts we used for the review of the CyberPower Xtreme Gamer 8500. In this instance we're highlighting the performance of the AVADirect Nano Gaming Cube. It's a good opportunity to bring up an important consideration here: while the processor in the cube has been overclocked to 3GHz, it's still a quad-core i5 without Hyper-Threading, and oh yeah, it's being handled by a server processor cooler. The cube is substantially daintier than the competition, and expectations should be attenuated. We'll start with the basic system-based benchmarks.

Update: We've added our own "custom built" PC to the benchmarks as another point of reference. That system consists of an i7-920 cooled by a Noctua NH-U12DX HSF with push-pull NF-P12 fans, Gigabyte X58A-UD3R, 6x2GB Crucial DDR3-1600, and CrossFire HD 5850 GPUs, all running off an Enermax Pro87+ 500W PSU. The storage setup is overkill for most: a 120GB OCZ Vertex 2 SSD with a SandForce controller for the OS, and an older OCZ Vertex 128GB SSD. All of this is housed in a stylish Lian Li PC-7B case. Total cost? Pricing out the components on Newegg gets us to just $2300, including the OS (though the two SSDs account for $525, and there's $60 in mail-in rebates available. But there's a catch: the CPU is an old engineering sample that's locked down so tight that overclocking is out of the question. Change the uncore multiplier or raise the BCLK more than 4MHz and the system refuses to POST. Ouch! So this is a super overkill setup intended for overclocking but in need of a different CPU. Not surprisingly, the CPU is clearly holding it back in quite a few tests, and the other components should allow for a healthy overclock; anyway, it's one more system to add to our benchmarks, and it serves as an interesting look at what happens with a stock i7 CPU. 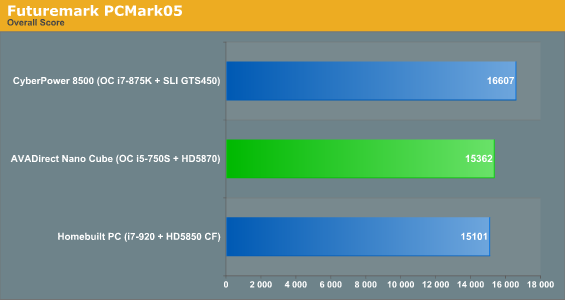 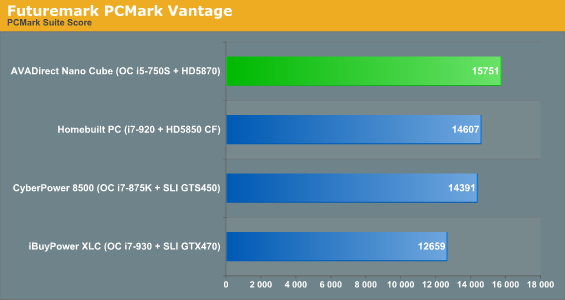 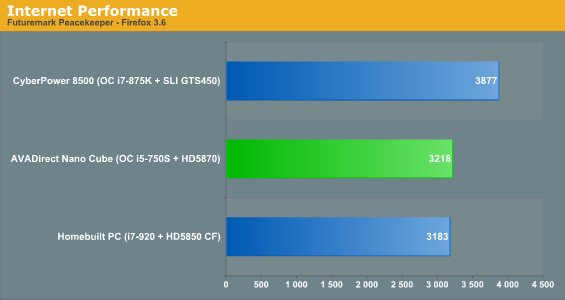 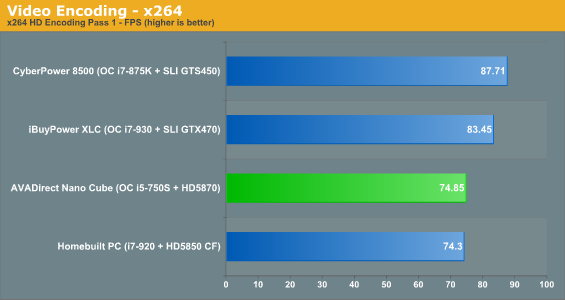 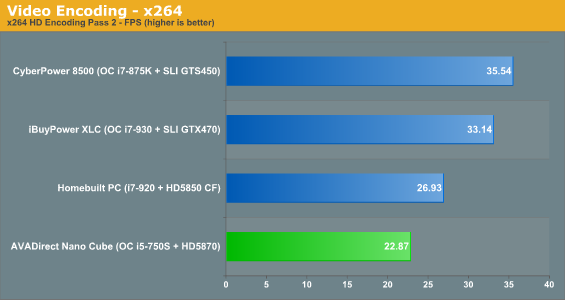 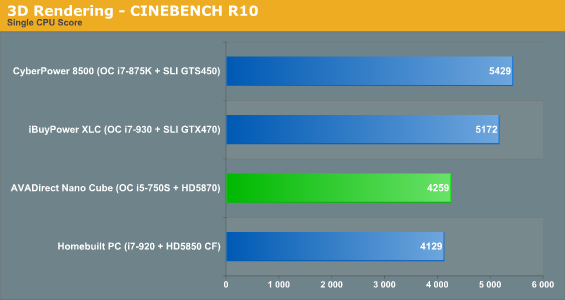 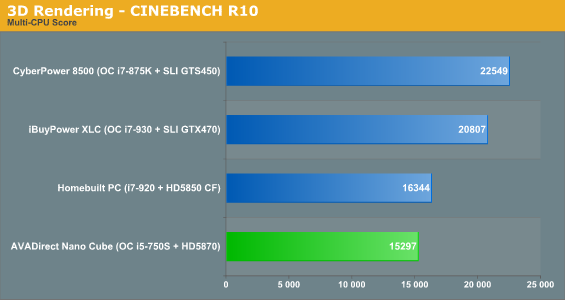 It's fair to say the multi-threaded benchmarks aren't particularly kind to the cube, but also understand that the 750S is running at a still-reasonable 3GHz and doesn't benefit from Hyper-Threading like the i7's do. These numbers are still comparable to the numbers on the Dell Studio XPS 7100 we reviewed, a machine that had the benefit of a full two additional physical cores and a higher TDP. At this point it's worth adding that the iBuyPower Paladin XLC is running at a 3.5GHz overclock on its i7-930, and the CyberPower Xtreme Gamer 8500 has a punishing 3.85GHz overclock on its i7-875K. The competition's fast to begin with. 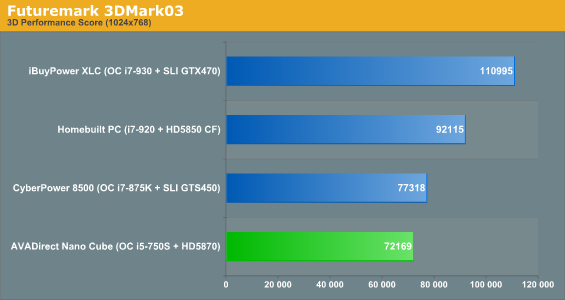 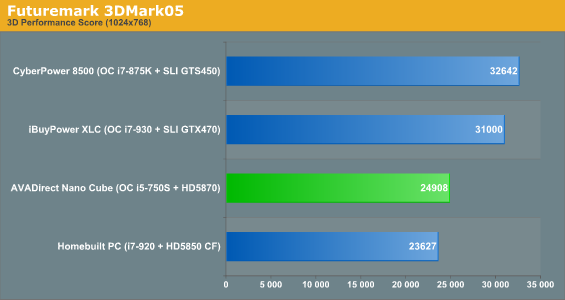 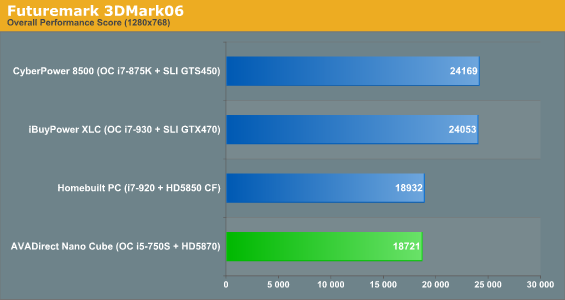 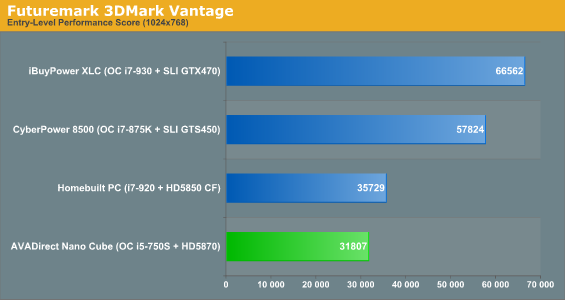 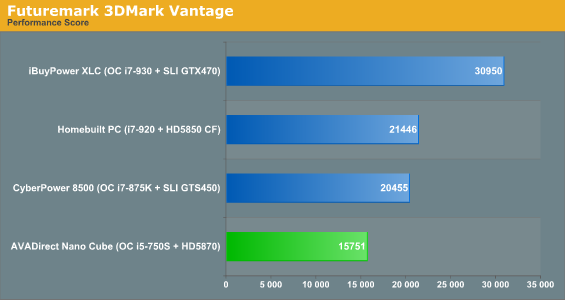 Unfortunately, performance suffers in every case from the 3GHz clock on the i5. Under ideal circumstances and an even playing field, the GeForce GTS 450's in SLI would be nipping at the heels of the AMD Radeon HD 5870 in the nano cube, but with the substantially faster core clock on the i7-875K (benefitting also from enough space for a watercooling kit), the cube just can't keep up. Having said that, these numbers are still pretty impressive given the tiny footprint of the machine producing them.