When You Want A Little Gaming: The AVADirect Nano Gaming Cube

At this point, we really almost want to be impressed that a computer this small plays games at all. Remember, though, this thing has a Radeon HD 5870 inside—a Radeon that didn't overheat once during testing, either. 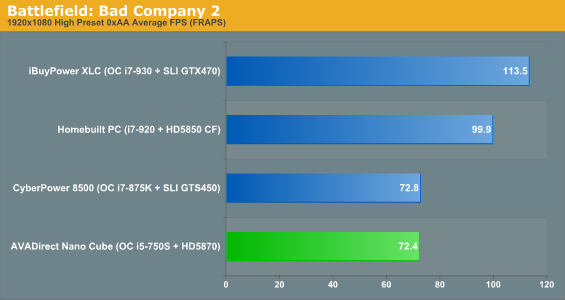 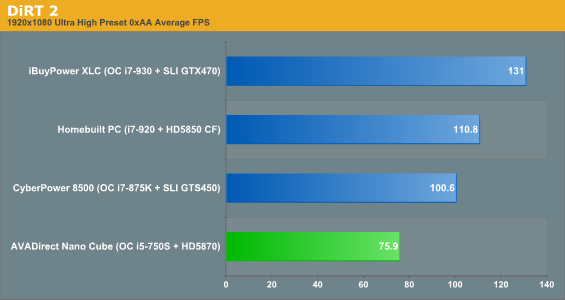 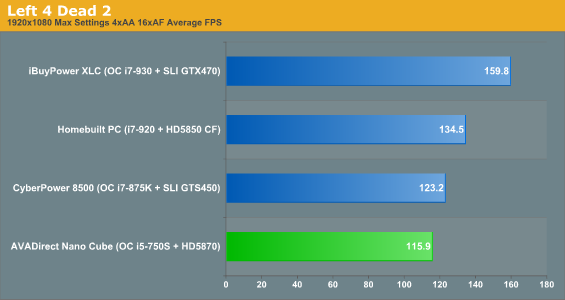 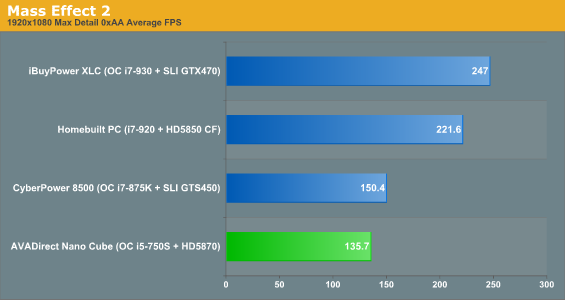 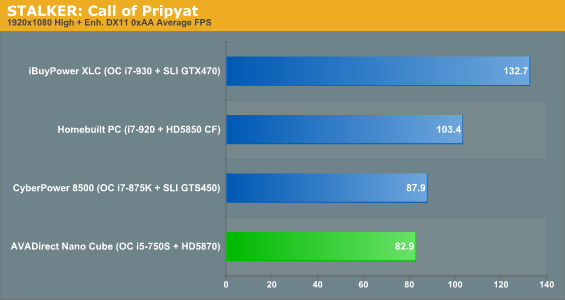 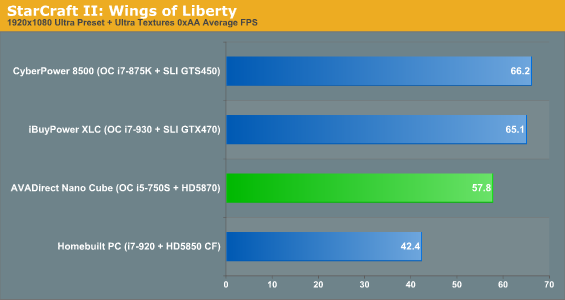 The cube may be sitting at the bottom of each of the charts, but look at the numbers. There isn't a single game here that isn't playable with plenty of breathing room. At the same time, we have to wonder if leaving the unit running at stock and allowing Turbo Boost to take the i5 to 3.2GHz on two cores might not have improved the standings a bit. StarCraft II, for example, doesn't scale past two cores at all. Seeing that benchmark GPU-limited is actually a rarity. It's academic, though: 57.8 frames per second is still extremely fluid. 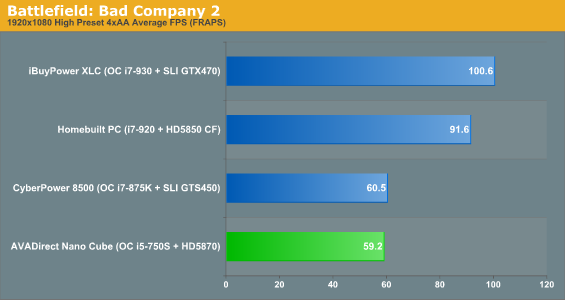 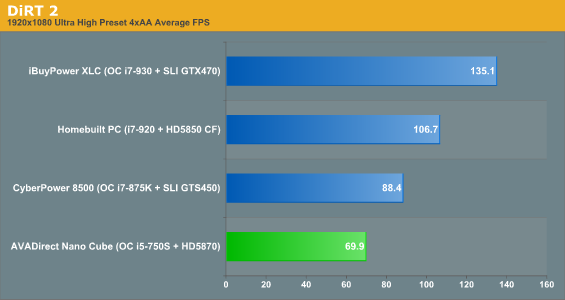 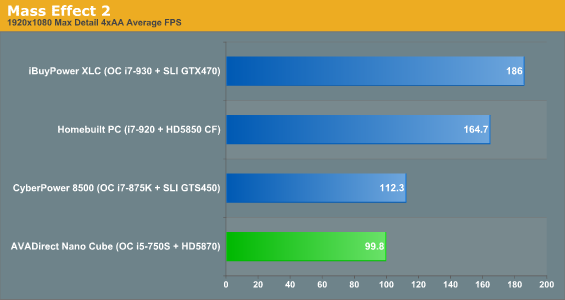 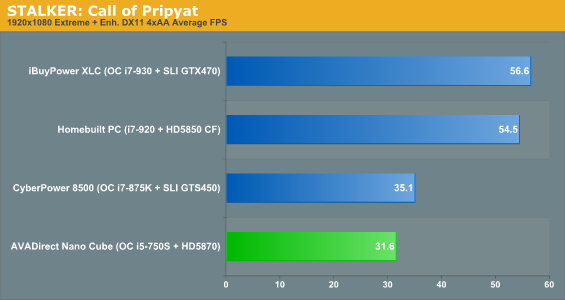 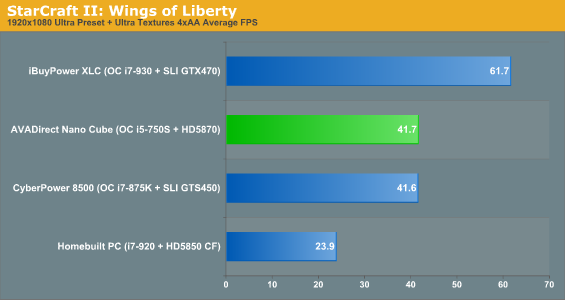 Once greater stress is applied to the graphics subsystem, the cube starts to acquit itself better as the 5870 gets to stretch its legs. Framerates are still beyond playable across the board with the exception of STALKER, which hovers precariously close to the 30-frames-per-second mark. In most cases, the cube with its slower processor and 5870 is able to hang extremely close to the heavily overclocked CyberPower unit with its eVGA SuperClocked GeForce GTS 450's in SLI. Meanwhile the pair of GTX 470's in the iBuyPower Paladin XLC blows everything away, much like the leafblower it sounds like under this kind of load.

Exactly How Much Power You Can Fit in a Mini-ITX Case? Putting Together the Cube
Tweet
PRINT THIS ARTICLE
Comments Locked