Content aggregation has been instrumental in the development of the web. In the early days of the web, destinations held all the power. If you wanted news or reviews you went to news and review sites, consuming the content they had to offer at each individual website. Email newsletters were the first to really change the manner in which content was consumed online. Instead of visiting a website to read the latest it had to offer, you got an email in your inbox with either complete content or enough of a teaser for you to decide whether or not you were interested in it.

These days we have many more ways to get access to written content on the web than a simple newsletter. There’s RSS, Twitter and Instapaper among others. It generally works well. RSS didn’t stop users from visiting websites, neither did Twitter and Instapaper hasn’t spelled the end of the front page either. If anything all of these technologies have helped make consuming content online easier. While the front page of any website today isn’t quite as big of an example of prime real estate as it was 10 years ago, it’s still quite valuable.

I mention this history for one important reason: we haven’t seen the same progress with aggregating and distributing television content on the web. These days you can find a lot of cable TV content on the web, usually posted the day after the shows air live on cable TV. All of the major networks support it. Visit Fox.com, NBC.com or CBS.com and you’ll be greeted with ways to watch all of the shows they air via the web. The content is all out there, and it wouldn’t be too difficult to aggregate it all into one cable-TV-like interface. In theory, with what’s posted online already, you could pull the plug on cable and just rely on video over the web without missing much. It’s just not quite as easy as a cable subscription with a DVR. This is where Boxee comes in.

Front and center at the official Boxee website is the intent:

“A lot of your favorite shows and movies are already available on the Internet.
Boxee is a device that finds them and puts them on your TV. It’s easy to use and even better, there’s no monthly fee.“

I couldn’t have said it better myself. Boxee’s software was branched off of the Xbox Media Center project and now includes a lot of Boxee’s own code on top of the XBMC base. It’s freeware and available for Linux, OS X and Windows. No strings attached.

Just as people used ION to build XBMC boxes, Boxee encourages users to do the same and build their own Boxee boxes. And if you don’t want to bother building your own, Boxee teamed up with D-Link to build the Boxee Box by D-Link: 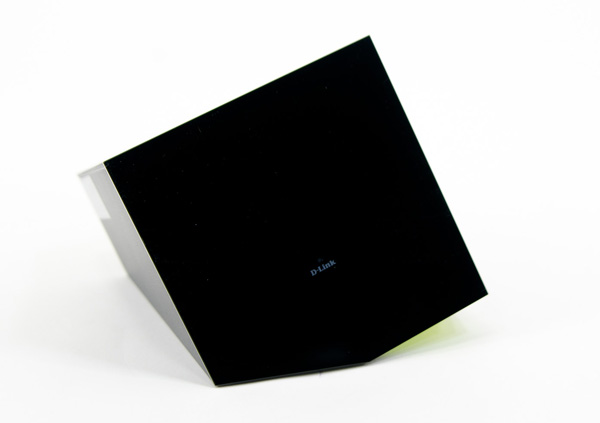 Boxee and D-Link's joint work on the Boxee Box became public knowledge around a year back. The streamer itself made a public appearance at the 2010 CES based on NVIDIA’s Tegra 2 SoC. In fact, it was the first platform to publicly demonstrate Tegra 2. However, Tegra 2 wasn’t able to support the high bitrates Boxee was targeting. Further testing made it necessary for Boxee and D-Link to shift to an Intel based platform: the Atom based CE 4100. Intel's SoCs have never been popular in the consumer space. The recent push for the 'Smart TV' by Intel however, has the scope to change that. Multiple Google TV platforms have already been introduced, but they are all priced out of range of the mass market. In this context, the Boxee Box, priced at $199, appears to be the ideal product to bring Intel's SoC technology to the consumers.

Boxee has a huge following all around the world for their extension of the XBMC platform. The Boxee Box is their first endeavor to bring Boxee (and XBMC) out of the HTPC niche and into the living rooms of the average consumer, and eventually lead them to a source of revenue. D-Link's media streamer product lineup has recently been facing stiff competition from the likes of Western Digital, and it was necessary for them to come up with an innovative product to remain relevant in this space. Ideally, D-Link would like their partnership with Boxee to help them reclaim some of their lost ground in the media streamer market.

With so many players having a stake in the success of the Boxee Box, it was no wonder that expectations were high. Intel's name on the box suggested that it could be the ideal HTPC replacement, with a small form factor. Boxee's involvement ensured that the user interface would be one of the best in the media streamer market. And D-Link guaranteed retail presence.

The ingredients all look good. We spent the past week testing the final product. So, how did the Boxee Box fare when we put it to the test? Read on to find out.

Inside the Boxee Heptahedron
Tweet
PRINT THIS ARTICLE
Comments Locked