The early 2011 MacBook Pro is honestly Apple's best effort to date. Only using quad-core CPUs on the 15 and 17-inch models, and offering an optional Thunderbolt Display that can act as a modern day dock makes this platform, particularly the 15-inch model, the perfect candidate for users who want the power and flexibility of a desktop with the portability of a notebook. Apple gets the mobile revolution in more ways than one, and its MacBook Pro/Thunderbolt Display combo is the perfect example of that.

It's this very combination that I've been using, partially since the introduction of the Sandy Bridge MacBook Pro earlier this year (the Thunderbolt Display didn't arrive until later). I've been quite happy with the setup. With the exception of lackluster Quick Sync adoption by Apple and obviously limited GPU options, I have very few major complaints. 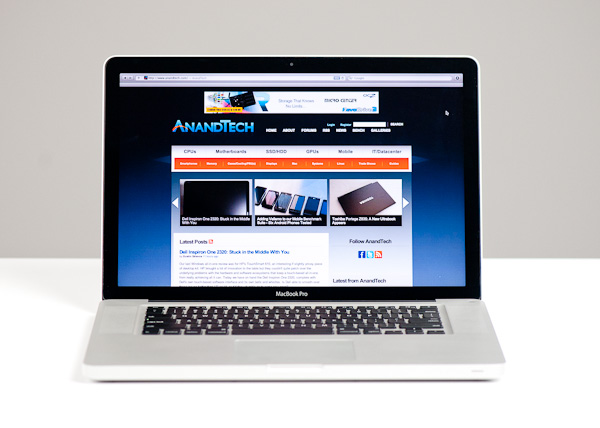 Late last month, Apple updated its 2011 MacBook Pro lineup - likely the first and last update before Apple adopts Ivy Bridge in Q2 next year. We got our hands on the new base 15-inch MacBook Pro configuration, which received one of the more substantial upgrades over the previous model. As this is still a fairly minor upgrade, be sure to read our original review of the platform for a deeper dive into all of the aspects of the system.

The focus of Apple's late 2011 update, despite rumors to the contrary, was on the silicon inside the platform. As the Mac business is a relatively mature one, we can expect a slower pace of chassis and design upgrades compared to the iPhone/iPad businesses for example.

We'll start with the CPU, the lesser updated chip in the new MacBook Pro. System pricing hasn't changed, but CPU speeds have all gone up. 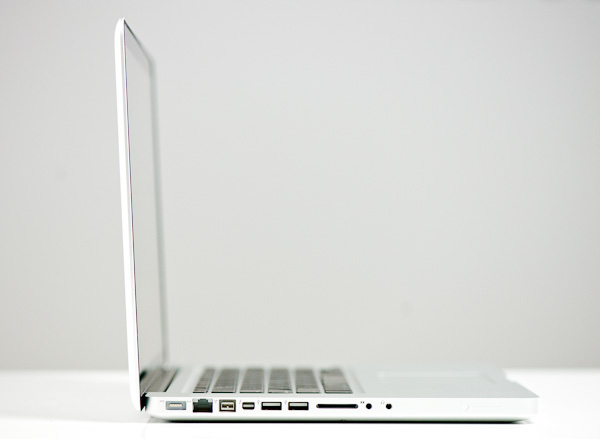 Just as before the 15-inch MacBook Pro is only available with a quad-core Intel Core i7 CPU (codename Sandy Bridge). The $1799 configuration goes from a 2.0GHz i7 to a 2.2GHz model. Be warned, this isn't the same 2.2GHz model that was available as an upgrade earlier this year though.

The upgraded 15-inch configuration comes with an all new Sandy Bridge SKU: the Core i7 2760QM running at 2.4GHz. Unlike the old 2.3GHz part, the 2760QM still only has a 6MB L3 cache. You do get higher base and turbo speeds. There's also a new 2.5GHz quad-core option that can run at up to 3.6GHz with a single core active. That's an absolutely insane frequency for a notebook. Notebook-as-a-desktop users will appreciate the flexibility here.

All of the new CPUs support AES-NI, although once again Apple is the victim of Intel's silly segmentation. The entry level 2.2GHz part does not support VT-d (Virtualization Technology for Directed I/O), which allows virtual machines to have direct access to I/O devices (including PCIe GPUs). I'm not sure if any current virtualization software for OS X supports VT-d, but the absence of the feature is important to note nonetheless. The rest of the CPU lineup supports VT-d. 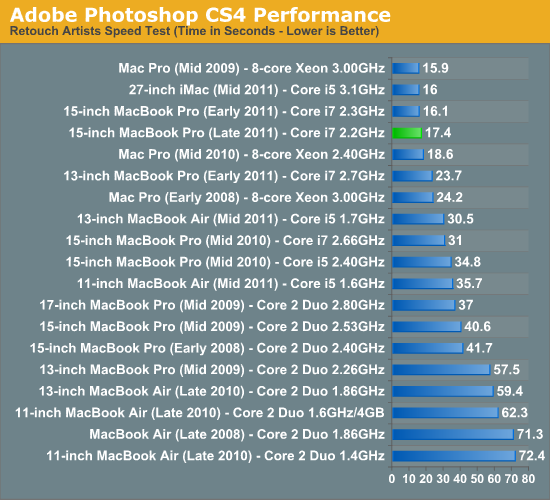 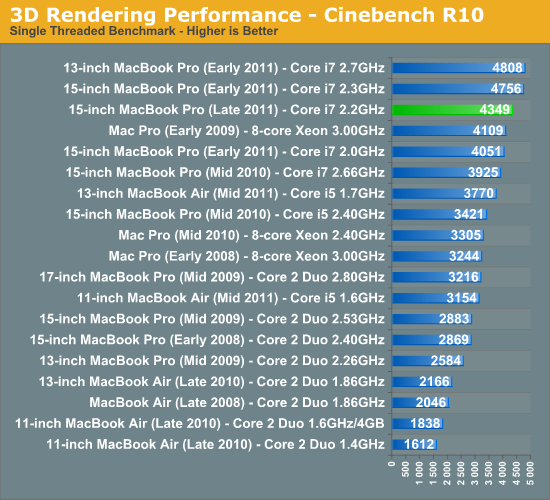 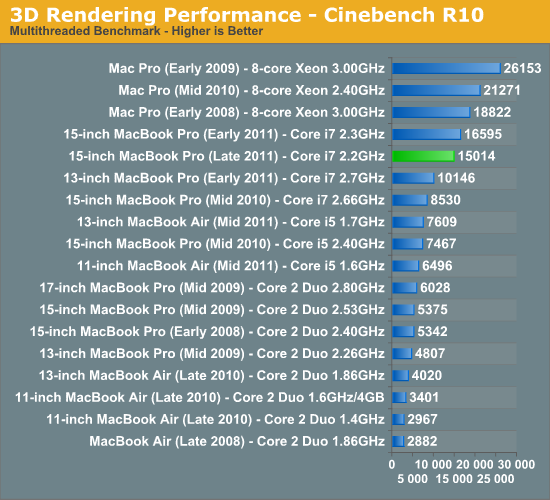 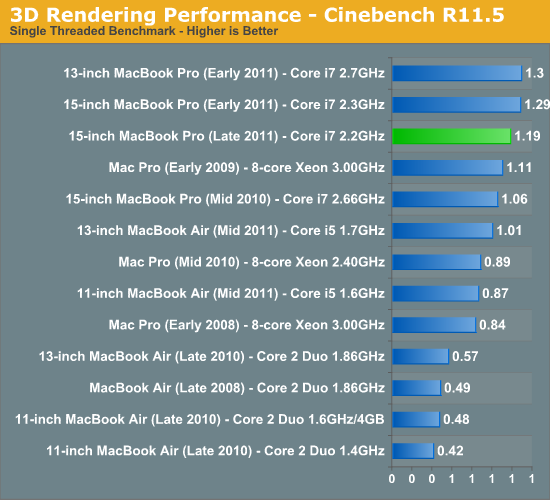 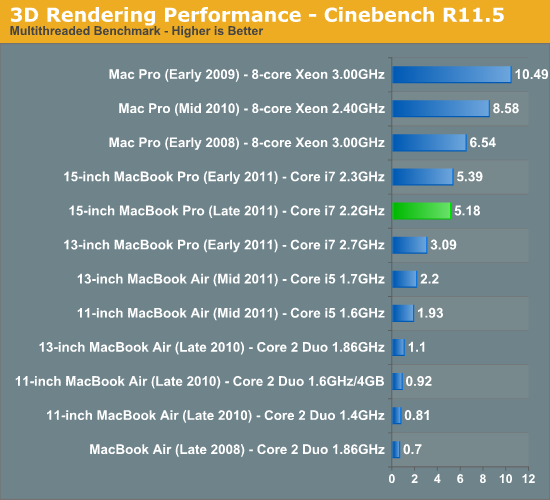 TDPs haven't changed, nor has the MacBook Pro's battery capacity, so overall battery life should (and does) remain relatively unchanged from the early 2011 models. Worst case scenario you can expect around 2.5 hours of battery life under load. With moderate load expect 4 - 5 hours of use on a single charge. And under a very light load you can easily exceed 7 hours. 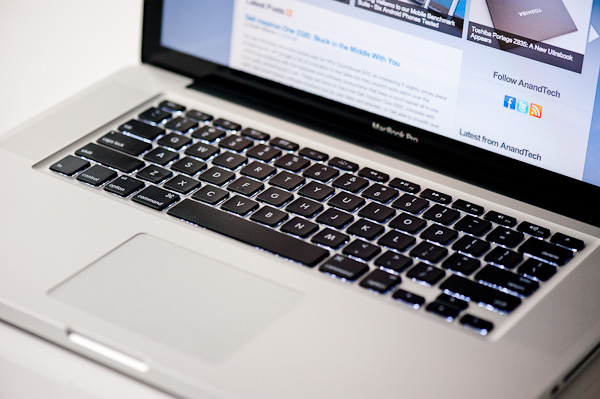 I ran our normal battery life suite, however Lion has made some of the numbers a little less comparable than I would've liked. The lighter use cases (e.g. our web browsing tests) see a drop compared to our older Snow Leopard results. Under full load the new platform, even while running Lion, actually did a bit better than its predecessor. All in all I'd say the new MacBook Pro is pretty consistent with its predecessor - Lion just threw a wrench in a lot of our battery life comparisons so we'll be starting over from scratch in building our new database. 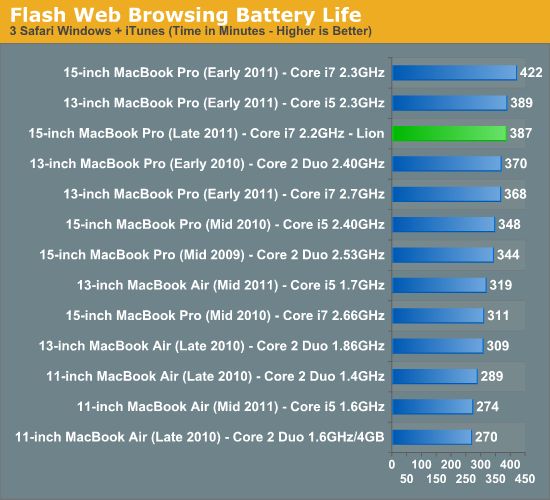 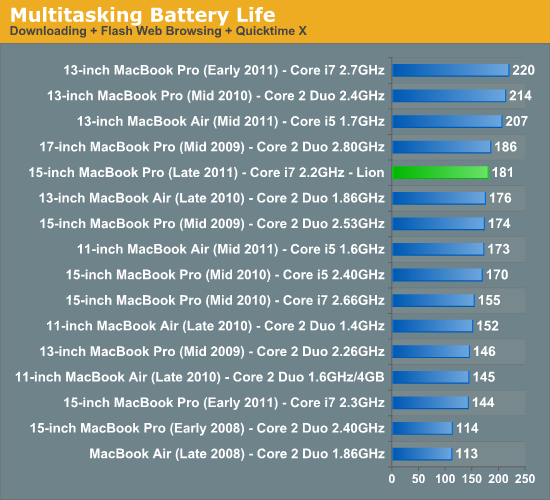