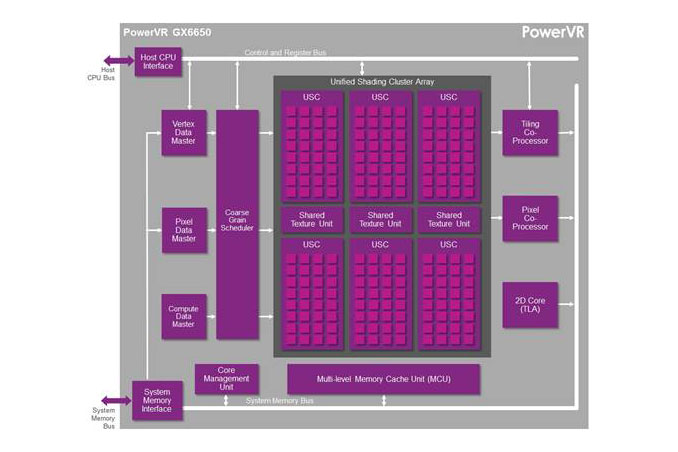 Ryan touched on this in his excellent deep dive on Imagination's PowerVR Series 6XT GPU architecture earlier today, but I wanted to specifically call out the new high-end from IMG that was announced back in January. Pictured above is a high-level block diagram of the new PowerVR GX6650, this is IMG's answer to NVIDIA's mobile Kepler/Tegra K1.

Below I've included a modified version of Ryan's comparison table from his architecture piece:

I tossed in the Series 6 PowerVR G6430 as a comparison point. The G6430 is the GPU in the iPad Air/iPad mini with Retina Display/iPhone 5s. If Apple decides to go all out with a GPU upgrade on its next-generation iPad Air (A8/A8X silicon perhaps?), the GX6650 would likely be the IP to use.