Google has finally announced its entrance into the smartwatch segment with the platform Android Wear. Much like how Android is a broadly adopted platform by many smartphone OEMs, Google hopes to have the same level of adoption with Android Wear. At its most basic level, Android Wear will be centered upon Google Now, which is a way of presenting predictive information in a card format. It will also serve as a touchless control device like the Moto X for voice searches, along with notifications and the abAndrility to act on specific notifications without taking out a phone, such as dictating a text message. If this sounds somewhat familiar, that’s definitely not unusual, because that’s exactly what Google Glass is for. An example of the notification system and the touchless controls can be seen below. Android Wear isn't just borrowing the Android brand name either, it seems that Android Wear is actually based on Android proper. The big part that Google hopes developers will use is the Wear SDK, which allows for custom UIs, sensor data collection, communication between wearable and phone, and hooking into the touchless control feature.

What is different is the social factor. While Glass is extremely obvious and relatively unacceptable to society due to potential privacy implications, an Android Wear smartwatch wouldn’t have such issues because a camera or video on a watch would be quite conspicuous. While this makes it much easier to see mass-market adoption of smartwatches, the lack of heads-up display functionality removes many of the killer applications that Glass had, such as the potential for live video streaming and navigation without taking ones’ eyes off the road. It’s hard to say whether this would mean that the case for a smartwatch is tough to swallow, but in the interim, such a formfactor is ideal. 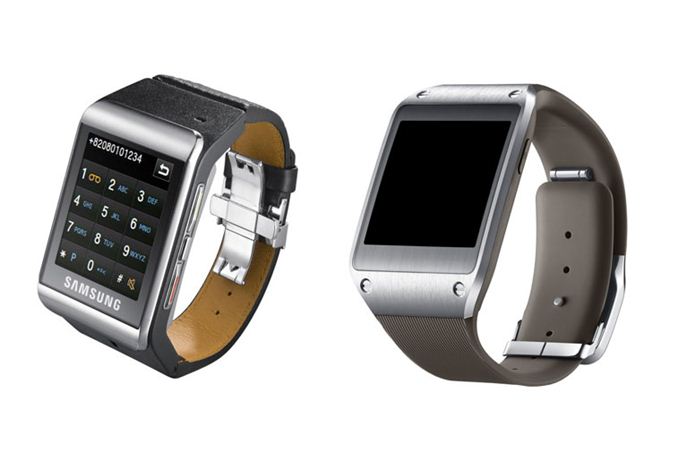 The elephant in the room is why Google is doing this. Ultimately, no one has really figured out how to best implement the smartwatch, and when the vast majority of people seem to expect budget prices on these accessories, it speaks to the perceived utility and value of such accessories. Despite this, Google is pushing on, and I’m convinced that this is the product of a burning desire to maintain the exponential growth that the smartphone market once had, as products like the Moto G are signaling a new era of dramatically depressed profit margins, greatly lengthened upgrade cycles, and OEM consolidation. This mirroring of the PC industry is likely the strongest reason why Google and its hardware partners are now moving to wearables. The other key reason is that Google wants to have the first-mover advantage in case wearables take off, a clear case of learning from past experiences in the smartphone space. The fact that it's now physically possible to have sufficient compute for a usable smartwatch explains the timing as well.

Of course, it’s worth looking at the sorts of designs already announced. The first one that we knew of was announced back in MWC at the Motorola press conference, but now we’ve seen the first images of the actual watch, dubbed the Moto 360, and it’s clear that Motorola understands that the most important part of the watch component has to be industrial design/material feel. While the circular display is undoubtedly more expensive, it’s definitely important as it helps to make the watch actually feel like a watch. The more traditional smartwatch would be the LG G Watch, which is said to be aimed at creating a low barrier to entry for developing on the Android Wear platform, which parallels the Nexus lineup for Android smartphones and tablets. Neither the LG G Watch nor the Moto 360 have any specific details for the display, SoC, RAM, or any other specifications, but it’s not a stretch to say that these would be running low power CPU cores with 512MB of RAM or less, with display resolutions solidly below VGA (640x480), based upon the size of the display that can be reasonably fitted on a watch for normal wrists.

Ultimately, it’s hard to say whether this will be an enduring trend or a passing fad. I’m reminded of early smartphones, which were often not very well polished as most OEMs had not yet figured out the right formula for solid usability. After all, a watch has generally been for fashion, while phones have always been tools first.