In the launch announcement, Apple announced that their new display had dual domain pixels, which improved viewing angles. Unfortunately they dropped the subject at this, which make for a lot of room for confusion. Anyone that does a cursory analysis through Google will only find references to this type of display in monitors for medical use or similarly technology used by IBM monitors.

However, dual domain pixels are actually not as complicated as they seem. In fact, this is a display technology I remember seeing with the announcement of LG’s AH-IPS technology back in 2011. For those interested in the technical definition, dual domain pixels refers to the fact that the electrodes in the pixels aren’t all aligned. Instead, they’re skewed when viewed from the perspective of the lines defined by the rectangular edges of the display. Because these subpixels are skewed, it’s possible to compensate for uneven lighting that occurs because each individual subpixel is viewed at a different angle, which causes a change in color and a faster fall-off of contrast. 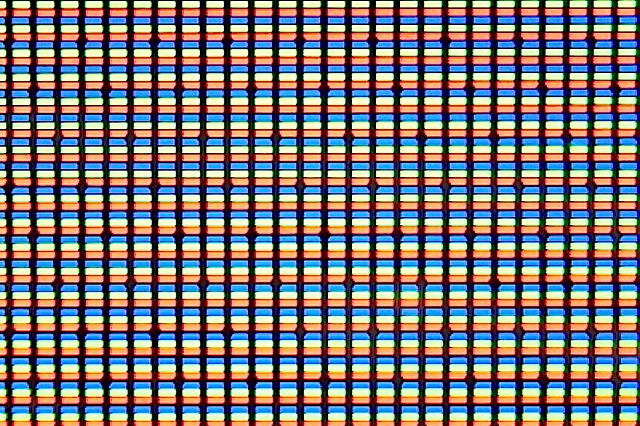 At any rate, this is easiest to explain with a photos. Above, we see the pixel layout of the iPhone 5. This is the standard rows/columns of pixels, and not really news to anyone that knows how displays work. Let's look at a dual domain arrangement next. 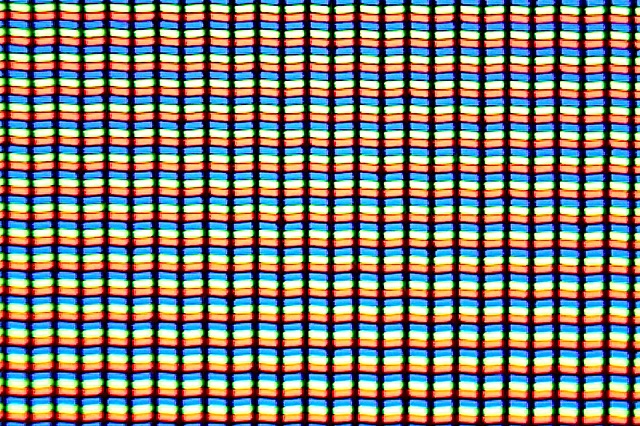 Anyone that has tried the HTC One (M7) or One X will probably understand the effect of this change as these phones have had this type of skewed subpixel format to get better viewing angles and less color shifting with changes in viewing angles. This can carry some risk though as black backgrounds may have some color shifting towards purple instead of yellow/blue, which can look strange but is quite subtle in my experience. There's really not too much in the way of disadvantages, so I look forward to seeing how Apple's new displays do in our tests.