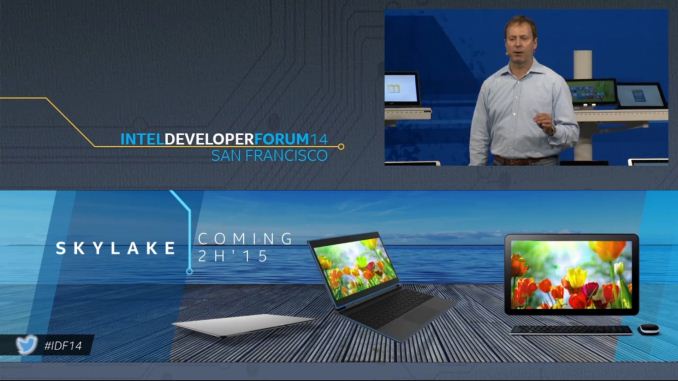 Taking place this week alongside the consumer electronics clamor is the annual Intel Developer Forum (IDF) at the Moscone Center in San Francisco. Though it has and continues to be first and foremost a developers conference, IDF also offers Intel a chance to unveil new products, and in more recent editions discuss and promote their plans for further breaking into the mobile market.

Diving right into the subject of Intel’s Core microarchitecture, with the Broadwell based Core M already in the process of launching, Intel is giving developers and the public a look at what comes after Broadwell. Already on Intel’s roadmaps for some time, Intel took to the stage at IDF14 to formally announce their next-generation Skylake architecture and to demonstrate its status.

In Intel terminology Skylake is the Tock to Broadwell’s Tick, offering a new microarchitecture atop the 14nm process first introduced with Broadwell. As is the case with every Core update, for Skylake Intel is shooting for significant increases in performance, power efficiency, and battery life. Since Skylake is built on the same 14nm process as Broadwell, Skylake is primarily an exercise in Intel’s architecture development capabilities, with its gains needing to come from optimizations in design rather than significant manufacturing improvements.

At roughly a year out from launch Intel is not saying anything about the architecture or design at this time, but they are using IDF to showcase that Skylake is up and running. Demonstrating this, Intel showcased a pair of Skylake development systems. The first of which was a traditional open laboratory testbed that was running 3DMark, which was being used to showcase that the GPU and CPU portions of Skylake were running and performing well. The second demonstration was a completed laptop that was playing back 4K video, and is an early version of the hardware Intel will be shipping as the software development vehicle for developers next year. 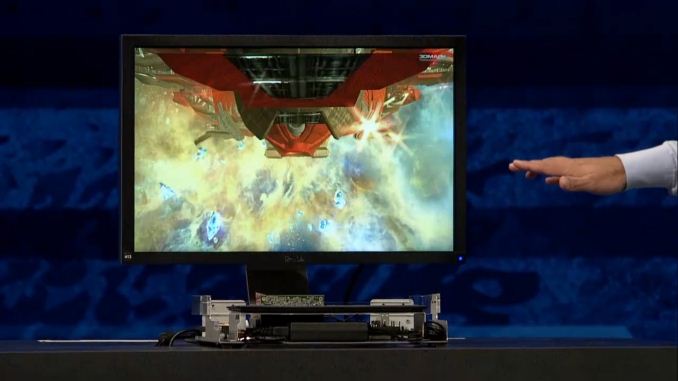 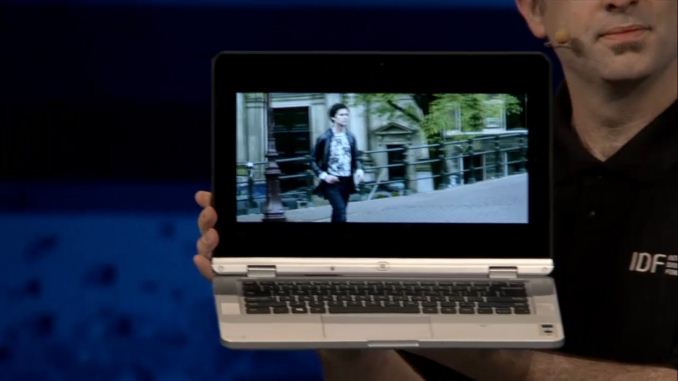 Alongside their demonstration, Intel also announced a rough timeline for the volume production and availability of Skylake. Volume production will take place in H2’2015, with product availability slated for later in the year. With Broadwell being behind schedule due to a slower than planned bring-up of their 14nm process, there has been some question over what would happen with Skylake and Intel clearly wanted to address this head-on.

Consequently a big part of Intel’s message on Skylake is that the next generation CPU is already up and running and is in a healthy state, apparently unfazed by the earlier 14nm delays that dogged Broadwell. At the same time the H2’2015 launch date for Skylake means that it’s going to be out roughly a year after the first Broadwell parts, which means Intel still intends to adhere to their roughly 1 year product replacement cadence.