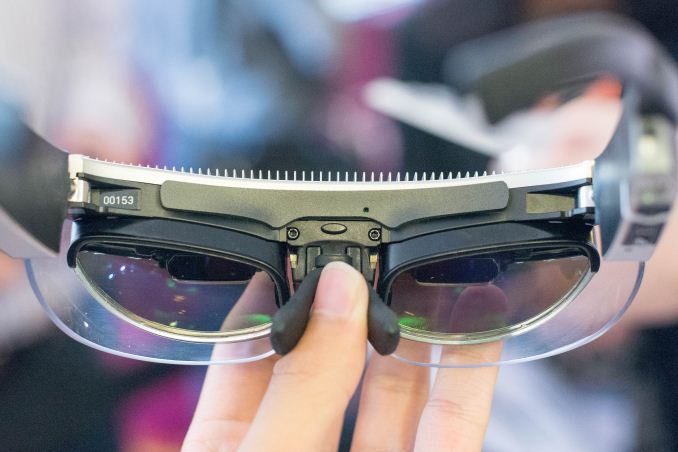 While it's still unclear to me what the future of wearables will be, I must admit that all things considered I feel that glasses are a better idea than watches as a form factor. If the goal is glanceable information, a heads-up display is probably as good as it gets. This brings us to the ODG R-7, which is part of Qualcomm's Vuforia for Digital Eyewear (VDE) platform. This VDE platform brings new capabilities for augmented reality. What this really means is that developers no longer need to worry about coming up with their own system of aligning content from a VR headset to the real world, as this platform makes it a relatively simple process. Judging by the ODG R-7, there's no need for a 3D camera to pull this off. 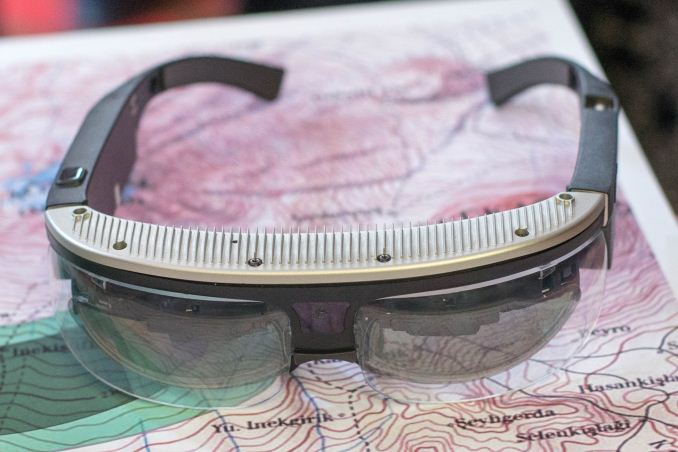 So let's talk about the ODG R-7, one of the most fascinating wearables I've ever seen. While its primary purpose is for government and industrial use, it isn't a far leap to see the possibilities for consumers. For reference, the ODG R-7 that I saw at this show is an early rev, and effectively still a prototype. However, the initial specs have been established. This wearable has a Qualcomm Snapdragon 805 SoC running at 2.7 GHz, with anywhere between one to four gigabytes of RAM and 16 to 128 gigabytes of storage. There are two 720p LCoS displays that run at 100 Hz refresh rate, which means that the display is see-through. There's one 5MP camera on the front to enable the augmented vision aspects. There's also one battery on each side of the frame for a 1400 mAh battery, which is likely to be a 3.8V nominal voltage. 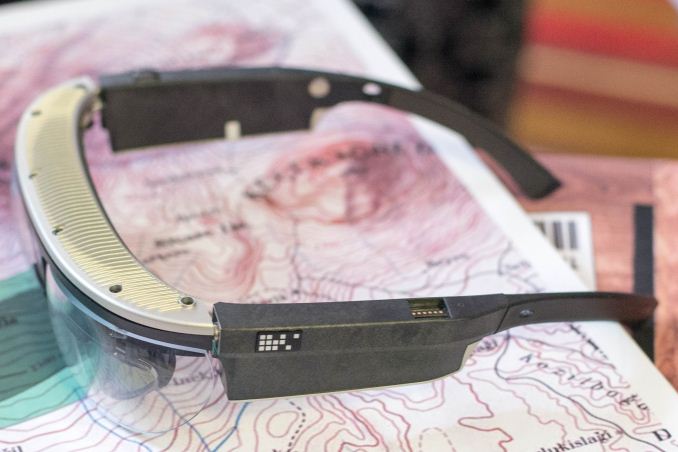 While the specs are one thing, the actual device itself is another. In person, this is clearly still a prototype as on the face it feels noticeably front heavy, which is where all of the electronics are contained. It's quite obvious that this is running up against thermal limits, as there is a noticeable heat sink running along the top of the glasses. This area gets noticeably hot during operation, and easily feels to be around 50-60C although the final product is likely to be much cooler in operation. 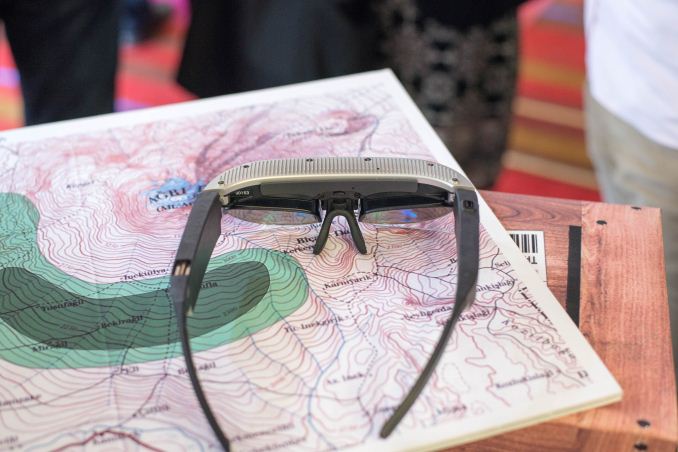 However, these specs aren't really what matter so much as the use cases demonstrated. While it's effectively impossible to really show what it looks like, one demo shown was a terrain map. When this was detected by the glasses, it automatically turned the map into a 3D model that could be viewed from any angle. In addition, a live UAV feed was just above the map, with the position of the UAV indicated by a 3D model orbiting around the map.

It's definitely not a long shot to guess the next logical steps for such a system. Overlaying directions for turn by turn navigation is one obvious use case, as is simple notification management, similar to Android Wear watches. If anything, the potential for glasses is greater than watches as it's much harder to notice glasses in day to day use as they rely on gravity instead of tension like a watch band. However, it could be that I'm biased though, as I've worn glasses all my life.