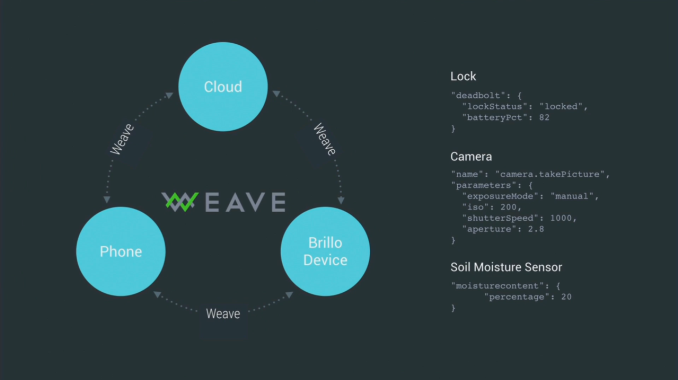 As part of today's announcements at I/O 2015, Google announced a new operating system and API targeted at the Internet-of-Things (IoT) space.

Starting off with the new OS, under the codename of Project Brillo, Google promises a very stripped down Android-derivative operating system. Google explains that it keeps the lower-level components of Android such as the specific Linux kernel modifications and hardware abstraction layers. Device, and most importantly SoC manufacturers can reuse and continue basing their software stacks on the Android frameworks that have been standardized in the mobile space. Project Brillo is meant to offer a versatile OS with minimal system requirements for IoT devices such as for example your thermostat or light switch. 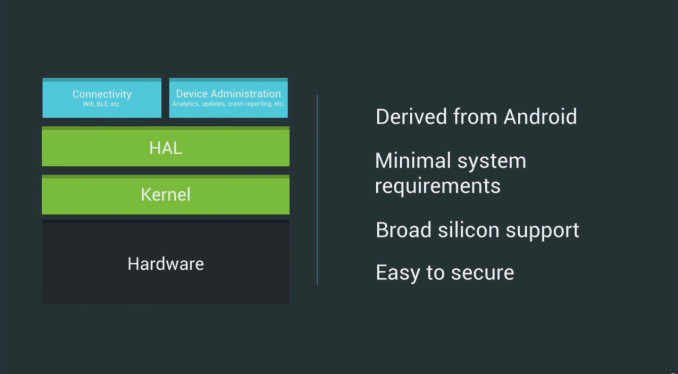 To make use and interconnect the IoT ecosystem, Google also announces WEAVE, which is an API framework meant to standardize communications between all these devices. We still don't have much technical information yet, but from code-snippets given in the presentation it looks like a straightforward simple and descriptive syntax standard in JSON format. WEAVE is a platform-agnostic API that can be implemented by any vendor and developer if they wish to do so. 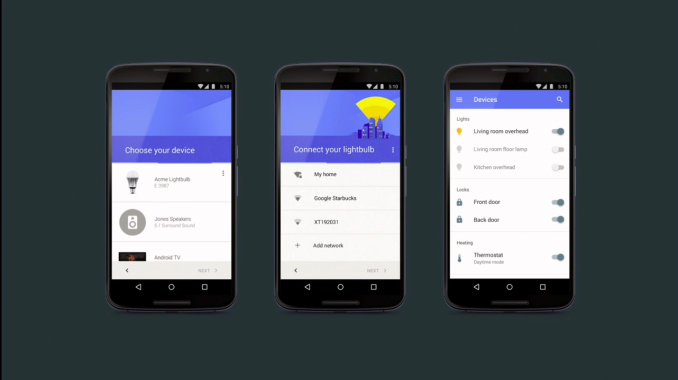 Google plans to release the developer preview of Project Brillo in Q3 while the WEAVE API standard is supposed to see its publication in Q4 later in the year.