The Seagate Game Drive For Xbox: Do You Need A Green Drive?

When Seagate first announced the Game Drive for Xbox, they chose Gamescon as a venue to launch the new product. With the prolific Xbox branding, this is not a drive they would expect you to purchase for use with your MacBook. Not that you couldn’t of course, but they seem to have a pretty clearly defined target market for the Game Drive.

When Microsoft first launched the Xbox One, it came with a 500 GB internal drive, of which about 360 GB is available for the end user. Since that time, they have also released models with 1 TB of internal storage. It is unfortunate that the Xbox One does not feature an easily replaceable drive, but a few months after release they added support for external USB drives. The Seagate Game Drive for Xbox is specifically designed for this role. It has been certified by Microsoft for use with the Xbox, but mostly it has been branded with Xbox and colored Xbox green. 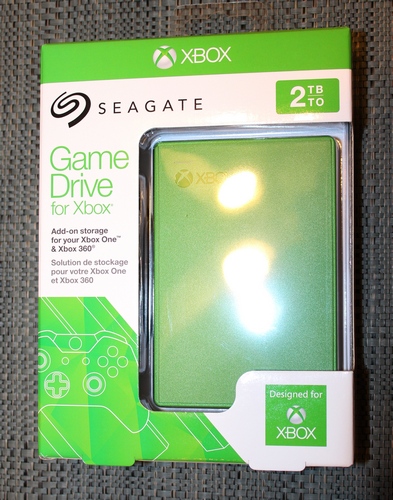 The package comes with just the drive and a micro USB 3.0 cable for use, which is 18-inches in length. The drive is pre-formatted with NTFS and if you want you can of course use this as a USB 3.0 storage drive on a PC as well. Maybe you are an Xbox fan. The drive is powered by the USB cable as well so there are no other connections necessary.

Configuring the drive for use with the Xbox is as easy as plugging it in. The Xbox will detect it and ask if you want to format it for use with games and content, and you just say yes. Easy as that.

Once installed on the Xbox it will ask you if you want to use it as the default save location for new downloads and game installs. The Xbox does not pool this drive, which makes it slightly more complicated to use since if you want your existing games there you have to move them. Pooling would make this seamless for the end user. The advantage of pooling though is that you can bring your Game Drive with you over to another Xbox and you will be guaranteed that your games are there, so you can just start playing. 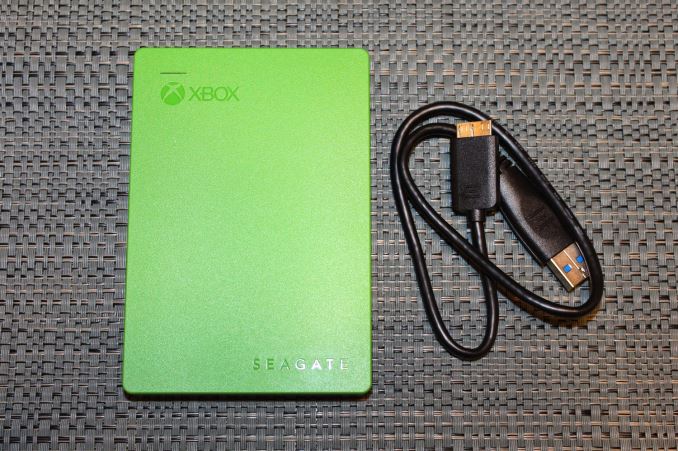 As someone who has been around the field for a while, it continues to amaze me how much storage they can fit into a magnetic platter. The Game Drive for Xbox is 2 TB (calculated in base 10 for reasons only marketing would be able to explain) and adds a significant amount of storage to the Xbox One without being bulky. It is very small and quiet, being a laptop based drive. There are no cooling fans to fail, or ramp up in volume.

Performance of the Game Drive for Xbox is quite good for a small spinning drive. Read and write speed for sequential files is over 130 MB/s and being a spinning disk, random workloads fall well below that maximum speed. 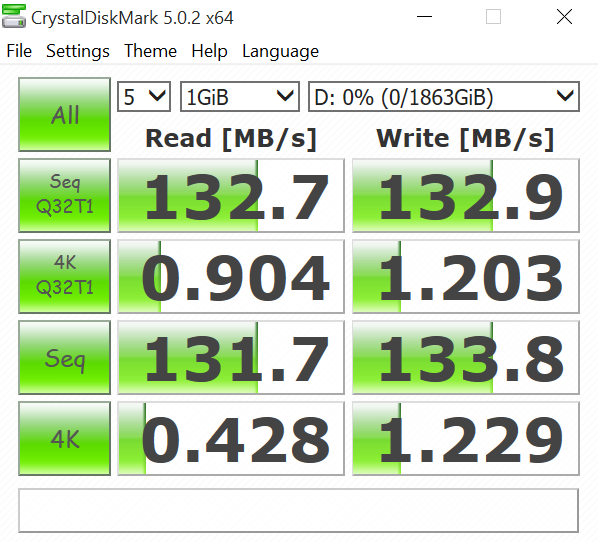 The physical device measures 117mm x 80mm x 14.8mm and weighs 170 grams. It is actually smaller in person than I expected from the product shots. The green case is only green on the top, and black underneath. I like the green, but considering the Xbox One is generally black, it kind of stands out and doesn’t really match any home theatre equipment.

So do you need a green USB hard drive for the Xbox? No, of course not. Considering the package is only a couple of dollars more than Seagate’s standard 2.5-inch drive USB 3.0 product, I appreciate them trying to reach out to a different audience than those who just want a basic black hard drive, and in case you were wondering, it also works with the Xbox 360.