SUN's Ultrasparc T1, formerly known as Niagara, is much more than just a new UltraSparc. It is the harbinger of a new generation of CPUs, which focus almost solely on Thread Level Parallelism. No less than 32 independent parts of a different program (threads) can be "in flight" on the chip. It is SUN's first implementation of their Throughput computing philosophy, and compared to what we are used to in the AMD/Intel world, it is a pretty extreme architecture that focuses on network and server performance. 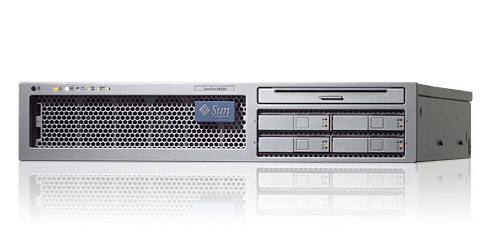 SUN's Ultrasparc T1 is little less than a revolution in the server world. How else would you describe a 72 W, 1.2 GHz chip that is almost 3 times (in SpecWeb2005) as fast as four Xeon cores at 2.8 GHz, which consume up to 300 W? Of course, there are a few snakes in the grass too, as T1 does not like every kind of server workload. In this article, we explore the architecture and the principles behind it, and how it performs.

The basic idea behind the UltraSparc T1 is that most modern superscalar Out-Of-Order CPUs may be excellent for games, digital content creation and scientific calculations, but they are not a good match for commercial server loads.

Server workloads, however, cannot make good use of all this parallelism for several reasons. The main reason is that commercial server loads move a lot of data around and perform relatively little calculation on that data. Moving a lot of data around means that you may need a lot of accesses to the memory, which results in many cycles wasted while the CPU has to wait for the data to arrive. As many different users query different parts of the database, caching cannot be as efficient (low locality of reference). In the past years, memory latency has become worse as memory speed increased a lot slower than the speed of the CPU. Memory latency is even worse on MP (Multi-Processor) systems, and has risen from a few tens of CPU cycles to 200-400 clock cycles. The second reason is that many of the calculations performed on that data involve data dependent (read: hard to predict) branches, which makes it even harder to do a lot in parallel.

You might counter these two problems by eliminating the branches through predication and incorporate very large caches. That is what the Itanium family does, but even the mighty Itanium is not capable of running those server loads at high speeds despite predication and gigantic caches. Below, you can see Intel's own numbers for CPU utilization on the 3 different workloads. 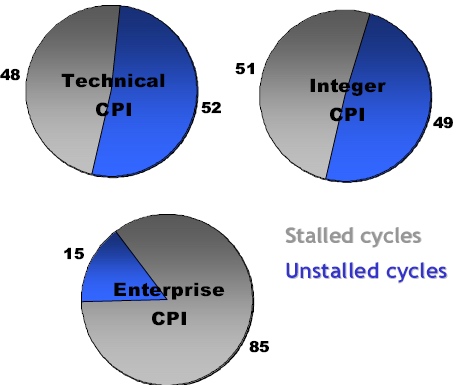 Fig 2: Intel reporting the percentage of stalled cycles of different applications on the Itanium 2 family. Source:Intel.

So, while the Floating point intensive applications such as scientific simulations and 3D rendering achieve relatively good parallelism on the superscalar CPUs, even the chip with the highest IPC stalled 85% of the time in Enterprise (i.e. server loads).

The applications that can be found inside Spec Integer benchmark are still rather compute-intensive compared to server applications. Compression, FPGA Circuit Placement and Routing, Compiling and interpreting, and computer visualization are representatives of very CPU intensive integer loads. On average, the best desktop CPUs such as the Athlon 64 or Intel Dothan are capable of sustaining 0.8 to 1 instructions per clock cycle in this benchmark, while the Pentium 4 is around 0.5-0.7 IPC. Itanium is capable of a 1.3-1.5 IPC. That may sound like very low numbers, but let us compare SpecInt with typical server loads. In the table below, you find how the 4-way superscalar USIIIi does on the various benchmarks.


Rather than focus on the absolute numbers, it is more important to note that web applications have 3 times less IPC than CPU intensive integer apps. OLTP databases (TPC-C) do even worse: the CPU sustains on average 0.2 instructions per clock pulse, or 4.5 less than SpecInt. These numbers are no different for the Opteron or Xeon. So despite Out of Order execution, nifty branch prediction schemes and big caches, commercial server loads utilize a very meagre 10 to 15% of the potential of modern CPUs.

One possible solution is to focus on clock speed instead of trying to process as many instructions in parallel (ILP, instruction level parallelism). The long pipelines of such CPUs make the branch prediction problem worse, and the power consumption goes up exponentially as we discussed in a previous article about dynamic power and power leakage.